Iranian official: Our revolution has gone beyond the Mediterranean 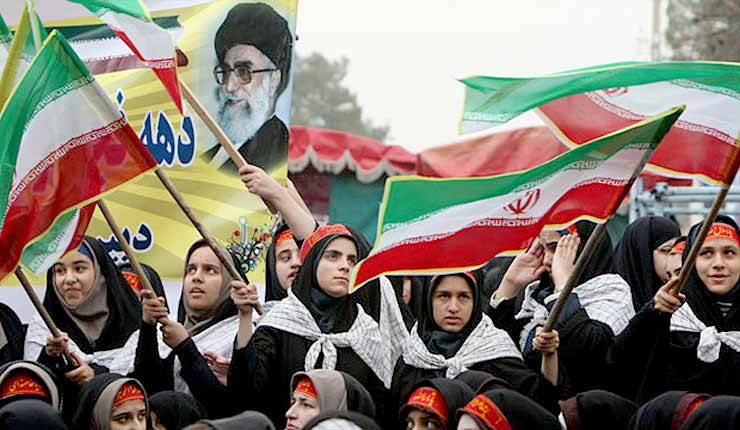 Iran’s Islamic revolution is now beyond the geographical borders of the Republic, spokesman for the Iranian Revolutionary Guards (IRGC), Brigadier General Ramadan Sharif said, adding that the revolution’s ideology has now been exported to beyond the Mediterranean Sea.

On the sidelines of the 38th anniversary of the Iranian revolution, Sharif’s comments were echoed by the Deputy Commander of Cultural Affairs for the IRGC, Hamid Reza Moghaddam Far, who said that “the goal of exporting the revolution is not in sending advocates and preachers to other countries, but rather exporting the ideology”.

Substitute Friday prayers leader of Tehran Ayatollah Mohammad Emami Kashani told worshippers that the leader of the revolution, Ayatollah Khomeini, has relied on God throughout all his life, stressing that his actions and words are clear evidence to that.

The Afghani Fatemiyoun Division, a Shia militia fighting in Syria on the side of Assad’s regime, has also participated in 38th anniversary celebration. Iranian media circulated photos of the members of this division.

Tasnim agency said that the division got involved in Syria because Islam does not know borders, adding that this division will always stand by Khomeini’s divine goals.

Iranian media reported that the Fatemiyoun have shown a part of their comrades’ victories, without specifying whether they were recorded in Syria or elsewhere. However, they also mentioned at the end that their blood was shed in Damascus.

The Fatemiyoun Division was brought to Syria in order to fight along with mercenaries from several sectarian armed groups that are funded, trained, and equipped by the Iranian Revolutionary Guards and the Iranian government.


Know Thine Enemy: Creating A Clear Plan in the War Against Radical Islam What Is the Muslim Brotherhood?

One thought on “Iranian official: Our revolution has gone beyond the Mediterranean”