Trump ‘I won’t condemn Israel, it’s been through enough’ 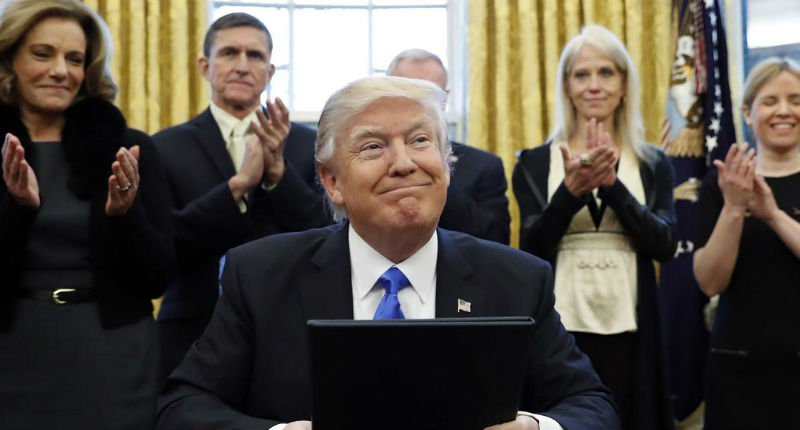 In exclusive interview, U.S. President Donald Trump says he understands and respects Israel greatly • Trump stresses he would like to see peace in the Middle East and beyond, says he looks forward to meeting with PM Netanyahu next week.

“I understand Israel very well and I respect Israel. … I would like to see peace [between Israel and the Palestinians] and beyond,” U.S. President Donald Trump told Israel Hayom in an exclusive interview Thursday — the first interview the 45th president of the United States has given Israeli media since taking office on Jan. 20.

Q: On multiple occasions we spoke of your views on Israel and your determination to be Israel’s friend. Can you share your general plan for improving Israeli-American relations after the past eight years?

“Well, I think we are going to have a better relationship. The deal with Iran was a disaster for Israel. Inconceivable that it was made. It was poorly negotiated and executed. Everything about that deal was something. … You know, as a deal person, I understand all sides of deals. I understand good deals and bad deals, but this deal is not even comprehensible. Beyond comprehension. And you see the way Iran has reacted; unlike reacting as they should, which is being thankful for President [Barack] Obama for making such a deal, which was so much to their advantage. They felt emboldened even before he left office. It is too bad a deal like that was made.”

Q: What is your biggest takeaway from your meeting with PM Netanyahu in September? People say you have good chemistry. Is that true?

“We do. We’ve always had good chemistry, and he is a good man. He wants to do the right thing for Israel. He would like peace; I believe that he wants peace and wants to have it badly. I have always liked him.”

Q: How soon will you decide on the issue of relocating the U.S. Embassy to Jerusalem?

“Well, I want Israel to be reasonable with respect to peace. I want to see peace happen. It should happen. After all these years. … Maybe there is even a chance for a bigger peace than just Israel and the Palestinians. I would like to see a level of reasonableness of both parties, and I think we have a good chance of doing that.”

Q: And the embassy?

Q: We heard from Washington this week that settlements are not an impediment to the peace process. I guess this is an issue you and Prime Minister Benjamin Netanyahu are going to discuss?

Q: Will we see America condemn Israel a lot during your presidency?

“No, I don’t want to condemn Israel. Israel has had a long history of condemnation and difficulty. And I don’t want to be condemning Israel. I understand Israel very well, and I respect Israel a lot, and they have been through a lot. I would like to see peace and beyond that. And I think that peace for Israel would be a good thing for the Israeli people, not just a good thing, a great thing.”

Q: You always speak about making good deals. Don’t the Palestinians have to make concessions as well?

“Yeah. They do. Absolutely. It has to be good for everybody. No deal is good if it is not good for everybody, and we are in that process, and we will see what happens. People have been in that process for many decades, and it has been going a long for a long time. So many people think it cannot be made. I have very smart people that … say a deal can’t be made. I disagree with them. I think a deal should be made, and it can be made,” he concluded.


Dr. Essam el-Erian, a Muslim Brotherhood official and adviser to the Egyptian president, has called on Jews who left Egypt to return, as "Israel will be destroyed within a decade" Palestinian writer afraid to go home amid uproar over novel