Palestinian writer afraid to go home amid uproar over novel 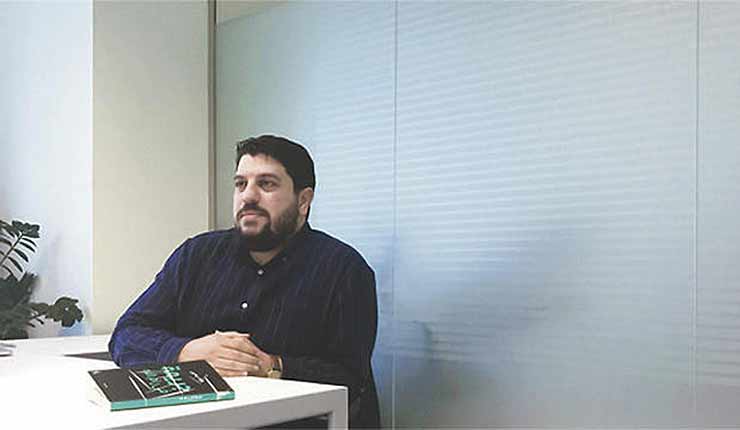 The novel, ‘Crime in Ramallah, tracks the lives of three young Palestinian men who meet in the city and is meant to symbolize the Palestinian national movement, which has failed to ‘rescue the nation or deliver independence.’ Abbad: ‘I don’t know what to do. If I go back, I will be arrested, and if I stay here, I can’t stay far from my home and family.’

A young Palestinian author is stranded in Qatar after Palestinian authorities in the West Bank confiscated all copies of his latest novel and issued an arrest warrant for him—accusing him of including “sexual terms” in a provocative work that takes aim at taboo issues such as fanaticism, religious extremism and homosexuality.

The crackdown on 29-year-old Abbad Yahya has set off a wide public debate between the Palestinian society’s large conservative segment and the small liberal minority.

In a telephone interview, Yahya told The Associated Press that he was visiting Doha when he learned of the ban and the arrest warrant, published by the official governmental news agency. He said he is now stuck in the Qatari capital, fearing he would be arrested as soon as he returns home.

“I don’t know what to do. If I go back, I will be arrested, and if I stay here, I can’t stay far from my home and family,” he said.

The novel, “Crime in Ramallah,” tracks the lives of three young Palestinian men who meet in the city, which serves as the headquarters of the Palestinian government that rules in autonomous enclaves of the West Bank. The youths work together in a bar, where the murder of a young woman takes place.

One of the three, a gay youth, is arrested and interrogated about the crime. Although he is cleared of any charges, the officers realize he is gay and they beat and humiliate him. He ends up moving to France, looking for a society that accepts him.

The second man faces huge outrage from members of his conservative family after they learn that he works in a bar that serves alcohol, which is banned by Islam. Later in the book, he turns into a religious extremist.

The third man is the boyfriend of the murdered woman. He is haunted by the killing, which he witnessed while remaining paralyzed, unsure whether he should chase the killer or try to save his dying girlfriend.

Unable to stand the torment any longer, he ends up killing himself. The scene is meant to symbolize the Palestinian national movement, which has failed to rescue the nation or deliver independence. 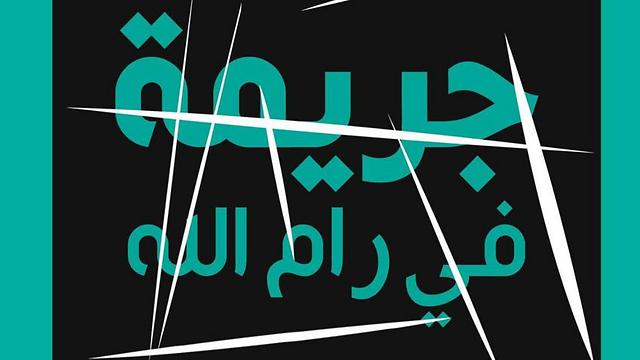 “Like all societies in the region, our society is seeing the growth of fanaticism and extremism and is reproducing social conservativism,” Yahya said. “These trends appear in the society in a mixture of religious and national slogans.”

The novel makes fun of Palestinian leaders and portrays them as losers. It also includes some graphic sexual language that many see as unacceptable in this conservative society.

The criticism of the novel and its author has been widespread, even among his colleagues.

The head of the Palestinian Writers Union, Murad Sudani, harshly criticized the writer, saying he wrote a “silly novel that violates the national and religious values of the society in order to appease the West and win prizes.”

“The job of the writer in our occupied country is to raise the hope and enlighten people, not to break the national and religious symbols,” Sudani added. “My freedom as a writer ends when the freedom of the country begins.”

Yahya said that since the warrant was issued, critics have started to threaten to harm him and his family. “I don’t know what else they are going to do,” he said.

Ghassan Khader, a Palestinian Facebook user, wrote on his page that Yahya “should be killed or arrested or deported.”

Another Facebook user, Hussein Mihyar, wrote on the page of the attorney general to praise the ban. “This novel serves the Israeli occupation and destroys our young generation,” Mihyar said.

The internationally backed Palestinian Authority has tightened its grip in the West Bank since losing control of the Gaza Strip to Hamas a decade ago. It has occasionally arrested or harassed critics over comments posted on social media.

The uproar over Yahya’s book, however, has helped increase sales.

One bookshop owner in Ramallah said that he sold 10 copies of the novel in its first two months of release. But on the day of the ban, he sold 17 copies before police came and confiscated his remaining copies.

The book’s distributor, Fuad Akleek, said he was arrested at a bookshop “in a very humiliating way.”

He said police grabbed him and pushed him into a car without showing a warrant. Akleek said he was held for six hours before the Palestinian culture minister, Ehab Bsaiso, intervened and arranged his release. But he said police confiscated all remaining copies, about 500 in bookstores and 500 in libraries across the West Bank.

Akleek said he was surprised by the rough treatment because there is no legal requirement for obtaining a permit in order to publish or distribute books in the West Bank.

“It is not a crime to distribute a book,” he said. “The one who judges a novel and author is the reader.”

Bsaiso, the culture minister, has also urged the attorney general to cancel the book ban and Yahya’s arrest warrant.


Trump 'I won't condemn Israel, it's been through enough' Russia Considers Returning Snowden to U.S. to ‘Curry Favor’ With Trump: Official