Dr. Essam el-Erian, a Muslim Brotherhood official and adviser to the Egyptian president, has called on Jews who left Egypt to return, as “Israel will be destroyed within a decade” 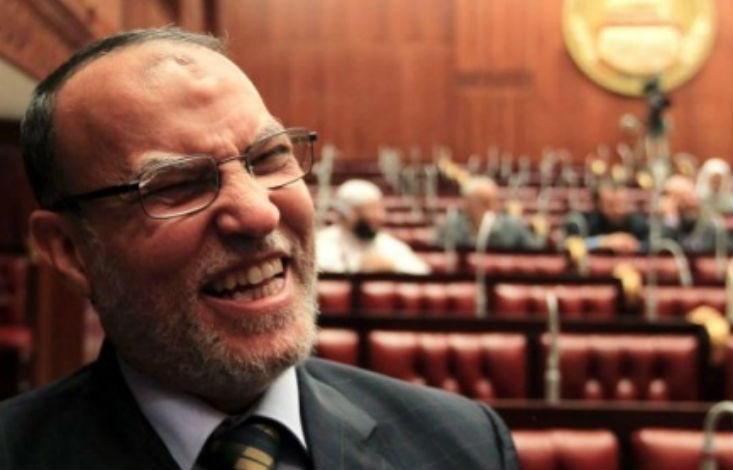 Dr. Essam el-Erian, a senior Muslim Brotherhood official and adviser to the Egyptian president, has called on Jews who left Egypt to return, as “Israel will be destroyed within a decade” • A spokesman for President Mohammed Morsi says the presidency is not responsible for El-Erian’s statements, and that he does not speak on the president’s behalf.

Dr. Essam el-Erian, a senior Muslim Brotherhood official and adviser to the Egyptian president, has called on Jews who left Egypt to return, as “Israel will be destroyed within a decade.”

Speaking to the pan-Arab daily Asharq Al-Awsat from Cairo, El-Erian called on Egypt’s Jews “to leave historic Palestine and return to the country from which they came,” and predicted “the demise of the State of Israel within 10 years,” the paper reported.

“The Jews are occupying the historic Land of Palestine and are an obstacle to the right of return of the Palestinians,” El-Erian said.

“I have said that for the Palestinian refugees to return to their homeland, the occupiers of the land … these occupiers have previous homelands, and I pray for the return of the Palestinians and for those who occupied their land to be deported,” El-Erian said.

El-Erian was quoted at length about the alleged motivations behind the “Zionist project.”

“I do not speak on behalf of Egypt, I am speaking on my own behalf,” he said.

“The Jewish occupiers of the territory of historic Palestine are an obstacle to the right of return of the Palestinians. There are an estimated 14 million Jews in the world and only about 6 million in the land of Palestine. They can go out to other places they consider the best for them. The Zionist ideology ended in failure and this project [Israel] fated to collapse in coming years.

“The Zionist project in Palestine came to prevent the existence of democracy in the Arab countries, and to prevent the presence of Arab unity and development in the Arab region. It came to deplete the wealth of the Arabs by making them stockpile weapons in countries that do not fight at all but spend billions on buying aircraft.

“We [Egypt] are the only ones who have a strong and equipped army. I say clearly, those who can read the future see that this project [Israel] will fall within one decade. This is our faith, that the people of Palestine will return to Palestine. There will be no such thing as Israel, it will be called Palestine, where Jews, Muslims, Christians and Druze and all the people who live there will remain Palestinian citizens. This is our faith and this is what we live and strive for. We tell all those who came and occupied Palestine to return to their countries,” El-Erian said.

El-Erian linked his work in the Constituent Assembly drafting a new constitution for Egypt, and its provisions for religious freedoms for Christians and Jews, with his prediction of Israel’s demise. “We have a Jewish minority. And while it’s true that it is only in the dozens now but we have [Egyptian] Jews [in Israel] and when the Palestinian issue is resolved and the Jews will have a right of return to Egypt, this is one of the options open to them, either return to Egypt or leave to other places.”

A spokesman for President Mohammed Morsi told the newspaper that the presidency was not responsible for El-Erian’s statements, and that he did not speak on the president’s behalf.

“What he said about the demise of Israel in less than 10 years does not represent the presidency because he is not speaking in an official capacity,” a source in the presidency told Asharq Al-Awsat.

El-Erian is a senior Brotherhood member, vice chairman of the ruling Freedom and Justice Party and heads its parliamentary body in the Shura Council.

El-Erian’s comments come hot on the heels of the Simon Wiesenthal Center’s 2012 Top Ten Anti-Semitic/Anti-Israel Slurs report in which the Muslim Brotherhood’s spiritual guide, Mohammed Badie, came in first with the following statement: “The Jews have dominated the land, spread corruption on earth, spilled the blood of believers and in their actions profaned holy places. Zionists only understand the language of force and will not relent without duress. This will happen only through holy jihad.”

An Egyptian analyst, Dr. Abdel Razak Soliman of the International Center for Future and Strategic Studies in Cairo told Asharq Al-Awsat that El-Erian’s comments should be seen in the context of the rise of Islamist political movements in the Arab world, who want to show the West that they can coexist with the Jews, if not the Zionists.

Since the Wiesenthal report showed that “Badie was the number one enemy of the Jews,” El-Erian is trying to show the world that the Muslim Brotherhood has no problem with Jews, that this is safeguarded in their constitution. Their problem is with the Zionists,” Soliman said.


What Is the Muslim Brotherhood? Trump 'I won't condemn Israel, it's been through enough'