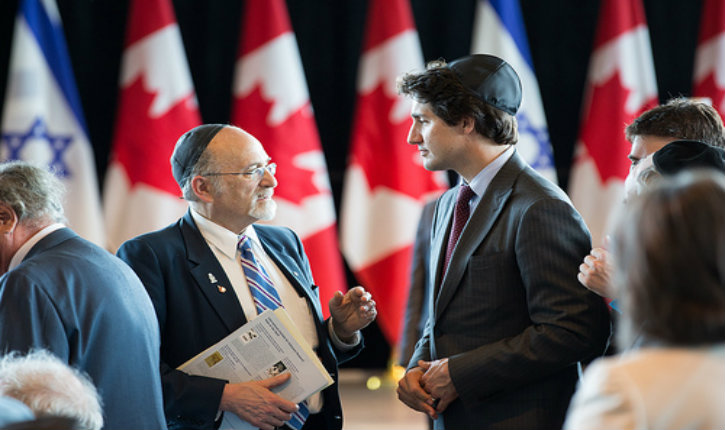 A prominent Canadian Jewish pro-Israel activist has accused Canadian Prime Minister and the country’s Islamic community of ignoring blatant anti-Semitic incitement by a radical imam, even as the government wages a broad campaign against what some have dubbed ‘Islamophobia’.

The case in question centers around sermon by Sayed Al-Ghitawi, Imam of the Andalous Islamic Center in Montreal in which he has called upon Allah to “destroy the accursed Jews” and praised terrorist murderers, CIJ News reported.

The sermons, which go back to at least 2014, have included several variations of the following prayers:

Oh Allah, give victory to our brothers who engage in Jihad for Your sake in everywhere, Oh Lord of the Worlds

Oh Allah, give victory to our brothers who engage in Jihad in Palestine

Oh Allah, connect to their hearts

Oh Allah, give them victory over their enemy

Oh Allah, show us the black day you inflict on them

Oh Allah, make their children orphans and their women widows

This, pro-Israel activist Diane Weber Bederman noted on Thursday, is neither new nor an isolated incident within the Canadian Muslim community. Despite that, says Bederman, neither the Trudeau government nor local Muslim leaders have commented on the phenomenon.

Bederman also cited an online syllabus drawn up by the Islamic Circle of North America praising Jihad against heretics and non-believers.

While the government has acted swiftly against incitement targeting Muslims, particularly in the wake of Alexandre Bissonnette’s shooting of six Muslims in a Quebec mosque, Bederman points out, explicit calls for violence by Muslims against Jews are completely ignored.

“What is happening in my tolerant, inclusive, accommodating, diverse Canada,” wrote Bederman, “that we gather round when Muslims are murdered but remain silent when calls to murder Jews take place in Muslim houses of worship?”

3 thoughts on “Why doesn’t Trudeau condemn anti-Semitic incitement in Canada?”