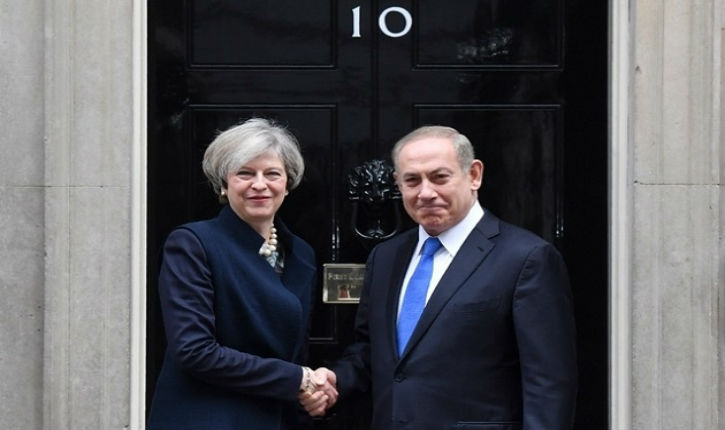 TEL AVIV – Following Prime Minister Benjamin Netanyahu’s meeting in London with his UK counterpart Theresa May, a leading daily in that country said in an editorial that “maintaining good relations with Israel is vital to British interests” and will help protect Britain from the Islamic State.

According to the Daily Telegraph, the meeting was a “timely reminder of how important it is for Britain to maintain a strong relationship with the Jewish state.”

As the region’s only truly democratic nation, Israel stands as a beacon of stability in a part of the world where the autocratic and dictatorial style of so many neighboring regimes means the Arab world is now facing its biggest existential crisis since Israel’s victory in the Six Day War in 1967.

Maintaining good relations with Israel is vital to British interests, as well as helping to defeat Islamic State in Iraq and the Levant (ISIL). Israel is also an important ally when it comes to tackling rogue states like Iran, which is committed to undermining Western interests in the region.

The editorial slammed the Obama administration for turning “a blind eye to Iran’s unwelcome meddling in the Arab world” in an effort to uphold the nuclear deal, leading the Islamic Republic to have “free rein to export the ayatollahs’ poisonous ideology as far afield as Yemen, Iraq, Syria and Lebanon.”

The paper acknowledged the two leaders’ differences, especially in regards to the settlements around Jerusalem, but said, “The far greater priority must be to reassure the Israeli people that Britain is committed to resisting states like Iran that are dedicated to their destruction.”

Last month, May told Republican leaders that the U.S. and the UK must band together to protect Israel’s security, saying “we must always stand up for our friends and allies in democratic countries that find themselves in tough neighborhoods too.”