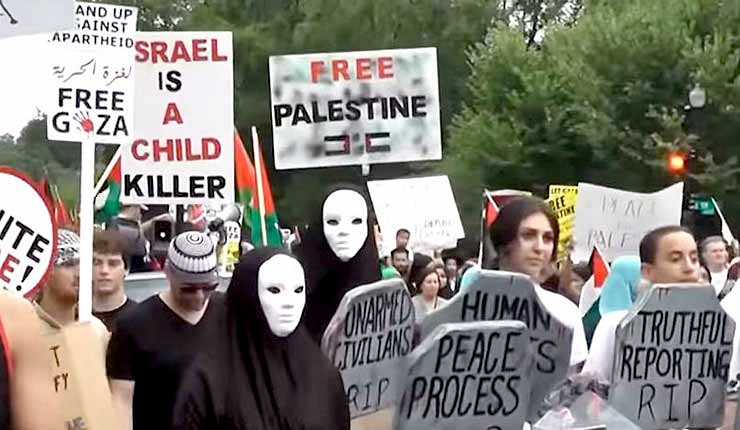 A leading member of so-called pro-Palestinian student groups at McGill University in Montreal, Canada, Igor Sadikov, became notorious on Thursday February 9 when his tweet calling for violence against Zionists was uncovered. His tweet and his later reactions expose the violent mentality of those who pretend to be pro-Palestinian, but they also expose much more than that.

Sadikov’s casual tweet to “punch a Zionist today” reflects the fact that so-called pro-Palestinian groups support the way that Palestinian entities such as Hamas and Fatah have chosen to handle the conflict with Israel, by using violence. When caught, Sadikov said, “I regret the poorly thought-out format I used to phrase my opposition to Zionism and colonialism and the harm that the tweet has caused”. Yes, because the “format” of his tweet was the problem… The font perhaps?

Further to that, Sadikov’s response indicates an obsession with opposing Zionism. Sadikov projects old leftist struggles against colonialism on a situation where Jews have a 3000-years history and are by far one of the most legitimately native people in the Middle East. He hates a group that he does not understand, a typical feature of xenophobia.

Sadikov’s xenophobia towards Zionists is further coupled with a total lack of concern for Palestinians. Both his tweet and his first post-caught reaction did not even mention the word Palestinian. There was no “Yeah for a Palestinian state”, and not even a “Free Palestine”. Only the repetition of uninformed criticism of Zionism.

Sadikov later added his “opposition to the dispossession and colonization of Palestinian land and to the mistreatment of Palestinian people”, perhaps realizing, albeit a bit late, what his cause was supposed to be about. But still, no call for a Palestinian state, only a repetition of largely discredited boiler-plate accusations against Israel, as if such accusations were self-evident.

This incident tells us exactly why Palestinians do not have a state today. The groups who represent them, both in Palestine and in the rest of the world, do not consider the creation of a Palestinian state to be a high priority. Their top priority has always been and still is today the destruction of the Jewish state.

This leaves the few true pro-Palestinian advocates, those whose top priority is the creation of an independent and democratic Palestinian state, feeling hopeless and disenchanted.