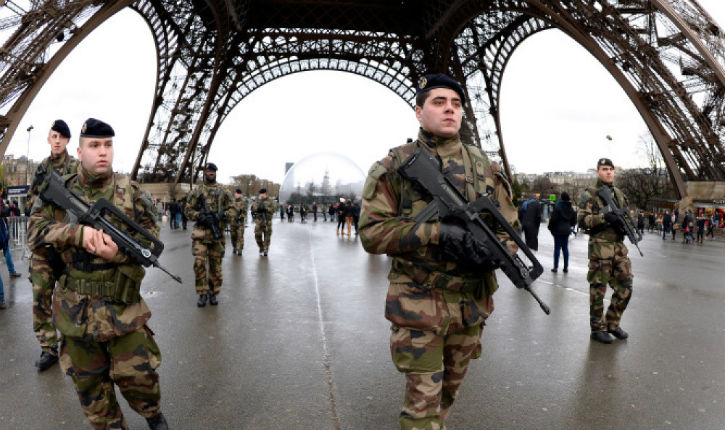 Paris is spending 20 million euros ($22 million) to build a protective barrier around the Eiffel Tower to replace temporary structures that were put up after a series of terror attacks.

“Sadly, the risk of terrorism hasn’t gone away,” deputy mayor Jean-François Martins said at a Paris press conference. “It’s not a wall, it’s an aesthetic perimeter.”

Martins wouldn’t confirm a report in Thursday’s Le Parisien newspaper that a clear glass structure would be built around the tower’s esplanade. The form the new structure takes will depend on solutions proposed in response to the city’s call for tenders, he said.

Temporary and movable metal barriers were sporadically thrown up in 2015 and have been in place continuously since France hosted the Euro 2016 soccer championships last summer.

The new perimeter will include the space under the tower, as well as two ponds on either side of it, an area roughly 200 by 300 meters. It must be able to stop bullets and vehicles, he said. Tourists will be free to enter the area after a security check, with payment required only to go up the Tower itself.

Martins said he didn’t think the sight of yet another security measure in Paris — where fully armed soldiers on patrol has become a common sight — will deter tourists. “What scares tourists is lack of security, not security,” he said. The new structure will be the