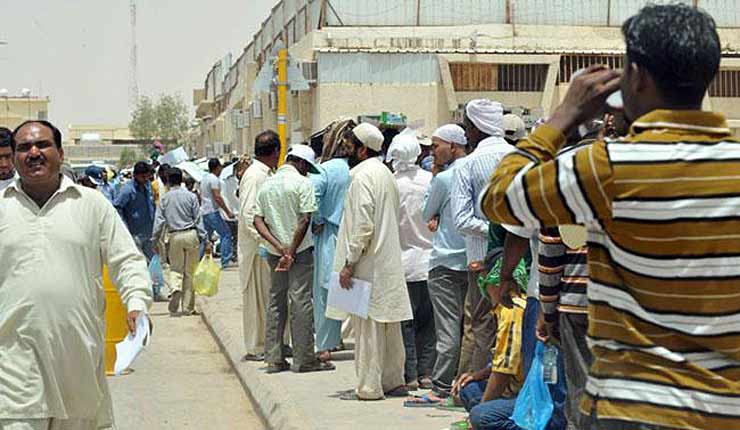 Saudi Arabia walks the same path as USA, deports 39,000 Pakistani people and has decided to investigate thoroughly before letting anyone from Pakistan enter the country.

With President Donald Trump barring the entry of Muslims in USA, seemingly other countries are also taking the advantage of sitting under the tree that POTUS planted recently.

After USA, Saudi Arabia has decided that an investigation procedure is needed to let in people from Pakistan as well. After deporting 39,000 Pakistanis within four months, Saudi Arabia aims to filter the people who are entering in their kingdom.

Saudi Arabia’s reason behind this behavior towards Pakistan is due to the violation of rules and increase in acts of terrorism. And according to Saudi Arabia, most of the convicts are from Pakistan.

The kingdom of Islamic states feels threatened from the country and decided to take some precautions to avoid the increase in terrorist activities.

According to the Saudi Gazette, the kingdom has decided to scrutinize every individual who wishes to enter their land and will be seeking intelligence and all the required data about specific individuals.

Abdullah Al-Sadoun, chairman of the security committee of the Shoura Council said that the political and religious inclinations of the Pakistanis coming to work in the Kingdom should be known to both sides before they are recruited for work in the Kingdom.

“Pakistan itself is plagued with terrorism due to its close proximity with Afghanistan. The Taliban extremist movement was itself born in Pakistan,” he told Saudi Gazette.

According to Nafithat Tawasul of the Interior Ministry, there are 82 Pakistani suspects of terror and security issues who are currently held in intelligence prisons.

The attackers who were planning to blow up the Al-Jawhara stadium in Jeddah were also from Pakistan along with the man who blew himself up in front of the US consulate in Jeddah.

Pakistan has also been warned by the USA to share correct data and backgrounds of people or Pakistan will be likely to experience a travel ban.