Israel reprimands Belgium after its PM met with anti-Israel orgs 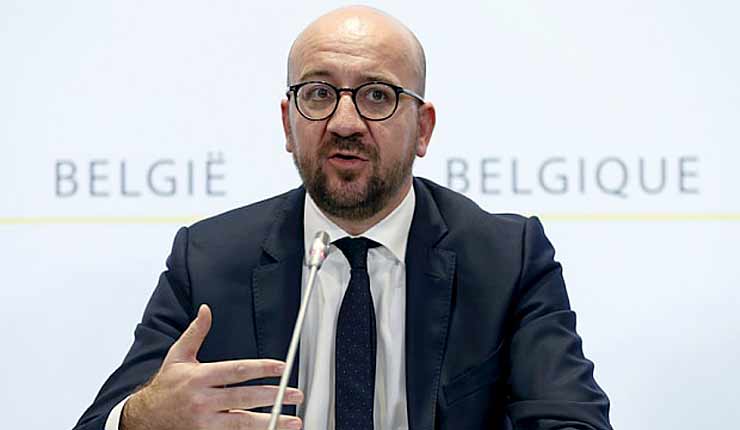 The Belgian prime minister met with organizations that operate against the Jewish state during his state visit to the country. Israel was quick to retaliate.

The diplomatic incident was sparked following Belgian Prime Minister Charles Michel’s meeting earlier in the day with the extreme left-wing B’Tselem organization and anti-IDF Breaking the Silence during his state visit to the Jewish state.

Israel views the incident “with utmost gravity,” the Prime Minister’s Office said in a statement.

“The Belgian government needs to decide whether it wants to change direction or continue with an anti-Israel line,” the statement read.

Netanyahu has directed that legislation be advanced to prevent financing by foreign governmentsfor NGOs that harm IDF soldiers.

Both B’Tselem and Breaking the Silence receive such funding from multiple European countries, including an organization operating within the Palestinian Authority (PA)-administered territories.

Breaking the Silence received $1,352,500 through the governments of Belgium, Denmark, France, Germany, the Netherlands, Ireland, Norway, Spain, Switzerland, Sweden, the UK and the EU in 2015.

It also received $303,500 and an additional emergency grant from the Palestinian Fund Secretariat for Human Rights and International Law, operating out of PA-controlled Ramallah—which noted in its 2015 report that it paid Breaking the Silence to bring them at least one negative testimony against the IDF.

The Israeli Knesset is also considering a bill that would prohibit Breaking the Silence members from speaking at educational institutions.

Acting on Behalf of Foreign Governments

Breaking the Silence, an anti-Israel organization, is comprised of veteran IDF combatants who have served since the start of the Second Intifada and are ostensibly committed “to expose the Israeli public to the reality of everyday life in the Occupied Territories.”

While claiming that their goal is to “raise awareness over the everyday reality of serving in the [so-called] occupied territories and to create a discussion about the cost of military control over a civilian population for so many years,” the NGO refuses to post the names of the soldiers who testify.

They also refused to pass along their accounts to the IDF’s Military Advocate General’s Corps for investigation, despite repeated requests by senior IDF officials. Breaking the Silence members routinely go abroad to spread their allegations instead of taking their complaints directly to the IDF or civilian courts.

Nadav Weiman, the public relations coordinator of Breaking the Silence, recently told activists, “If you shoot at soldiers, you are trying to kill soldiers. You are not a terrorist.”

“If there is another country that is conquering your country, the area where you live, you are allowed to use violent means to fight the conquering entity, only…against soldiers and police officers, but if you stab a soldier at a checkpoint, that is not a terrorist attack,” Weiman said.