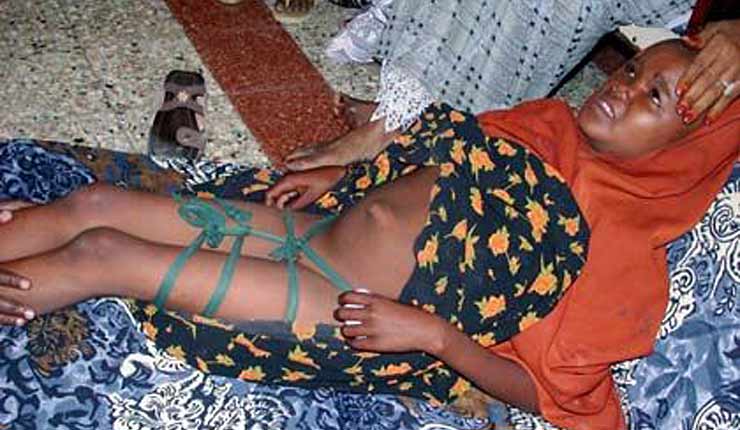 During a recent conference in the Swedish city of Gothenburg on the topic of female genital mutilation (FGM), experts dealing with the issue in Europe revealed some alarming facts and trends. Not only is the number of girls falling victim to the cultural tradition increasing, but they are getting younger as well. To make matters worse, many professionals working in health and social services in European countries do not report cases of sexual disfigurement fearing that, if they were to do so, they might be singled out as ‘racists’.

Angie Marriott, a former British nurse and independent consultant with over thirty years professional experience in issues such as honour-based violence, forced marriage, and FGM, was one of the speakers at the congress. More than 300 employees from Sweden’s social services, police, schools, and medical institutions attended the meeting which took place yesterday and had been organised by the County Council and the Västra Götaland Region, Göteborgs Posten reports.

Marriott told the attendants that:

“There exists a great fear among people in authority to be branded ‘racist’. That fear, coupled with the fact that we cannot talk to each other because of language deficiencies, are the biggest obstacles in the fight against FGM.”

In the United Kingdom alone, Marriott claims, some 65,000 girls under the age of 13 are at risk of falling victim to FGM. Less than two months ago, a British charity warned of so-called ‘female genital mutilation parties’ where girls are being cut in cities across England. Researchers working at the City University of London in 2015 estimated there were some 137,000 women who have been subjected to FGM in England and Wales alone, the BBC reports.

‘Midwives flown in for mutilation-parties’

In order to counter the problem, the British government, in 2015, made it mandatory for health workers to report FGM. Since then, some 5700 FGM cases have been registered in the UK. Marriott claims:

“The figures should be much higher,” Many people think that genital mutilation is only happening abroad. Today, we know that this is not the situation. We know that midwives are flown in and cut the girls during ‘mutilation-parties.”

Since the Swedes have witnessed an influx of migrants from countries such as Somalia, Egypt, and Eritrea, where FGM is part of culture and religion, the Scandinavian country is no stranger to the phenomenon.

Johannes Leidinger, head of a hospital in Stockholm, pointed at a worrying trend:

According to Swedish public health authorities, some 38,000 women and girls in Sweden have fallen victim to FGM. Even though the practice became part of criminal law in 1982, only two cases led to convictions.