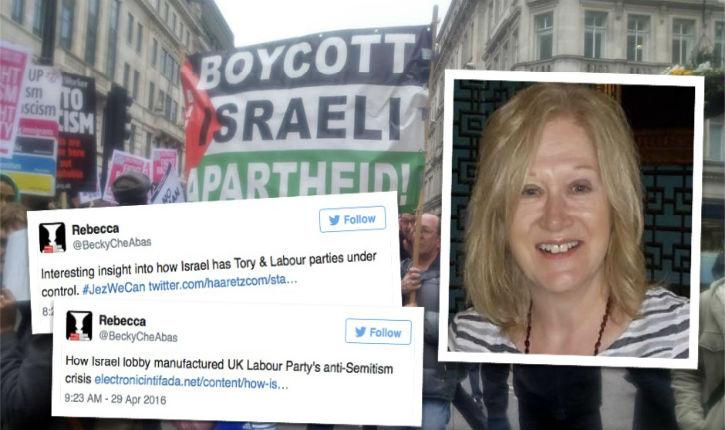 A JEWISH-owned community centre pulled the plug on a planned Labour Party meeting after an election candidate was accused of making anti-Semitic remarks.

Manager Maxine Gordon told Labour officials she was left with no choice after statements on social media by Rebecca Massey, the candidate for party secretary.

In a letter seen by The Argus, Ms Gordon wrote: “It came to my attention late last night there have been contentious statements made by Rebecca Massey on social media about Israel and Judaism.

“Due to the fact she was attending your meeting at Ralli Hall on Sunday, February 3, and our building and community centre is owned and run by a Jewish Foundation, we don’t feel it would be appropriate for the meeting to continue.”

Ms Massey is chairwoman of Hove, Brunswick and Adelaide branch of the party and is standing for election to treasurer of the Hove constituency party.

Delegates due to attend the Sunday’s meeting were told by the party’s regional organiser at 4pm on Saturday the venue was unavailable.

Comments by Ms Massey on Twitter included “Interesting insight into how Israel has Tory and Labour parties under control” and “How Israel lobby manufactured UK Labour Party’s anti-Semitism crisis [link]”.

They were the subject of an article by the Campaign Against Anti-Semitism published on Friday which sent shockwaves through the Hove constituency party, already split between pro and anti Corbyn factions.

Several leading Labour figures have told The Argus Ms Massey’s tweets contravene the new broader definition of anti-Semitism accepted by the UK Government – and Labour – in December, which includes a prohibition against statements about “Jews controlling the media, economy, government or other societal institutions”.

Former Hove MP Ivor Caplin, who is Jewish, said: “The definition makes clear you can’t say the sort of things she said on social media and not be anti-Semitic.”

He demanded a retraction, resignation or disciplinary action by the party.

Ms Massey issued a statement saying: “I am not a racist. I do campaign for justice for the Palestinian people and oppose continuing violations of international law by the state of Israel. This is legitimate activity and not anti-Semitic.

“As a supporter of Jeremy Corbyn I have been targeted in a horrible way by people whose aim is to derail the democratic process in Hove constituency Labour Party.”

Some on the Left of the party suggested the furore was whipped up by centrists keen to prevent Corbyn supporters, elected en masse to executive committee positions in the Kemptown and Pavilion constituency meetings on Saturday, from taking Hove. Ivor Caplin said that was “absolute fabrication.”

A spokesman for Hove Labour MP Peter Kyle said: “The Jewish community in Hove has expressed concern about an issue with a Labour Party member, therefore it is only fair to everyone involved that this is looked into with unbiased and fair clarity.”