The French Inquisition : France’s New Dreyfus Trial, a Jihad against the Truth 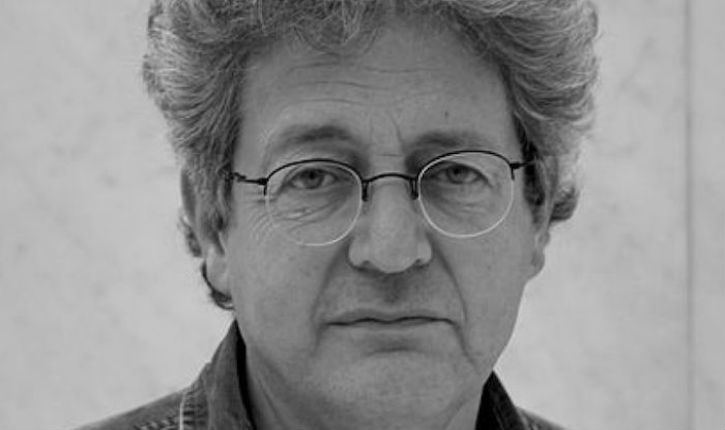 An important red line in France has just been crossed. In true dhimmi fashion, in a move reminiscent of both the Inquisition and the Dreyfus Trial, all of France’s so-called “anti-racist” organizations have joined a jihad against free speech and against truth.

On January 25, 2017, France’s “anti-racist” organizations — all of them, even the Jewish LICRA (International League against Racism and anti-Semitism) — joined the Islamist CCIF (Collective against Islamophobia) in court against Georges Bensoussan, a highly regarded Jewish historian of Moroccan extraction, and an expert on the history of Jews in Arab countries. 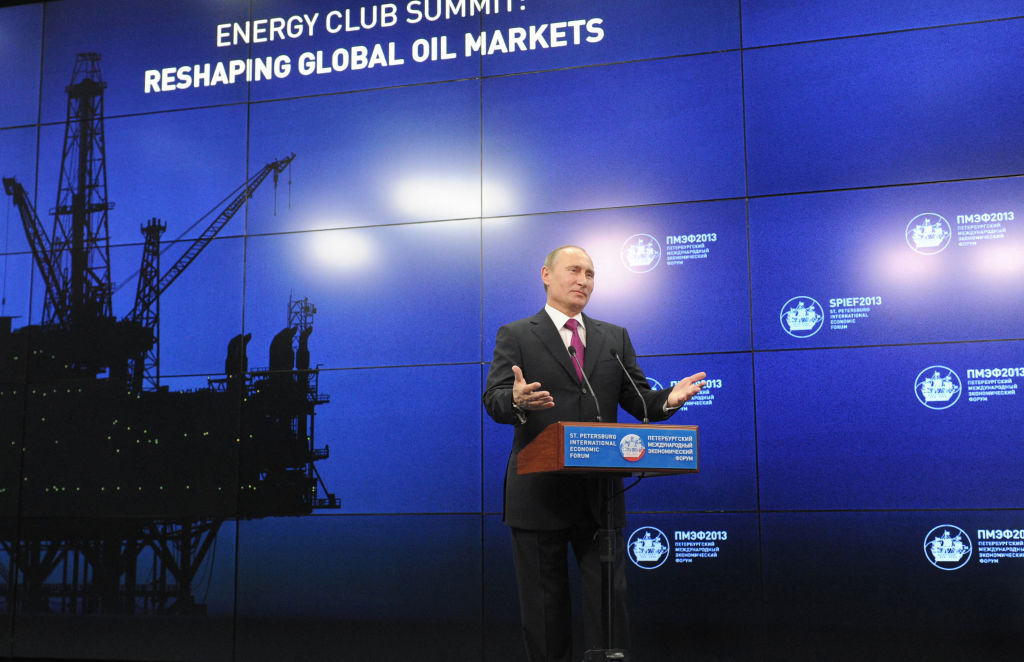 Georges Bensoussan, a highly regarded Jewish historian of Moroccan extraction, and an expert on the history of Jews in Arab countries.

Not only did the Islamist CCIF and the Jewish LICRA unite against him, but also the French Human Rights League, SOS Racism and MRAP (Movement against Racism and for Friendship with People).

Bensoussan is being prosecuted for remarks he made during a “France Culture” radio debate, about antisemitism among French Arabs:

“An Algerian sociologist, Smaïn Laacher, with great courage, just said in a documentary aired on Channel 3: It is a shame to deny this taboo, namely that in the Arab families in France, and everyone knows it but nobody wants to say it, anti-Semitism is sucked with mother’s milk.”

The documentary that Bensoussan was referring to was called “Teachers in the Lost Territories of the Republic,” and was aired in October 2015, on Channel 3. In this documentary, Laacher, who is a French professor of Algerian origin, said:

“Antisemitism is already awash in the domestic space… It… rolls almost naturally off the tongue, awash in the language… It is an insult. When parents shout at their children, when they want to reprimand them, they call them Jews. Yes. All Arab families know this. It is monumental hypocrisy not to see that this anti-Semitism begins as a domestic one.”

No complaint was filed against Laacher. But as soon as Bensoussan, in the heat of a radio debate, referred to Arab anti-Smitism as “sucked in with mother’s milk”, CCIF, followed by all anti-racist associations, brought Bensoussan to supposed justice. Their accusation was simple: “mother’s milk” is not a metaphor for cultural anti-Semitism transmitted through education, but a genetic and “essentialist” accusation. It means: “all Arabs are anti-Semitic” — in other words, Bensoussan is a racist.

Professor Smaïn Laacher, of the University of Strasbourg, denied the quote and told the website Mediapart. “I have never said nor written that kind of ignominy”. He filed a complaint against Bensoussan, but later withdrew it.

Judgment will be rendered March 7.

This witch-hunt against Bensoussan is symptomatic of the state of free speech today in France. With the leading Islamist CCIF stalking “Islamophobia”, intellectual intimidation is the rule. Complaints are filed against everyone not saying that Muslims are the main victim of racism in France.

In December 2016, Pascal Bruckner, a writer and philosopher, was also brought to court for saying in 2015, on Arte TV, “We need to make the record of collaborators of Charlie Hebdo’s murderers”. He named people in France who had instilled a climate of hatred against Charlie: the entertainer Guy Bedos, the rap singer Nekfeu, anti-racist organizations like The Indivisibles, or the journalist Rokhaya Diallo and the supremacist movement for “people of color” known as Les Indigènes de la République (“The Indigenous of the Republic”).

It was not the first time that Islamists filed complaints against people they dislike. Charlie Hebdo was twice brought to court by Islamist organizations. Twice, the accusations of Charlie’s Islamist accusers were dismissed.

But with the Bensoussan trial, we are entering in a new era. The most venerable, the most authentic anti-racist organizations — some of them are older than a century — are, shamefully, lining up with Islamist organizations.

This tipping point was initiated in the 1980s by with SOS Racism. This organization, founded to organize young Muslims and help them to assimilate into French society rapidly, became a political movement, manipulated by the Socialist Party. SOS Racism and its slogan, “Don’t hurt my buddy”, rapidly became a new direction to the working class. With the working class attracted by the far-right party Front National, the Socialist party needed a new “clientele”. They chose Muslims, especially young Muslims, as the new revolutionary labor class. It did not matter that most of them were unemployed: they were “victims”.

Thirty years later, it is easy for Islamist organizations to take the reins of this ideology of victimization, and to transform “anti-racism” into a fight against “Islamophobia”.

In 2016, at a symposium in Paris dedicated to “False Friends and Useful Idiots of Secularism”, Alain Jakubowicz, president of the Jewish anti-racist group LICRA, described the anti-racist field war:

“Today, CCIF (Collective against Islamophobia) is the leading anti-racist organization. This is terrifying. Today, CCIF and Indigenous of the Republic are the leading fighters against racism… not against anti-Semitism, because they do not care. This is not the question for them. And they are very clever to recruit “useful idiots” like rap singers. And Muslim youths, who have good reason to protest being those “left behind” in French society, see their idols promoting CCIF and its accusations of “state racism”. In 2016, how is it possible to talk about a racism practiced by the state in the French Republic ? This is unbelievable!”

In 2017, what is unbelievable is to see the same Alain Jakubowicz and the Jewish LICRA sitting side by side in court with CCIF to file a complaint against a prominent historian who simply speaks what he sees about the cultural transmission of anti-Semitism within the French Arab and French Muslim community.

Richard Abitbol, president of the Confederation of French Jews and Friends of Israel, accused Jakubowicz and LICRA of obeying the “necessity for them to find a Jewish scapegoat to build a virginity in order to comply with those who fight Islamophobia”.

To evaluate the treason of this Jewish anti-racist movement colluding with its worst enemy, it is important to remember that LICRA has been created to defend Samuel Schwartzbard. In 1920, in Paris, Schwartzbard had killed Simon Petlioura, a Cossack leader responsible for killing thousands of Jews in Ukraine. Schwartzbard was acquitted. LICRA militants were also famous in the 1930s for their street-fights against far-right anti-Semitic “Camelots du roi”.

But the LICRA disarray can be generalized to all the “anti-racist” movements. SOS Racism — which in 2008 supported the firing of a veiled Muslim employee by her employer — is today a follower of CCIF.

The venerable French League of the Human Rights (LDH), in 2006, had two prominent members — Antoine Spire and Cedric Porin — resign from the LDH and publish an op-ed in Le Monde accusing the LDH “of responding to the racism experienced by young people of immigrant background by showing complacency towards the Islamist organizations that claim to represent them”.

When the French philosopher Robert Redeker received death threats from Islamist terrorists because he criticized Islam, the LDH stated that it did not share the “noxious ideas” of Mr Redeker, but conceded that, “whatever one thinks of the writings of Mr Redeker, there is no reason for him to undergo such treatment”.

Regarding the MRAP (Movement against Racism and for Friendship with People), it is enough to say that its leader, Mouloud Aounit , publicly joins Tariq Ramadan of the Muslim Brotherhood to fight “Islamophobia”.

In September 2009, Sihem Habchi, president of the feminist association Ni Putes, Ni Soumises (Neither Whores nor Doormats), wrote in France Soir: “When I see MRAP, LDH, and Ligue de l’Enseignement accept female genital mutilation as a cultural practice, I realize that these people are not ready to help me to be free”.

In court, in defense of Bensoussan, Alain Finkielkraut, philosopher and academic, explained to the judge:

“A rogue anti-racism makes you to criminalize a concern instead of fighting the cause of this concern. If the court obeys to this injunction, it will be a moral and an intellectual catastrophe”.

Finkielkraut should have added: a political and civilizational catastrophe.

Later, at the radio Finkielkraut added: “Anti-racist vigilance became a gag rule…. For a long time, racism in France had only a white face and his victims were Arabs, Blacks and Romas”. In other words, it is forbidden today in France to say that anti-Semitism comes essentially from the (not all, but a big part of) Muslim population. “Anti-racist organizations are in denial of ‘Muslim racism’. And LICRA today is joining the denial of an anti-racist party”. Finkielkraut, a senior member of LICRA, sent his resignation to the organization’s board.


Israel’s Influence Spreads Across Africa Is it ok to behead a racist?

2 thoughts on “The French Inquisition : France’s New Dreyfus Trial, a Jihad against the Truth”