Is it ok to behead a racist? 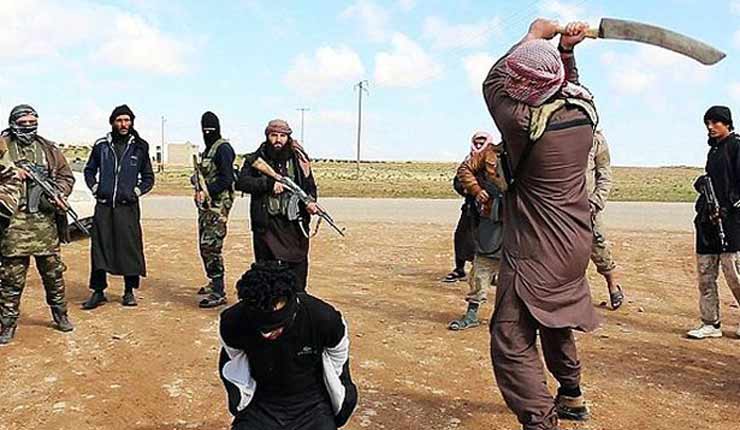 “Excuse me” I told the little old lady getting off the Jerusalem light rail with her shopping trolley. She was so small, but she managed to take up more space in the double door than the fat guy behind me trying to push me through.

I looked back at him and sighed.

Once out, I walked into the Jerusalem Machane Yehuda market, into the first alley on the left, another quick left, and made my way to Café de Paris.

“Hey man!” Manny called out, “Finally you are here”

I sat next to him at the bar and warmed my hands.

“I hate the winter!” I told Manny.

Manny and I had been friends. ..  just about forever. We met in Tekoa when we were both freshly married and both our wives pregnant with son #1. We were 23 years old then, now those same two boys are 33. Life is strange.

In any case, we became fast friends since we never agreed on anything. If I said black, he said white, and vice versa, that’s just how things went. Things mellowed down as the years past, but we never tired of each other.

Manny is one of those guys who knows everything. Oops! I know that sounds bad – but I meant it! He really does know everything.

‘Really?’ You ask? Well, let’s just say that Google is jealous, get it?

Yanki, the bartended came over and brought over my usual.

“So”? He says sipping his Jack Daniels, “What’s new in the world”?

“Hmmm…” I ventured, “It looks like the Left, who warned that the Right would use violence when Hillary beat Trump, is using violence now that Trump beat Hillary. What do you say?”

“ISIS-Envy?” I asked and Yanki raised an eyebrow.

“Sure. The world has been seeing these beheadings, mass-shootings, rapes and kidnapping for years now. After watching a few, you get used to it, you internalize it.”

“Get used to it?” I asked incredibly and Yanki shuddered.

“Yeah – sure. Listen -” he said when he saw that I wasn’t “sure”. “I saw an old episode of Colombo – you know – the crime show from the early 70s with Peter Falk? Well – it was the most boring thing I have seen in years. Falk didn’t even come on the set until after the first half hour. The story was all about this guy who was going to murder his wife. They showed him planning it and getting it ready. Only after a half hour of him picking out the knife, making sure she would be alone, did he actually murder her and get rid of the body. It took a half an hour! It was so boring, I stopped watching! ”

He drank from the Jack and I still didn’t understand.

“So? So it shows what’s happened to us. Today, you watch any good show of crime and they are hardly in the first 2 minutes of the show and the guy is dead, cut up and eaten! A man killed his wife used to be big news, something we were shocked at! Today – who cares? People get murdered all the time!”

Yanki brought over a big piece of Fucaccia and cheese and Manny broke off a piece.

“I still don’t get it – why is that connected to ISIS?”

“Simple!” he smiled. “You keep watching these things on TV. Normal people get a little bored after a while. Remember when you saw the first beheading? You were shocked – right? Well, are you shocked today? Yes! But the edge is off… you hear about it, and you go on with your life.”

“Yes – But you’re old! There are others, the younger ones who are internalizing all this. They are the ones who grew up on good old computer games where they shoot and kill people all day long, and they think, deep inside – ‘wow! That is cool!”

“Cool?” I asked and started playing nervously with my glass.

Besides being close friends, Manny and I had served many years together in the Israeli reserves. In fact – Manny was my commanding officer, I was just a simple soldier. The Israelis I knew had too much violence in their lives. In fact – we hardly ever spoke about it. It was a fact of life, not a game.

“Sure – you know kids. They want to run, to climb, and have a good time. For many of them in the USA – college is the first time they sleep without mom in the next room. They see these ISIS guys and see them not like you and me – but as … daring, heroes – even if they won’t admit it. Without really knowing it – they want to emulate them!”

I thought about that for a while, and I wasn’t convinced.

“I can see this may be the case in Europe”, I conceded,  “There you have children from Muslim lands who are out of work, bored, angry….”

“And a lot of American youth watching this stuff on the network, seeing Trump as a racist dictator – one that he needs to “resist”.

“Well, I have heard this whole discussion about if it is moral to punch a racist …” I conceded.