Germany offers asylum seekers up to €1,200 each to voluntarily return to their home countries 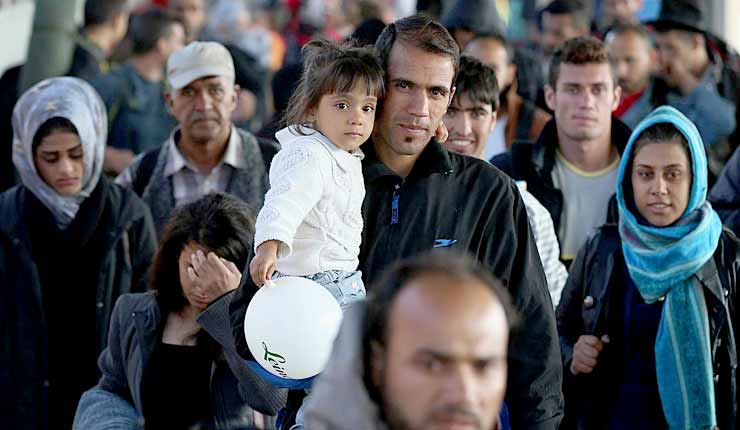 The German government has budgeted more than €40 million (£35 million) to pay asylum seekers to voluntarily return to their home countries.

Migrants will be offered financial incentives of up to €1,200 (£1,000) each to leave Germany and withdraw their application for protection, with a lower amount of €800 (£700) if they choose to depart after being refused asylum.

The German interior ministry is running the “StarthilfePlus” programme with the UN’s International Organisation of Migration (IOM), mirroring similar initiatives run in other European countries since the start of the refugee crisis.

It is open to “destitute” citizens of some of the world’s top refugee producing countries, including Syria, Afghanistan, Eritrea, Iraq and Nigeria, while Russians, Turks, Ukrainians and other nationalities will be excluded from support after the programme’s “transitional stage”.

In order to receive the money, returnees must sign a formal declaration to the Federal Office for Migration and Refugees (BAMF) pledging to withdraw the asylum application and the legal remedies already applied and refrain from any further appeals.

Thomas de Maizière, the German interior minister, said StarthilfePlus was intended for those with “very poor chances of success” under the country’s asylum laws.

“I appeal to understanding and reason: For all those who have no prospect of staying in Germany, voluntarily departure represents a better way than deportation,“ he added.

“If the possibility of a voluntary return is not used, only the instrument of deportation remains. Only with the consistent application of the law can the functionality of our asylum system be ensured.”

The IOM said the funding, including extra “family assistance” grants, is paid out in two stages – one half in Germany before departure and the remainder within eight months of their proven arrival in the country of origin. Children under 12 receive half the adult amount.

The programme was launched as civil servants continue to battle a backlog of around 400,000 asylum claims created by the unprecedented number of refugees who arrived in Germany in 2015.


BDS: THE EUROPEAN-FUNDED ‘GRASSROOTS’ CAMPAIGNS Team Trump starts to get tough on Iran