Team Trump starts to get tough on Iran 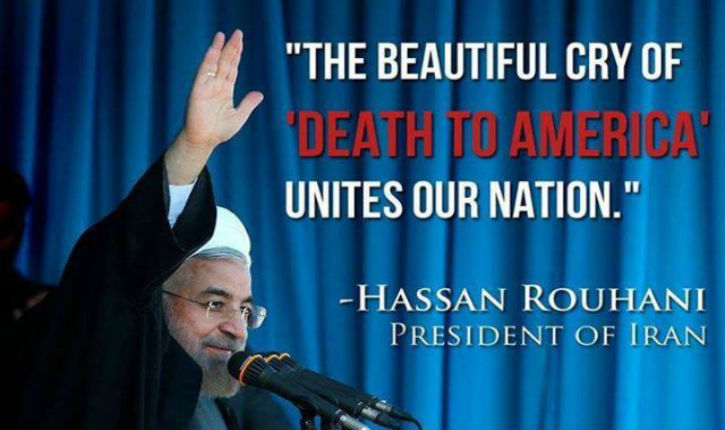 Iran just got a loud — and long overdue — wake-up call from the Trump administration that its rogue and destabilizing behavior will no longer be tolerated.

The immediate provocation was Iran’s launch of a medium-range ballistic missile that traveled 630 miles — far enough to reach Israel — before exploding.

It’s the 12th such test since then-President Barack Obama’s nuclear pact with Iran was implemented. And it clearly violates UN Security Council resolutions.

And remember — limits on Iran’s nuclear enrichment expire as early as 2025. The regime plainly means to have missiles ready to load with nukes by then.

Team Obama intentionally left the issue of Tehran’s terror-promotion out of the nuke deal. Worse, it refused to confront such activity (beyond mild statements) for fear of jeopardizing the nuclear agreement.

Now, as one senior official said: “Iran has a choice to make. We are going to continue to respond to their behavior in an ongoing way, at an appropriate level.” Amen to that.

This action, with stronger moves likely to follow, helps ensure that America will no longer suffer humiliations like Iran’s taking US sailors hostage and publicly abusing them. (Then Secretary of State John Kerry, you may recall, thanked Iran for its “honorable” behavior in that incident.)

The fresh sanctions will be popular on Capitol Hill. On Thursday, 22 senators — evenly divided between Republicans and Democrats — called on President Trump to take the lead in countering Iran.

And that’s precisely what he’s doing. As Flynn said, the days of turning a blind eye toward Iranian outrages are over.


Germany offers asylum seekers up to €1,200 each to voluntarily return to their home countries Kuwait issues its own Trump-esque visa ban for five Muslim-majority countries