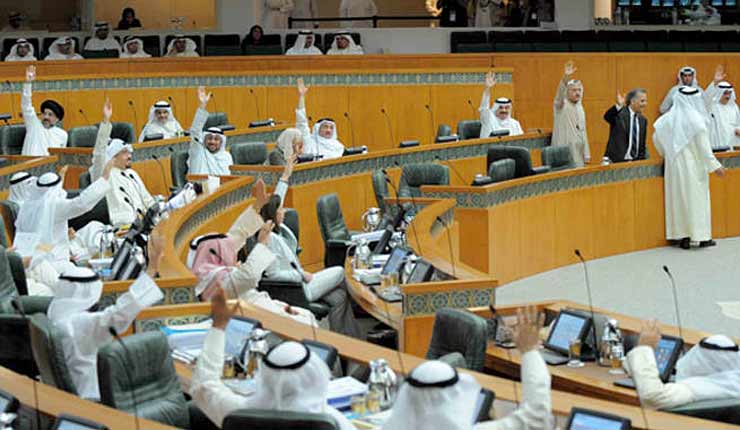 Syrians, Iraqis, Iranians, Pakistanis and Afghans will not be able to obtain visit, tourism or trade Kuwaiti visas with the news coming one day after the US slapped its own restrictions on seven Muslim-majority countries.

Passport holders from the countries will no lot be allowed to enter the Gulf state while the blanket ban is in place and have been told not to apply to visas.

Kuwaiti sources told local media that the restrictions were in place due to the “instability” in the five countries and that the ban would be lifted once the security situation improves.

Pakistan and Afghanistan have all witnessed violence from extremist groups, while Syria and Iraq are embroiled in internal conflicts.

Although mainly peaceful, tensions between Iran and the Gulf have ratched up over the past year with the GCC powers accusing Tehran of attempting to destabalise the region.

Kuwait is concerned about the threat of extremist groups such as al-Qaeda and the Islamic State group with both militant organisations have a presence in Syria, Iraq, Afghanistan and Pakistan.

The Gulf state has witnessed a number of militant attacks over the past two years, including the bombing of a Shia mosque in 2015 which left 27 Kuwaits dead.

Kuwait reportedly issued a ban on all visas for Syrians in 2011, but allowed those inside the country to remain.

It made Kuwait the only country in the world to officially bar entry to Syrians, until the US named Syria in seven countries banned from entering.

Kuwait has issued a number of laws targeting foreigners in recent years, and made it one of the most unfriendly Gulf states towards expatriates.

In 2015, Kuwait was named as the worst place in the world for expatriates in a 64 country InterNations survey.

Meanwhile, Trump’s Muslim ban has been met with widespread outrage since it was signed on Friday, although Gulf states have remained quiet on the issue.

Dubai security chief Dhahi Khalfan outraged Syrians and other nationalities included in the ban when he publically backed Trump’s decision.


Team Trump starts to get tough on Iran No, Muslim Refugees Are Not Jewish WWII Refugees. Here Are 5 Reasons Why