Labour party linked to increase in anti-Semitic incidents, according to charity report 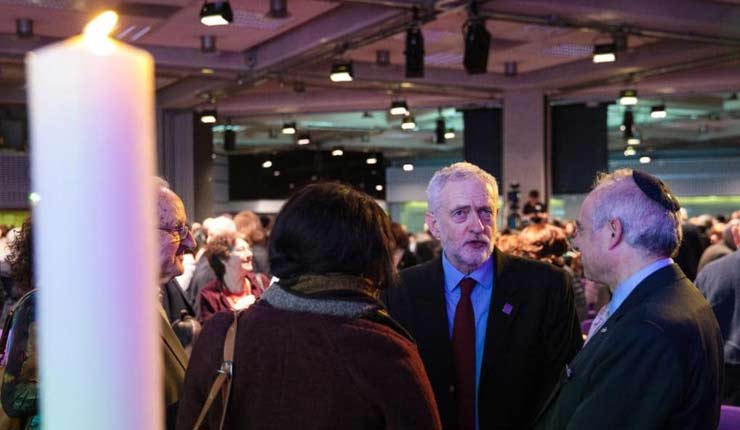 Anti-Semitic incidents within the Labour party contributed to a record rise in attacks on Jews in the UK last year, a charity report has found.

The Community Security Trust (CST) warned that anti-Semitism increased to “unprecedented” levels between 2014 and 2016 following a string of high-profile problems in Jeremy Corbyn’s party.

The charity revealed its highest monthly total for attacks came in May last year, just days after Naz Shah, a Labour MP, was suspended from the party alongside Ken Livingstone the former London mayor.

Tom Watson, the deputy Labour leader, vowed to fight against anti-Semitismin the party as a result of the findings, while MP John Mann said the report must act as a “stark warning that something must change”.

The Jewish community was targeted at a rate of more than three times a day last year, the CST found. It recorded 1,309 anti-Semitic incidents nationwide during 2016. This was a 36 per cent increase on 2015 and surpassed the previous highest annual tally of 1,182 in 2014.

There was no obvious single cause for the record total last year, the report found, but it added that problems within the Labour party “may have contributed in a more indirect way”. The party was forced to confront a series of incidents of anti-Semitism last year including remarks made by members on Twitter and at public meetings.

Mr Livingstone was suspended by the party after he made remarks suggesting Hitler supported Zionism.

The report included “high profile allegations of anti-Semitism in the Labour Party” in a list of factors which contributed to the increased levels of hate crime. Other factors included terrorism and uncertainty around the EU referendum.

It added: “These factors are likely to have contributed to more  anti-Semitic incidents occurring, and to a greater level of reporting of those incidents to CST and the police.”

The figures also showed that more than three-quarters of all incidents recorded took place in Greater London and Greater Manchester – where the two largest Jewish communities in the UK are located.

There were 107 violent anti-Semitic assaults reported to the CST – the highest number since 2010. None was classified as “extreme violence”, meaning attacks involving grievous bodily harm or a threat to life.

David Delew, CST chief executive, said: “Whilst Jewish life in this country remains overwhelmingly positive, this heightened level of anti-Semitism is deeply worrying and it appears to be getting worse.

“Worst of all is that, for various reasons, some people clearly feel more confident to express their anti-Semitism publicly than they did in the past.”

Amber Rudd, the Home Secretary, described anti-Semitism as a “deplorable form of hatred” and said the Government was providing £13.4 million to protect Jewish sites.

She said: “It is vital we ensure the safety and security of our Jewish community and this Government will continue to do all we can to stamp out these vile attacks and encourage those who experience them to come forward.”

Mr Watson said the findings of the report were “extremely distressing”, and added: “We must root out anti-Semitism whenever it takes place and wherever it exists, as a party and as a country.”

Jonathan Arkush, president of the Board of Deputies of British Jews, said the figures were “deeply worrying”.


'ISRAEL ONLY FREE STATE IN THE MIDDLE EAST,' REPORT FINDS Outrage at Trump's 'Muslim ban' yet silence over the Middle Eastern 'ban on Jews'