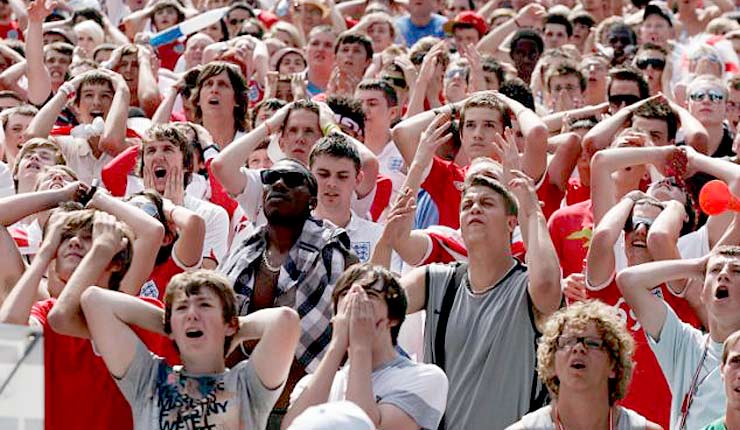 For many years, I kept away from the world of sport, especially football (soccer). From what I saw, Israeli football was all about 11 guys on one end kicking the ball as far as they could up the field and the 11 guys on the other end kicking it back. If a miracle happened, the ball would hit someone and bounce into the net.

I had a job in the early internet, a 1990s news site I managed for 11 years which more or less turned me into a political junkie, and I had no time for silliness.

I had three sons, none of them seemed to like balls. All was good.

But then, my fourth and youngest son asked me to watch a game with him. He was a big fan of Barcelona. There was no turning back. I found that these guys were amazingly talented and was hooked.

My wife says: “I don’t recognize the man (who never cared for sports) I married.

I tell her: “Mi amor (she’s Mexican born), with all the terribly important things around us (we live in Israel) I need to be able to care about something that doesn’t matter”. She rolls her eyes.

In the last few years, I have noticed that politics is becoming football. Saying that, I mean that people look at politics like football fans.

A football fan only loves his team – he hates the rest of them. “His” players can do no wrong – the opposing teams can do no right. He will pray that the day before the game that the star player from the opposing team will break his leg – and if it happens – gloat at that. During the game, he will clap every time the referee gets a decision correct (ie – in favor of his team) and yell obscenities at him when he makes a call against his team.

No wonder my wife hates sports!

I laugh when she says this and tell her that none of it matters. That’s the great thing about sports – it doesn’t matter!

In any case, we in Israel have seen this for years, but I have seen nothing ever like the first Trump week in the White House. Ever.

In fact, I must admit, things are so bad that I, who keep up with current events – do not know what Trump has done this last week.

Did he really ban all Muslims from coming to America, or just from certain states?

Did he force the resignation of the whole State Department, or just a few, or did they resign?

Did a huge number of women march against him, proving he has no mandate and should resign himself, or did 38 Million women vote for him and the marchers were a small minority?

In short – American politics are just like Football… except, of course they do matter.

I guess I am a bad fan, after all. I try and look at my team, celebrate when they are good, concede when they play bad. Look at the ref and question if his decision was good or bad, and learn to live with it.

8 years ago, I told my wife that I didn’t think Obama would win and that I thought he would be a bad president. Well, he did win. All I could say was:

“I pray he does a great job and proves me wrong”.

I hope American will wake up and wish for the same now.