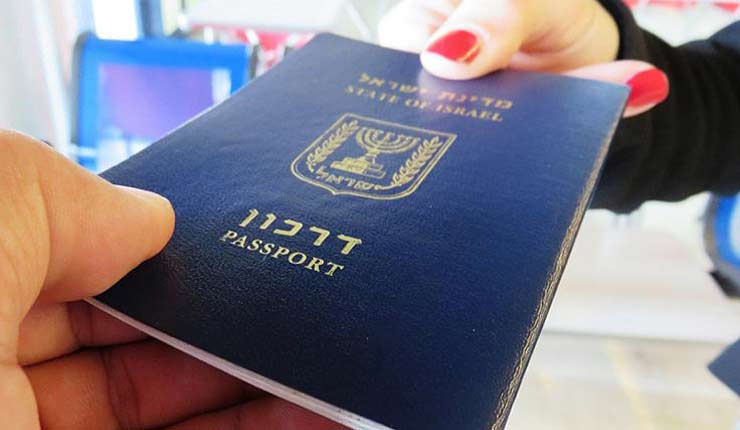 Every frequent flyer to the Middle East knows about a de facto ‘ban on Jews’ yet few protest about it.

US President Donald Trump has delivered on his campaign promise of restricting entry into the USfor people from a selection of Muslim-majority countries, with the customary aplomb and organised chaos the wider world has come to expect of him.

Trump’s recent executive order suspended all refugee admissions for 120 days and blocked citizens, refugees or otherwise, from Iran, Iraq, Libya, Somalia, Sudan, Syria and Yemen from entering the US for 90 days. Chaos in terms of execution and implementation resulted in harrowing tales of people turned away at US airports, detained by immigration officials and even permanent residents and dual nationals questioned.

While Trump denies specifically targeting Muslims, protesters and commentators within and outside the US have branded it as a ‘Muslim Ban’. How could a sitting right-wing US president allegedly target people of one particular faith?

Odd isn’t it that frequent flyers to the Middle East have been politely asking a similar question for the better part of five decades? Except that this query pertains to a ‘Ban on Jews’.

Several Muslim-majority countries in the region and beyond, including the seven expressing outrage on a US-entry ban for their nationals, have had a ban on Israeli nationals for over five decades in the wake of the Arab-Israeli conflict.

All of the aforementioned are Muslim-majority countries; is this not a de facto ban on people from another faith? Back in 2013, an official at a UAE ministry tried to defend the ban on Israeli nationals from visiting Dubai to me as being down to targeting “Israel’s foreign policy and shameful behaviour in Palestine” and not Jews per se.

The Trump-esque line of defence

That particular defence now sounds very Trump-esque to me. The new man in the White House also says he’s not targeting Muslims per se, rather only Muslim-majority countries for ‘security purposes.’ Well, 97.4% of all Israeli passports are held by Jews, so if Trump’s stance is discriminatory, then so is that of a whole host of Muslim nations, including the UAE.

If the Emirati civil servant was offering claptrap, an Algerian minister went one step further and told me off the record in 2014 that his country’s stance had more to do with “keeping Mossad [Israeli Intelligence Services] out”. He wished Algiers could do “an Afghanistan” (which manages diplomatic relations with Israel via Uzbekistan and if need be permits travel).

That too is an excuse as daft as the national security premise outlined by Trump officials. History bears testimony to the fact that despite a ban on Israeli nationals visiting the aforementioned nations, Mossad has ‘allegedly’ carried out operations with ingenuity and impunity throughout the region. This has to be alleged, as Mossad doesn’t issue press releases outlining its successes.

The assassination of Hamas’ military wing commander Mahmoud Al-Mabhouh, in a Dubai hotel room in January 2010, offers the most recent and visible ‘alleged’ case in point. Fat load of good a ban on Israeli nationals by the UAE did in this case.

The most recent US terror attacks in Boston and San Bernardino were not perpetrated by the nationals of any of the seven countries outlined in Trump’s ban. The majority of the 9/11 attackers were Saudi nationals, a country not on the list, and the most populous Muslim country in the world – Indonesia – is not included either.

If it’s a de facto Muslim ban on security grounds, it’s about as daft as the ban on Jews that the countries crying foul have had in place for a lot longer than 90 to 120 days. The complexities posed by both sets of bans also have similarities. If all Muslims are not terrorists, then all Israelis don’t work for Mossad or go building settlements in disputed Palestinian territories.

As to the extent of the measures, anything Trump has done or is about to do to allegedly target Muslims is less draconian than the norms some of these countries have in place allegedly targeting Jews.

Forget Israeli passports, Iran, Kuwait, Lebanon, Libya, Saudi Arabia, Sudan, Syria and Yemen do not even allow entry to people of any nationality with evidence of travel to Israel, or whose passports have either used or unused Israeli visas on them.

It meant that for better part of five years, business travellers such as myself, needed a second passport to travel within the Middle East if the first passport happened to have an Israeli stamp. The madness persisted until the Israeli Immigration Directorate stopped putting entry or exit stamps on foreign visitors from 2011 onward.

So when governments, people and politicians outraged by Trump’s temporary, selectively applied Muslim ban brand him an Islamophobe, they should look at themselves in the mirror and query if anti-Semites have been in their ranks for decades. What’s political for Trump, is geopolitical for a plethora of Middle Eastern governments.


Labour party linked to increase in anti-Semitic incidents, according to charity report When Sports Becomes Politics