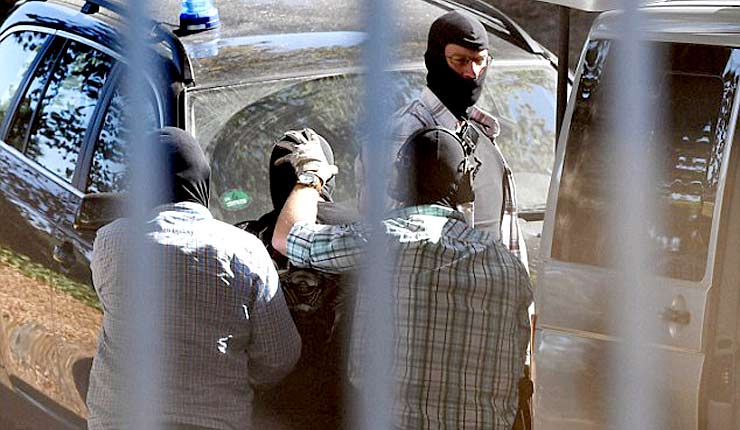 The raids were carried out at 3am GMT (4am local time) in the western state of Hesse targeted 16 alleged would-be jihadis.

Businesses, homes and mosques were targeted in the raids in Frankfurt, Darmstadt and Wiesbaden.

The main suspect of the sting operation is a 36-year-old Tunisian man who has been arrested during a raid in Frankfurt.

The unnamed man has been under investigation since August 2015 and is alleged to recruit and smuggle people for the Islamic death cult.

Investigators believe the accused were plotting a terror attack but had not yet picked a location.

Hesse police are expected to hold a press conference at 9am GMT (10am local time).

It comes after Berlin police announced they had arrested three people in a mosque on Tuesday who are accused of plotting to travel to a foreign “war zone” – likely Syria or Iraq – to carry out an attack.

The mosque where the three men were apprehended is where Berlin Christmas market attacker Anis Amri is thought to have worshipped.


When Sports Becomes Politics Iran Has Changed, But For The Worse