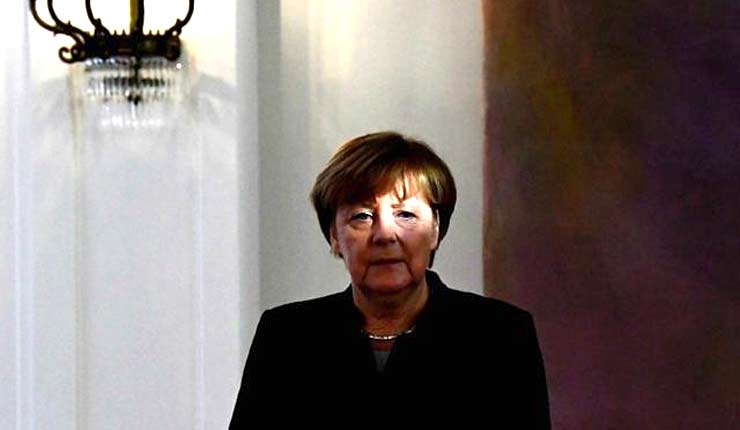 The German Chancellor has lectured President Donald J. Trump on his order pausing immigration from some terror-linked states, claiming it is “not justified”.

Mr. Trump and Angela Merkel held an “extensive phone conversation” over the weekend, the Associated Press reports, and according to the Chancellor’s spokesman, she took it upon herself to attack the president’s policies and “explain” elements of the post-war Refugee Convention to the president.

Steffen Seibert said in a statement released the day after the phone conversation: “The chancellor regrets the entry ban imposed by the U.S. government on refugees and nationals from certain countries.

“She is convinced that even the necessarily resolute battle against terrorism does not justify placing people from a certain origin or belief under general suspicion,” he said. President Donald Trump speaks on the phone with Chancellor of Germany Angela Merkel in the Oval Office of the White House, January 28, 2017 in Washington, DC. (Drew Angerer/Getty)

Mr. Seibert continued: “The Geneva Refugee Convention requires the international community to take in refugees of war on humanitarian grounds. All signatory states are obligated to do so.

“The Chancellor explained this policy to the U.S. president in their phone call yesterday.”

The German government “will now examine the consequences” of the ban for German citizens with dual nationality affected by the decision, he added.

The “travel ban based on nationality or religion is not the right instrument in the fight [against] terror”, the men said, adding: “It is not our policy in Europe to stigmatise people because of origin or religion.”

On Friday, Mr. Trump ordered a four-month pause on allowing migrants into the U.S. from a list of countries linked to terror compiled by the Obama administration.

He described Mrs. Merkel as the “person who is ruining Germany” in a Tweet during the presidential campaign and has cited her lax approach to migration as helping drive the Brexit vote and rise of populism in Europe.