Germany : AfD allows politician who made controversial statements about Holocaust Memorial to stay in party……. 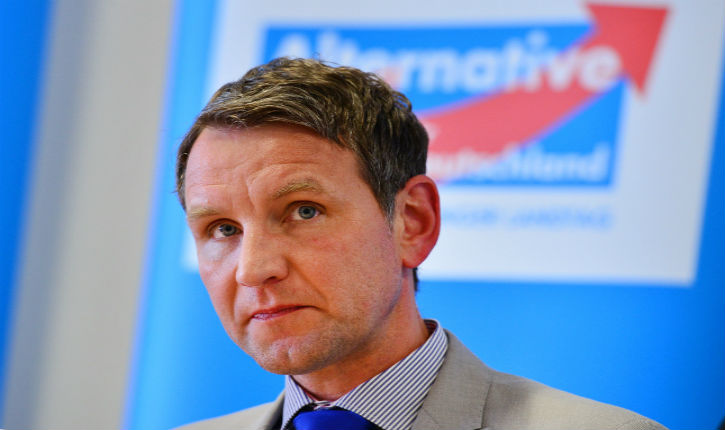 Right-wing populist party AfD decided on Monday not to expel a leading member over a speech criticizing Berlin’s Holocaust memorial and urging the country to stop atoning for its Nazi past.

Actually, he should have been kicked out of the party, there’s no place for those tampering with Germany’s recent horrific past.

The AfD executive board held a three-hour telephone conference in which it voted 10-3 to instead impose “disciplinary measures” against Björn Höcke, party chairman in the central state of Thuringia, sources told German media.

Amid an internal power struggle ahead of a September general election, AfD leader Frauke Petry had called Höcke a “burden on the party” last week after his address in which he condemned the sprawling Holocaust memorial as a “monument of shame in the heart of the capital”.

“We need nothing less than a 180-degree shift in the politics of remembrance,” he added in the remarks last Tuesday in Dresden to chants of “Germany, Germany”.

Höcke’s comments met with an instant uproar, with Social Democrat vice chief Ralf Stegner accusing him of making a “hate incitement speech” – which is illegal in Germany – that called for history to be rewritten.

But AfD deputy chief Alexander Gauland, who like Höcke belongs to the hard nationalist wing of the party, defended the politician, telling national news agency DPA that he had “in no manner criticized the remembrance of the Holocaust”.

The AfD started out in 2013 as an anti-euro party, but has since morphed into an anti-immigration outfit railing against Chancellor Angela Merkel’s liberal refugee policy which brought some 890,000 refugees to Germany in 2015 alone.