Hate preacher linked to Tunisian beach atrocity fights to stay in the UK… and gets £123,000 of legal aid 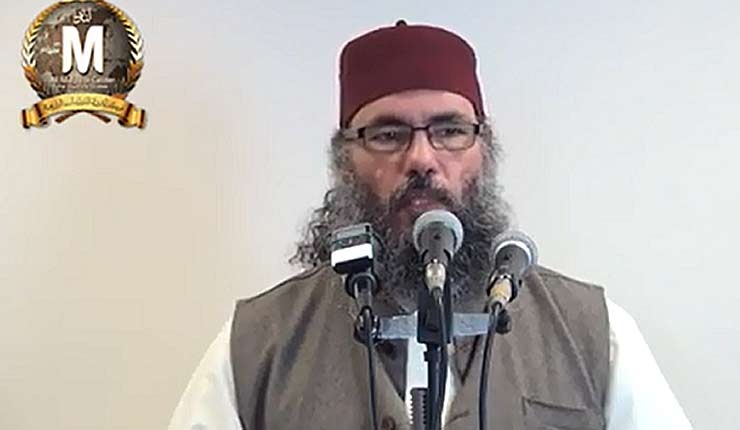 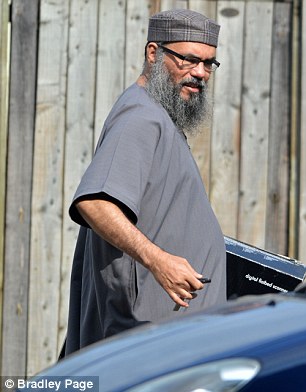 An Islamic hate preacher has won £123,000 in legal aid despite links to a terror group which murdered 30 British tourists at a Tunisian beach resort.

Hani al-Sibai was granted public money to help him fight deportation even though he is alleged to be a ‘key influencer’ of the extremist Ansar al-Sharia movement.

This group is believed to have recruited Seifeddine Rezgui, the gunman who massacred 38 British and other tourists at Sousse in June 2015.

Al-Sibai, 55, whose three-storey housing association home in West London is worth £1million, is also said to have radicalised Mohammed Emwazi, the infamous Islamic State executioner best known as ‘Jihadi John’.

He described the 2005 7/7 terror attacks in London as a ‘great victory’ for Al Qaeda and hailed Osama Bin Laden as ‘a lion among the lions of Islam’.

The taxpayer-funded payments will horrify families of the British Sousse victims, who last week heard harrowing evidence of how their loved ones were gunned down in a 20-minute rampage.

Days after the Tunisia terror attack, the Daily Mail revealed connections between the atrocity and extremists in the UK.

Al-Sibai arrived in Britain in 1994 and was refused asylum in 1998 because of his involvement with the Egyptian terror group Islamic Jihad.

He was jailed while the Government tried to deport him, but had to be freed after less than a year because Egypt failed to provide assurances that he would not be in danger there.

Human rights laws make it impossible for suspects to be returned to countries where they might be tortured or killed.

Over two decades he has received £123,000 in legal aid, which paid for representation by top human-rights lawyers.

Al-Sibai also used public funds to sue the authorities for unlawful detention. In 2004, the High Court ruled that 14 days of his ten months behind bars during 1998 and 1999 were not legally justified — the Government should have let him go as soon as it knew there was no chance of deporting him.

He received compensation but the Home Office would not disclose the figure to the Mail. Al-Sibai used public funds yet again to go to the European Court of Justice and challenge his inclusion on an official list of Al Qaeda affiliates. He won his case thanks to a series of official blunders, including not being given a proper chance to defend himself. 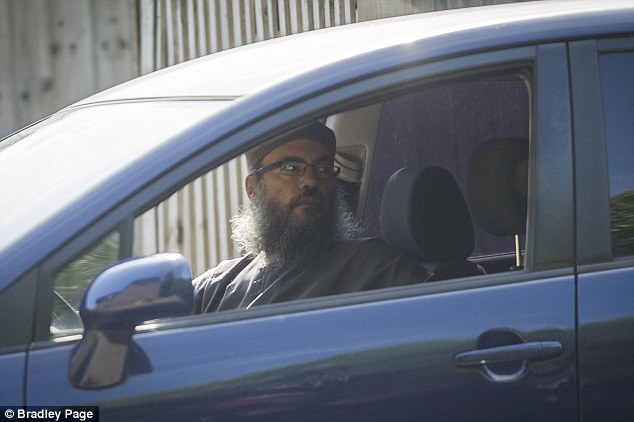 On the move: Hate preacher Hani Al-Sibai in his car outside his west London home

The hate preacher was referenced as a ‘key influencer’ of the Ansar al-Sharia terror group in a 2013 report by the International Centre for Counter-Terrorism, based in The Hague.

Its report said: ‘Al-Sibai’s involvement in international jihadism runs long and deep. When Ansar al-Sharia held a conference in May 2012, al-Sibai was one of several foreign scholars to address the audience by video.’

Two years later in November 2015, the hate preacher was condemned by an Upper Tribunal immigration court judge who accused him of ‘explicit direct encouragement or incitement to acts of terrorism’.

He also described him as the ‘reviver of Islam’ and called the 7/7 bombings a ‘great victory’ for Al Qaeda which ‘rubbed the noses of the world’s eight most powerful countries in the mud’.

His involvement in jihadism runs deep

The hate preacher is now in the UK on ‘limited leave’, which can be renewed every six months as long as there is still a risk of him being harmed in Egypt.

He denies being involved in terrorism, that he is a key influencer, leader or close associate of the Islamic fanatics behind the Tunisia attack and he denies rejoicing in the 2005 terror attacks.

He said he merely pointed out that the bombings were in fact a ‘great victory’ for Al Qaeda.

And he also denies radicalising ‘Jihadi John’. A lawyer representing him added: ‘To the best of his knowledge, he never met him. He asks we repeat his condemnation of the killing of innocent people wherever this occurs in the world, including those in Tunisia.’

The Ministry of Justice said it had cut fees paid to lawyers in legal aid cases by more than 20 per cent since 2010.

A spokesman added: ‘Applications for legal aid are subject to a strict means test. Those who do meet the relevant thresholds may still be required to pay a significant contribution towards the costs of their defence.’