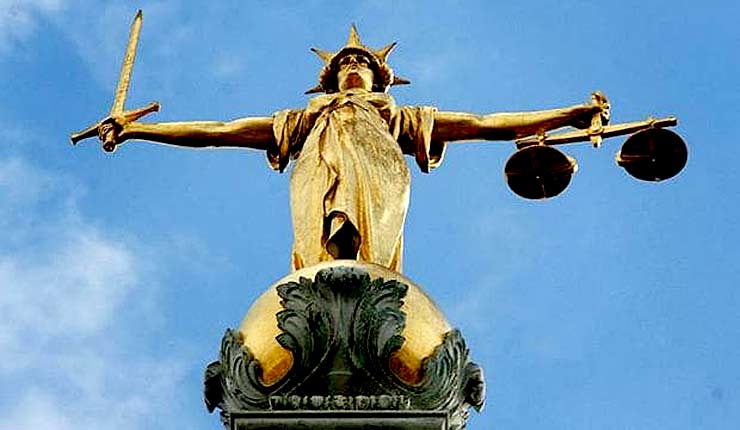 A violent foreign criminal who burned a woman’s face with melted plastic and scalded her with boiling water has defeated a bid to deport him from Britain because of his human rights, the Telegraph can disclose.

Valentine Harverye, a Zimbabwean national, was jailed for five and a half years for grievous bodily harm after he “mutilated” and “humiliated” his 34 year-old victim, whom he scarred for life.

The Home Office tried to deport him under rules which say that any foreigner jailed for more than 12 months should be subject to automatic deportation but the 22 year-old brought a human rights appeal, and won.

Immigration judges ruled that Harverye could face “ill-treatment” if he was sent back to Zimbabwe, which would breach Article 3 of the European Convention on Human Rights.

The Government is proposing to change the law so that foreign criminals cannot overturn deportation by deploying some human rights arguments – but Article 3 will not be curtailed, meaning that Harverye would almost certainly win his case even under the new rules.

It emerged in Harverye’s case that his brother, Matthew, also overturned a deportation bid on human rights grounds last year after being convicted of common assault.

Priti Patel, a Conservative MP, said: “This is a shocking case and a dreadful example of how the courts have once again disregarded the rights of the victim over the rights of an appalling criminal.

“The sooner we can reform human rights legislation and get some sanity back into the law, the better.

“We all know the problems with the ‘right to family life’ that the Government has pledged to address. But we need to look at all aspects of human rights legislation.

“There are a core of offenders who have done their utmost to challenge the Government on human rights grounds and that needs to change.”

Harverye came to Britain in 1998 as a dependant of his mother, who had married a British citizen.

He received his first reprimand in 2004 for common assault, and was then convicted of a further 12 offences over the next five years.

The most serious was the assault on the 34 year-old woman which took place at her home in January 2009.

Richard Thatcher, who prosecuted the case at Nottingham Crown Court, said Harverye assaulted the woman – a prostitute – and appeared to find the incident funny.

In front of a group of five or six people, Harverye set fire to a plastic cider bottle and held it to the victim’s face and neck, before pouring scalding water into her knee-high boots.

“She ran screaming to the bathroom, no help was offered to her, she was made to return to the front room by the defendant and told to dance for all those present and strip,” Mr Thatcher said.

“She danced for about a minute or so while in pain.”

Judge Dudley Bennett jailed Harverye, a drug dealer, for five and a half years, and described the crime as “horrific”.

“In her own home you attacked her, you abused her, you mutilated her, you intimidated her and you humiliated her over a period of time,” the judge said.

“She is scarred for life and has had to undergo surgery.

“You used a melted plastic bottle and stuck it in her neck. That is awful. And if that wasn’t enough you humiliated her by trying to get her to strip and dance in front of a group and you warned her not to go to the police and threatened her.”

In July this year Upper Tribunal Judge Christopher Hanson ruled that Harverye faced a “real risk of ill-treatment sufficient to breach the high threshold of Article 3” if he were returned to Zimbabwe because he would be unable to demonstrate loyalty to Zanu-PF, the ruling party led by Robert Mugabe.

A Home Office spokesman said:”We are disappointed by the tribunal’s decision as we firmly believe that foreign nationals who break the law should be deported. We are examining the detail of this ruling before we decide whether to appeal.”