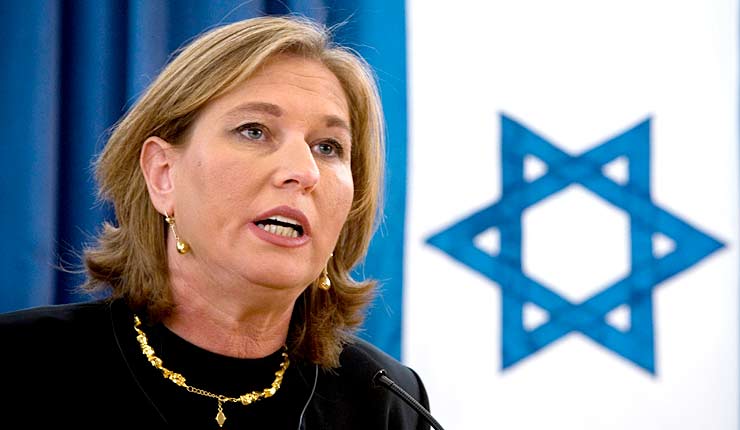 A Belgian court has ordered the arrest of the former Minister of Foreign Affairs of Israel, Tzipi Livni, when she steps off the plane on her arrival in the Belgian capital Brussels on 23 January, official EU sources revealed on Thursday.

[This is from the Arab press, and has not been reported on in Israel -ed.]

On 23 June 2010, a group of victims filed a complaint in Belgium to the Federal Prosecutor against certain Israeli civilian and military officials at the time, including Tzipi Livni, for war crimes and crimes against humanity committed in the Gaza Strip, according to Palestinian News Network(PNN).

The Federal Prosecutor’s Office confirmed that Livni would be intercepted by the Federal Judicial Police during her stay in Belgium to be heard and questioned following the complaint lodged against her and that it would ensure the necessary follow-up to this case.

Livni was the Israeli Minister of Foreign Affairs at the time of the Israeli military operation  “Cast Lead” in the Gaza Strip, which took place from 27 December 2008 to 18 January 2009. She is scheduled to arrive in Brussels on 23 January to participate in a conference in the European Parliament.


Police probe spate of 'disgusting' anti-Semitic attacks in Barnet (North London,UK) Criminal who burned woman's face can stay in Britain because of his human rights