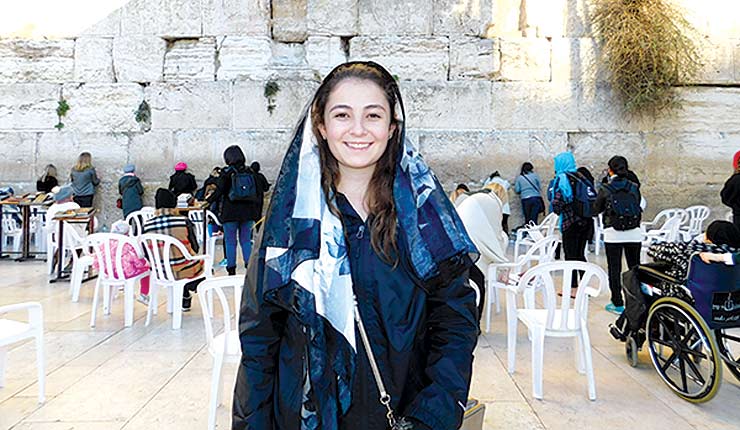 A California student who previously believed Israel was “akin to an apartheid state” had a complete about-face after visiting the country, San Diego State University’s independent student newspaper The Daily Aztec reported on Wednesday.

According to the report, SDSU political science and international security and conflict resolution senior Erin Gonzalez said she had expected the worst before her trip, but discovered the place wasn’t at all as she had envisioned. Rather, she encountered a society that embraces all religions and cultures, she said.

Gonzalez, who is not Jewish, traveled to Israel as part of a “Fact Finders” program, hosted by the school’s Hillel chapter, to enable SDSU students to experience the country and learn about the Israeli-Palestinian conflict.

Gonzalez told The Daily Aztec that the experience also totally altered her perspective on Israeli settlements.

“Although the global community, and recently the United Nations, condemned [them] as both internationally illegal and an impediment to peace, I no longer see it that way,” she said, adding that she was surprised to discover that many Palestinians benefit from the settlement community, through employment opportunities and government benefits.

She said that meeting with Israeli and Palestinian officials, activists and average citizens from across the political spectrum helped her “come to [her] own conclusions and form [her] perspective on Israel, the Palestinian Authority and the conflict.”

Jackie Tolley, the director of SDSU Hillel, told The Algemeiner that a total of 42 students have gone on the two Fact Finders trips that have taken place so far, and that the “feedback has been extremely positive.”

“We hoped that by walking on the land, meeting with people and hearing their stories, participants would return to campus with a wealth of new knowledge,” Tolley said. “It was clear that few participants had even a cursory understanding of the history of the conflict. The trip gave them new insights and understandings, and they came away with a sense of empathy for all parties to the conflict, along with a new appreciation for its complexity.”

In addition, Tolley said, “They learned just how misleading and one-sided the Boycott, Divestment and Sanctions campaign is.”

Two BDS resolutions – one in 2014 and another the following year — put to a SDSU student government vote were defeated.

Nevertheless, the school made The Algemeiner‘s 2016 “40 Worst Colleges for Jewish Students” list due in part to the presence of active anti-Israel groups on its campus — some of which gained notoriety when they ambushed the president for what they believed was his insufficient response to a flier that named specific students as “supporters of terrorism.”