NO JOKE: CNN Regularly Encourages the Assassination of President Trump 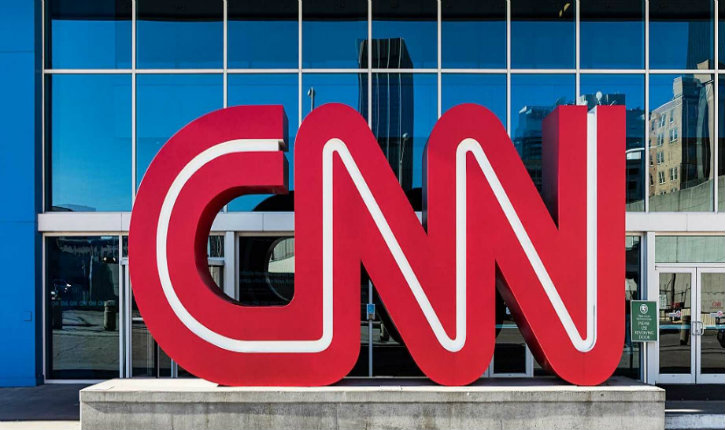 The worst thing any critic of Barack Obama could be (falsely) accused of was racism. There are plenty of fringe actors out there, but as far as your run-of-the-mill Obama critic, “racist” was it. And even then, that was nothing more than a fabricated smear coming from Democrats and their media allies. When it comes to Donald Trump, though, we are dealing with something much worse than some idiot engaging in racism. What we have is a national cable news network, CNN, regularly encouraging the assassination of our new president.

Because when your eyes are rolling, you cannot see The Matrix.

Obviously a major cable news network that wants to encourage a presidential assassination is not going to come right out and do so. Not only would such a thing result in being shut down by the Secret Service, it also wouldn’t work. It would not be effective. This is a process that takes time, skill, and precise messaging.

When it comes to the messages CNN sends out, over the past year or so, the leftwing network has been precise, consistent, relentless, and of course, utterly ruthless. I have laid out these messages in detail below. And, yes, some of these messages you have seen in places such as “The Washington Post” and on the Sunday shows like “Meet the Press”…

But when it comes to the most crucial and effective messaging, CNN stands alone.

Trump is a Unique Danger to America

For going on 18 months, CNN has been on a 24/7 tear to smear Trump as a friend to neo-Nazis, the candidate of the Ku Klux Klan, and a Ku Klux Klan sympathizer who is bringing White Nationalism to the Oval Office.

Hysterical and dishonest story after story, like this, this, and this…. It is a relentless theme being drilled into the minds of CNN viewers.

The links above are merely the tip of the iceberg.

The message, though, is clear: Donald Trump is a racist, a president in league with racists, the president of racists.

CNN has also falsely accused Trump of publicly ridiculing a crippled reporter, and of being guilty of serial sexual assault…

There is no question, that along with much of the rest of the MSM, CNN has worked tirelessly to paint Trump as a unique danger this country has never before faced.

Trump’s Assassination is a Righteous Act

In 1972, George Wallace, who was then an unrepentant racist and segregationist, ran for the presidency. During the primary, Wallace won a number of states, including Michigan, Florida, and North Carolina. In the popular vote he came in third.

Whatever chance Wallace had, and he did have one, was stopped by an assassin’s bullet. Wallace survived but on May 15, in the heart of the primary season, he was shot five times by Arthur Bremer, paralyzed from the waist down, and finished as a presidential candidate.

In real life, a mere 45 years ago, a would-be assassin saved America from electing a degenerate racist as president.

Countless times on CNN, Trump has been compared to George Wallace.

What could be more dangerous to our country and the world-at-large than a president who is mentally unbalanced.

That Trump is mentally ill is a narrative CNN has pursued more than once.

Legitimizing Violence Against Trump and His Supporters

Like much of the rest of the media, CNN regularly blamed the violence and chaos on Trump.

CNN went even further, though, to legitimize the violence, not only through moments like this, but by rewarding these violent thugs with interviews.

Moreover, by not criticizing those who committed this violence, and by giving the violent protesters what they wanted, a Chaos Narrative around Trump, CNN’s message wasn’t even subtle.

Trump is Not a Legitimate President

Since his upset victory, CNN has been a 24/7 propaganda machine dedicated to undermining Trump as a legitimately elected president.

We will now explore the areas where CNN stands alone…

Trump is a Manchurian Candidate

It was CNN and CNN alone that launched the hysterical Fake News that falsely claimed the Russians had compromising information on Trump.

The message was quite clear: Trump is a Manchurian Candidate, Putin’s Puppet.

Trump’s Assassin will be Greeted as a Hero

If you believe in the miracle of our democracy, by far, the scariest moment of the 2016 campaign occurred back in March when leftwing agitator Thomas DiMassimo rushed the stage at a Dayton, Ohio, campaign event. DiMassimo got to within a few feet of Trump before being apprehended by the Secret Service.

Within days, CNN and CNN alone, turned DiMassimo into a folk hero.

He was rewarded with an open platform for his message, and treated as a patriot.

Moreover, he was presented as a victim of Trump’s.

Trump’s Assassin Will Get What He Wants: Obama Will Remain In Power

CNN’s most blatant and desperate message aired just this week when the network devoted an entire segment to the idea of both motive and opportunity. CNN’s hideous “What if Trump is assassinated” segment eagerly broadcast the information that if someone wants to keep the Obama administration in power, all you have to do is assassinate Trump at Friday’s inauguration ceremony.

The fact that I compare CNN to Hitler is not something I do lightly. There is simply no question that we are dealing with a leftwing cable news network with an unmistakable history of just not downplaying, excusing, ignoring, and justifying violence against its political enemies, but in pursuit of its left-wing political goals, CNN regularly takes to the streets to openly encourage political violence.

And if you are still rolling your eyes, you tell me where those dots are supposed to connect.


Netanyahu to Iran: ‘We Are Your Friend, Not Your Enemy How John Kerry Secretly Lobbied to Get CAIR Removed From UAE’s Terrorist Organization List