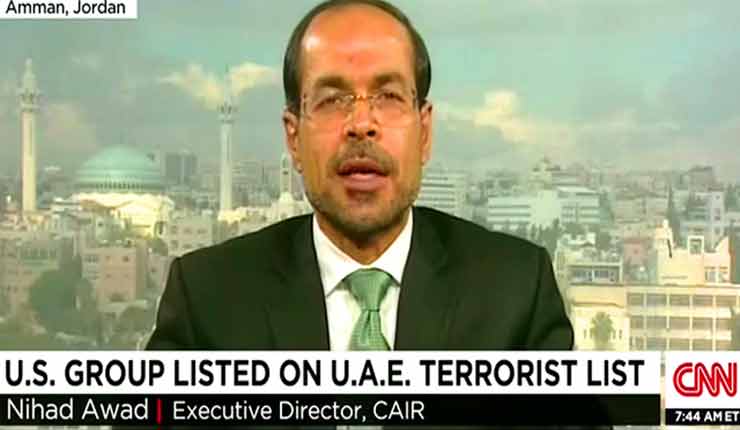 One piece of evidence presented by Justice Department prosecutors to the court went uncontested by the defense. There’s plenty more to back it up.

The Huffington Post is not known for rigorous research and reporting, but its standards hit a new low last week when it tried to discredit an internal Muslim Brotherhood document calling for “a grand jihad” against the U.S. in an attempt to derail proposed legislation designating the group as a terrorist organization.

In a lengthy Jan. 13 article, “Ted Cruz vs. The Muslim Brotherhood Boogeyman,” HuffPo falsely claimed the Brotherhood document — “An Explanatory Memorandum: On the General Strategic Goal for the Group in North America” — has been “discredited.” In fact, the memo was entered as prosecutorial evidence in federal court in the largest terrorist-financing case in US history, and the defense did not contest it.

The 18-page document is one of several pieces of evidence underpinning a bill reintroduced last week by Sen. Ted Cruz, R-Texas, requiring the State Department to consider designating the Muslim Brotherhood, along with its front groups, as a “foreign terrorist organization.” The “Muslim Brotherhood Terrorist Designation Act” has several prominent co-sponsors in the Senate, while a companion bill has attracted 71 co-sponsors in the House, including two Democrats.

Several years ago, the U.S. Justice Department submitted the Brotherhood memo as a key piece of evidence — “Exhibit 3-85” — in its successful prosecution of the Holy Land Foundation, a charitable front group established by the Muslim Brotherhood to support Hamas terrorists, and its authenticity has never been in dispute. In fact, even lawyers for the defendants agreed the document was legitimate. .

In that 2008 terrorism case, which ended with guilty verdicts on all 108 counts, the government proved that the US-based Muslim charity was helping the Muslim Brotherhood funnel more than $12 million to Hamas, the Palestinian branch of the Brotherhood. The Holy Land Foundation verdict has survived two court appeals.

This is an egregious and inexplicable oversight. Using the “Explanatory Memorandum” along with other of the Brotherhood’s own internal records, federal prosecutors further demonstrated that the Egypt-based Brotherhood operates a secret network of front groups inside America that are conspiring to carry out “a grand jihad to eliminate and destroy Western civilization from within.” In addition to the Holy Land Foundation, the memo lists more than two dozen American Muslim groups the Brotherhood uses as cut-outs to infiltrate and “sabotage” the US government with the long-range goal of turning it into an Islamic state.

The Justice Department, in turn, listed these and other US-based Brotherhood front groups as unindicted co-conspirators in what was revealed to be a massive criminal scheme to provide material support to Hamas terrorists. Chief among them are the Council on American-Islamic Relations (CAIR), the Islamic Society of North America (ISNA) and the North American Islamic Trust (NAIT).

While HuffPo would have the public believe these groups are “peaceful,” the government has fingered them as dangerous agents in a subversive plot to Islamize the United States. Introduced in federal court as Exhibit 3-85, the government stated that the “Explanatory Memo” “described the Brotherhood’s strategic goal as a kind of ‘grand jihad’ ” against America.

Damning as it is, the ”memo,” dated May 22, 1991, is just the tip of the iceberg of evidence showing the Brotherhood runs a conspiracy network to take down the US system of government. It was seized by FBI agents along with some 75 boxes of Muslim Brotherhood archival material during a 2004 raid of the Annandale, Va., home of a suspected Hamas terrorist and Muslim Brotherhood figure, Ismail Elbarasse, aka Abdul Hassan, aka Abd el Hassan.

Yet HuffPo claims such hard, government-certified evidence amounts to an “anti-Muslim conspiracy theory.”

It even tried to suggest the “Explanatory Memo” does not carry much authoritative weight because its author “does not appear to have been a significant player in the Muslim Brotherhood.” In fact, the government described the author, Mohamed Akram Adlouni, as a “US-Muslim Brotherhood Shura Council member,” which means he was part of the governing body of the Brotherhood’s secret North American network. The memo, moreover, “was approved by the Shura Council.”

More astounding, HuffPo turned to a group cited in Brotherhood documents as a member organization — the Council on American-Islamic Relations — to help pooh-pooh the government’s assertion that such outwardly moderate Muslim groups in the US are secretly hellbent on committing “civilization jihad” on behalf of the Brotherhood, as if CAIR were a credible and objective source on the subject.

It quoted CAIR denying any links to the Muslim Brotherhood, even though the Justice Department identified CAIR and its founder Omar Ahmad as “individuals/entities who are and/or were members of the US Muslim Brotherhood’s Palestine Committee and/or its organizations,” while designating both of them as unindicted co-conspirators” in the Holy Land Foundation case.

Ahmad attended a 1993 meeting at a Philadelphia hotel, secretly recorded by the FBI, “where leaders of the organizations under the Muslim Brotherhood umbrella met to discuss the future of the Brotherhood” and to devise a plan to support and collect money for Hamas, a designated terrorist group, according to federal court documents. Ahmad was joined at the secret meeting by current CAIR executive director Nihad Awad.

CAIR has also been implicated in a separate terrorism case in Virginia, “US v. Sabri Benkahla,” in which the government concluded that the group was founded by the Muslim Brotherhood.

“From its founding by Muslim Brotherhood leaders,” wrote Assistant U.S. Attorney Gordon D. Kromberg in the 2007 terrorism case involving CAIR, “CAIR conspired with other affiliates of the Muslim Brotherhood to support terrorists.”

Washington-based CAIR is lobbying hard against the proposed Brotherhood ban because it could spell its own doom, along with other Brotherhood front groups.

Still, HuffPo insists Cruz in his bill erroneously “named CAIR and two other groups — ISNA and the North American Islamic Trust — as ‘affiliates’ of the Muslim Brotherhood.”

The article goes on to claim “there’s ‘no evidence’ that American Muslim groups are fronts for the Brotherhood.”

In fact, the evidence is overwhelming, if only the HuffPo’s reporter bothered to look.

For example, “The following are individuals/entities who are and/or were members of the US Muslim Brotherhood: Islamic Society of North America, aka ISNA, [and] North American Islamic Trust, aka NAIT,” according to the Justice Department’s unindicted co-conspirators list.

An internal Brotherhood document, titled “Preliminary vision for preparing future leadership” and entered into evidence as Government Exhibit 3-64, further ties ISNA to the Muslim Brotherhood by listing it as an “apparatus” of the Brotherhood.

“The evidence introduced at trial established that ISNA and NAIT were among those organizations created by the US-Muslim Brotherhood,” argued former US Attorney James T. Jacks in a 2008 court filing. The lead prosecutor in the Holy Land Foundation, Jacks was awarded a special commendation by Attorney General Eric Holder.

As U.S. District Court Judge Jorge Solis ruled in 2009, the “government has produced ample evidence to establish the associations of CAIR, ISNA and NAIT with Hamas” and the Muslim Brotherhood. Specifically, Solis cited the “Explanatory Memo” and other documents federal agents recovered from a sub-basement in Brotherhood leader Ismail Elbarasse’s home just outside Washington DC.

The judge added that the government proved “by a preponderance of evidence that a conspiracy existed” between these American Muslim organizations and the Muslim Brotherhood.

The shocking truth is, the largest and most important Islamic groups in America are part of a Brotherhood conspiracy to support jihad and subvert the American system of government, asserts former Pentagon official and retired Army Major Stephen Coughlin, author of “Catastrophic Failure: Blindfolding America in the Face of Jihad.”

“The Brotherhood’s goal in the United States is jihad,” he said — or more specifically, a “civilization jihad” achieved “through a process of infiltration and subversion” with the ultimate goal of replacing the US Constitution with Shariah law.

“The Muslim Brotherhood, also known as the Ikhwan Al Muslimin, was founded in Egypt. Its ultimate goal is the creation of a global Islamic State governed by Sharia law,” former prosecutor Jacks asserted in a 2008 court filing.

“Muslim Brotherhood members first migrated to the United States in the 1960s, where they began their grassroots work on campuses through an organization called the Muslim Students Association,” he added, before spinning off ISNA and NAIT. “By the mid-1980s, the US-Muslim Brotherhood had grown exponentially, established numerous front organizations, developed a solid hierarchical structure, and received direction from the International Muslim Brotherhood’s General Guide.”

Most law enforcement officials, as well as even some Middle Eastern governments, do not view the Brotherhood as the benign or moderate organization portrayed in the American media.

Over the past few years, a handful of Arab nations have officially designated the Muslim Brotherhood as a terrorist organization. Since 9/11, several known US-Muslim Brotherhood leaders — including Sami al-Arian and Abdurahman Alamoudi — have been convicted of terrorist activities.