If Israel Has Not Been Building Settlements, Why Are the White House and Media Claiming It Is? 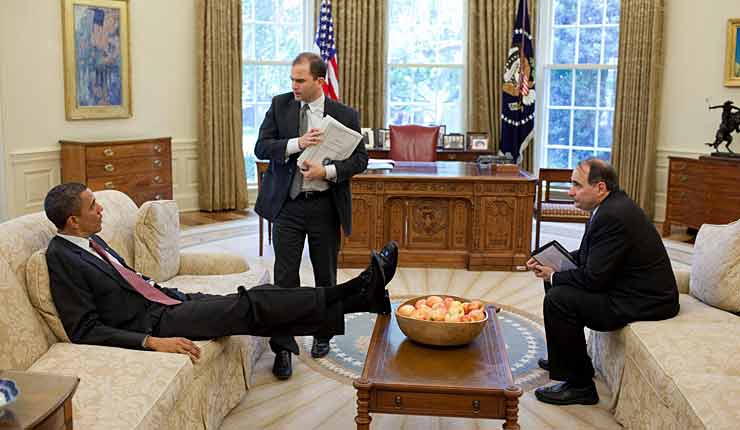 On December 23rd, United Nations Security Council Resolution 2344 was passed 14-0 with one abstension —  the United States. One of the key points of that resolution was the clear declaration that Israeli settlements are illegal. Not “illegitimate”, as per US policy in the past, but “illegal”. The settlements were described as an impediment to peace that must be removed.

Are There Tens of Thousands of Israeli Settlements… Or 228?

Recall that Rhodes is noted for having bragged about his manipulation of the media in creating the narrative that made the Iran deal possible, despite both popular and congressional opposition. He boasted at the time about the media’s lack of knowledge of world events:

Most of the outlets are reporting on world events from Washington. The average reporter we talk to is 27 years old, and their only reporting experience consists of being around political campaigns. That’s a sea change. They literally know nothing…We created an echo chamber…They [the seemingly independent experts] were saying things that validated what we had given them to say.

CAMERA easily rebutted what Rhodes said by pointing out that according to Peace Now there were a total of 228 settlements altogether, 131 settlements and 97 outposts, a far cry from the tens of thousands of settlements that Rhodes claimed, unchallenged.

With the Rhodes embellishment disposed of, we can turn to Secretary of State John Kerry.

In a speech following passing of the UN resolution, Kerry claimed:

We’ve made countless public and private exhortations to the Israelis to stop the march of settlements.

But have there really been a steady building of new settlements that would constitute a “march” as implied by Kerry?

Again, all we have to do is just take a look at the Peace Now website.

In April 2012, they posted an article with the headline: For the First Time Since 1990 – the Government is to Approve the Establishment of New Settlements:

According to reports, Prime Minister Netanyahu stated this week that the Government will approve the establishment of three settlements (Bruchin, Sansana and Rechalim), in the upcoming cabinet meeting on Sunday, April 22.

That’s it. Three settlements.
In 2012.
And no new settlements built since.
And for this Kerry is “exhorting” Israel about stopping the “march” of settlements.

The White House is not alone in exaggerating a growth in settlement construction.

The Media Plays Along

Over the years, the media has conflated building settlements with building houses within the settlements, adding to the confusion and aiding in the creation of this false narrative.

Whenever Israel approves plans for new housing units in preexisting West Bank settlements, or in established Jewish neighborhoods in Jerusalem beyond the pre-1967 Armistice Line (the Green Line), it seems there’s always at least one major media outlet which wrongly states that Israel is building “new settlements.”

Other examples of similarly incorrect headlines:

So now it is clear that Israeli settlements are not the issue here.

Housing Construction in Settlements is Down

Back in 2014, President Obama claimed in an interview

At the time of Obama’s claim about “aggessive settlement construction”, Evelyn Gordon rebutted Obama’s claim with the following facts:

During those five years [2009-2013], housing starts in the settlements averaged 1,443 a year. That’s less than the 1,702 a year they averaged under Ehud Olmert in 2006-08, who is nevertheless internationally acclaimed as a peacemaker (having made the Palestinians an offer so generous that then-Secretary of State Condoleezza Rice couldn’t believe she was hearing it). It’s also less than the 1,652 per year they averaged under Ariel Sharon in 2001-05, who is similarly lauded internationally as a peacemaker (for having left Gaza); the fact that even Sharon out-built Netanyahu is particularly remarkable, because his term coincided with the second intifada, when demand for housing in the settlements plummeted. And it’s far less than under Ehud Barak, who is also internationally acclaimed as a peacemaker (for his generous offer at Camp David in 2000): One single year under Barak, 2000, produced more housing starts in the settlements (4,683) than the entire first four years of Netanyahu’s term (4,679). [emphasis added]

Haaretz, a fan of neither of Netanyahu nor the settlements, looks at houses built from 2009 to 2014 and still comes to the same conclusion: fewer houses have been built under Netanyahu than his predecessors:

According to data from the Housing and Construction Ministry, an average of 1,554 houses a year were built in the settlements from 2009 to 2014 — fewer than under any of his recent predecessors.

By comparison, the annual average was 1,881 under Ariel Sharon and 1,774 under Ehud Olmert. As for Ehud Barak, during his single full year as prime minister, in 2000, he built a whopping 5,000 homes in the settlements.

Sure enough, that is exactly what the Associated Press claimed in 2014: Netanyahu Years See Surge in West Bank Settlements

But again, the headline is misleading. The reference is actually to the population in the settlements and the impression you get is that the comparison is with the years before Netanyahu started his term in 2009. But if you make it to the 6th paragraph, you find out that the story is very different:

The rate of settler population growth slowed slightly under Netanyahu, from 31 percent during the previous five years under his predecessors Ariel Sharon and Ehud Olmert. Olmert especially took relatively little heat for the settlements because he was seen as a moderate. [emphasis added]

The surge referred to in the article is not based on past years. Instead, the surge is based on a comparison with the increased population of Israel as a whole, noting that the increase in the settlement population is more than double that in the country as a whole — and that population growth itself has actually slowed, not surged.

So let’s go with that comparison between the settlement and national populations, keeping in mind that the Haaretz article quoted earlier notes that 74% of the increase in the settler population from 2009 to 2014 was due to the birthrate and not an influx.

In an article in the Jewish Press in 2014, blogger Joe Settler followed the AP’s lead and compared the growth of populations in the settlements and compared it to Israel as a whole.

He found that the construction of houses in the settlements lags behind the rest of Israel:

The increase in the number of settlers is a natural increase, and the number of  houses that are being built do not even meet the demand.

Settlements Take Up Only 1% of the “West Bank”

That brings us to another misconception.

With all the talk by both the White House on the one hand and the media on the other, just how much land do the settlements take up in the “West Bank / Judea and Samaria?

And in 2011, chief Palestinian negotiator Saeb Erekat, claimed settlements took up 1.1% of the West Bank.

So again, why the fuss?

According to Peace Now, that 1% is deceptive:

…In total, more than 40% of the West Bank is under the direct control of settlers or settlements and off-limits to Palestinians, regardless of the fact that only a small portion of this land has been built on by settlers.

Let’s put aside that in 2010, Dani Dayan, then chairman of the settlers council, countered that settlements control only 9.2 percent of the West Bank.

The point Peace Now is making is that settlements and the control they have over land is an impediment to peace.

Blogger Elder of Ziyon counters that recent history demonstrates that the argument by Peace Now is a red herring:

Somehow, the 40% Israel controls didn’t stop Barak and Olmert from offering nearly the entire West Bank for a Palestinian state. If they could offer it, so could the current Israeli government. So the 40% figure is a red herring, meant to obscure the fact that the intransigent party is the Palestinian side.

Settlements did not stand in the way of Netanyahu’s predecessors from offering major concessions in the interests of peace — offers that fell through not because of the settlments but because the Palestinian Arabs, including Abbas, have turned down the offers.

So Why All The Fuss Over the Settlements?

So far, we have seen:

So why all the fuss over the settlements?
Evelyn Gordon again offers an answer:

In short, if settlement construction were really the death blow to the peace process that Obama and his European counterparts like to claim, Netanyahu ought to be their favorite Israeli prime minister ever instead of the most hated, because never has settlement construction been as low as it has under him. The obvious conclusion is that all the talk about settlement construction is just a smokescreen, and what really makes Western leaders loathe Netanyahu is something else entirely: the fact that unlike Rabin, Barak, Sharon and Olmert, he has so far refused to offer the kind of sweeping territorial concessions that, every time they were tried, have resulted in massive waves of anti-Israel terror.

At issue is more than just the sloppy confusion of settlements, houses and settler population. The hyperbole used by both the White House and the media pushes an agenda that clouds what is at stake and puts responsibility for peace on one party alone – Israel.