The Real Situation of Arab Citizens of Israel 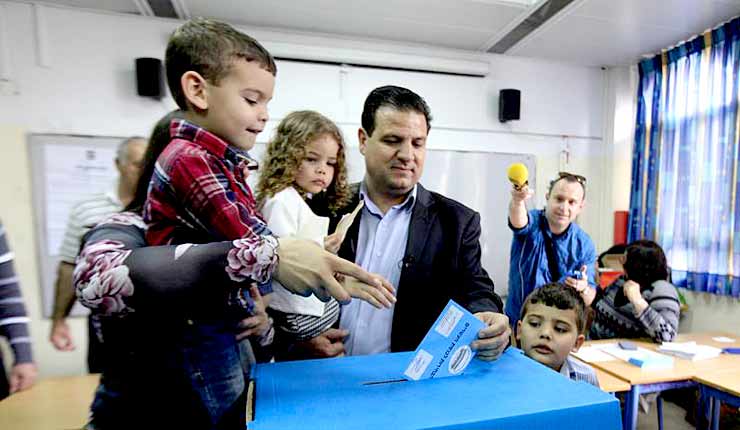 The liberal press has two staples in its coverage of Israeli politics. It consistently stresses that the major obstacle to settling the Israeli-Palestinian conflict is the behavior of anti-Arab right-wing politicians, led by Naftali Bennett, who promote more Jewish settlements in the West Bank. We are also told incessantly that Jewish anti-Arab attitudes, nourished by Prime Minister Benjamin Netanyahu’s rhetoric, threaten the civil rights of and the opportunities available to Israel’s Arab citizens. Sprinkle in stories about the pending government destruction of Bedouin towns and its mistreatment of African refugees, and it is no wonder that many college students now consider Israel among the most racist countries in the world. U.S. President-elect Donald Trump’s announcement of his proposed ambassador to Israel has only further intensified criticism.

What has been happening to the Israeli Arab population defies these demonizing narratives. In the past decade, the Netanyahu government has initiated efforts that have dramatically improved the occupational and educational attainment of its Arab citizens. Today, Israeli Arabs comprise 21 percent of the Israeli population and 23 percent of Israeli doctors. More generally, Arabs comprise 16 percent of first-year students in higher education, compared to 8 percent a decade earlier.

Between 2005 and 2011, inflation-adjusted Arab net family income increased by 7.4 percent. As a result, the share of Arab families that were “very satisfied” with their economic conditions rose from 40 percent in 2004-2005 to 60 percent in 2010-2011.  Indeed, recent surveys show Arab families have virtually the same level of satisfaction with their lives as Jewish families.

These gains have made integration into Israeli society a realistic goal for many within the Arab populace. Three-quarters of Israeli Arabs consider “Israeli” a part of their identity. They demand that their elected officials — the Joint List — pursue reforms that better their lives rather than those that promote solidarity with Palestinians in the West Bank and Gaza. As a result, 73 percent disagreed with the decision of the Joint List not to attend the funeral of Shimon Peres.

In general, the leader of the Joint List, Ayman Odeh, has followed the desires of the Israeli Arab populace. Working together with Sikkuy in December 2015, the Israeli government passed Bill 922. The legislation aimed to correct the longstanding inequities of government funding by allocating an unprecedented sum for Arab communities. For example, it dedicated to Arab towns 40 percent of the transportation budget for the next few years, particularly in Bedouin areas. At the same time, under the direction of Merchavim, the Education Ministry’s goal of increasing by 500 the number of Arab teachers in Jewish schools whose subject of instruction is not language is moving forward. In the labor market, the number of Arabs in high-tech fields continues to grow. Arabs now comprise 28 percent of students at Technion University and more than 4,000 are employed in the high-tech industry compared to less than 400 eight years ago.

These advances are occurring because of the active role of members of the Netanyahu coalition, particularly those in Shas and Likud. Probably one of the most important backers of these advances has been Bennett. When he became director of the Education Ministry, many government critics feared that he would suspend the efforts to expand the number of Arab teachers of non-Arab-language subjects in the Jewish school system. Instead, he readily gave supplemental funding when Merchavim pointed to the need to support retention efforts. This fall, the increased number reached 300, so that for the first time, a majority of Arab teachers in Jewish schools taught subjects other than Arabic. When Merchavim communicated this to Bennett, he became emotional, his eyes tearing up. And a recent study found that these Arab teachers reduced dramatically the anti-Arab attitudes among Jewish students.

When I told this to the co-directors of Tsofen, the group most instrumental to the growth in employment in the high-tech sector, they were not surprised. When the group began operations in 2008, Bennett was instrumental to Tsofen’s ability to gain the government funding it needed to succeed. Indeed, thanks now to Bill 922, Tsofen hopes to implement an ambitious plan to convince high-tech firms to build facilities in Arab towns, making it easier for Israeli Arabs to work in the sector.

A decade ago, the government approved the opportunity for young women to enter National Service where, for one year, they engage in social service activities. For the first few years, a number of Arab political parties and organizations used intimidation tactics to discourage Arab participation. The nationalist Balad party, working with some of the Arab feminist organizations, were successful in limiting Arab participations to Bedouins, Christians, and Druze. Eventually, however, it became clear that National Service was beneficial both to individual Arab women and the communities they served. As a result, it has become a personal choice that is no longer stigmatized, leading to a broader participation.

In 2000, Jewish police fired on Arab protestors, killing 13. In response, the Abraham Fund helped initiate changes in police training and the integration of Arabs into the national police force. By 2010, almost 100 Arab towns had some Arab police, up from less than a dozen a decade earlier. Now with the tacit approval of many Arab mayors, the government has instituted an aggressive campaign to further add to the number of Arab police in Arab towns. As more participate in national service and police forces, Israeli Arabs will be further integrated into the national fabric.

Certainly, there are still many obstacles to the full membership of the Arab community in Israeli society. However, it is totally inappropriate for government critics like the New Israel Fund to ignore if not suppress information on how much progress has been made in the last decade. These critics and their Palestinian nationalist allies are wedded to a strategy of confrontation with an allegedly racist government. By contrast these improvements overwhelmingly demonstrate the benefits of constructive engagement with those right-wing members of the current government coalition who have a genuine commitment to improving the situation of Arab citizens. It is about time this more accurate story is told.

Robert Cherry is a professor of economics at Brooklyn College and CUNY Graduate Center. The views expressed here are the author’s own.