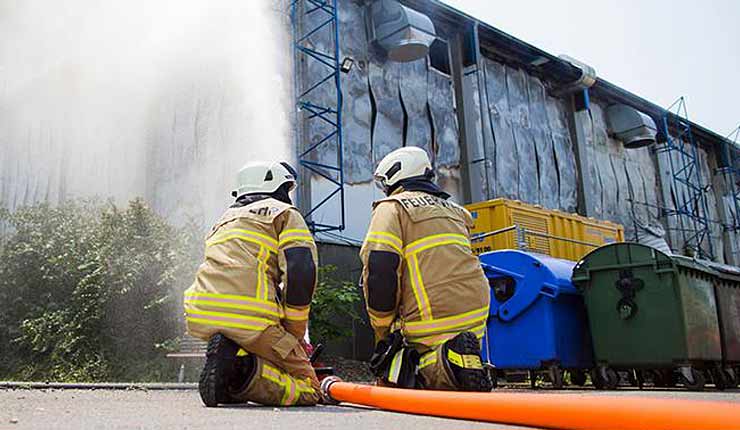 A 27-year-old Algerian is accused of setting his refugee accommodation in Düsseldorf on fire following a row over Ramadan meals. The blaze caused millions of euros in damage.

The Algerian asylum seeker was due in court in the western German city of Düsseldorf on Monday charged with serious arson.

Alongside him, a Moroccan man of the same age was due to face judges, accused of incitement.

Last June, the Algerian allegedly set fire to a canteen at the temporary shelter, which was located inside an exhibition hall.

Local media reported that 130 men were inside the building at the time and dozens were treated for minor injuries.

According to the charges, the main suspect was angry that residents not observing the fasting month of Ramadan had been given meals in the morning and afternoon.

During Ramadan, many practicing Muslims only eat after sundown.

The court will hear that the Algerian man doused a mattress in vodka and set it alight, engulfing the canteen within minutes.

The Moroccan suspect, who was unhappy with the state of the accommodation, was said to have incited the man to light the fire.


'Ring of steel' to be built in the City to protect London from terror attack Arab Israeli students call Syrian exiles 'traitors' - Exile responds by saying, ‘Shame on you; you live in paradise compared to Syrians.’