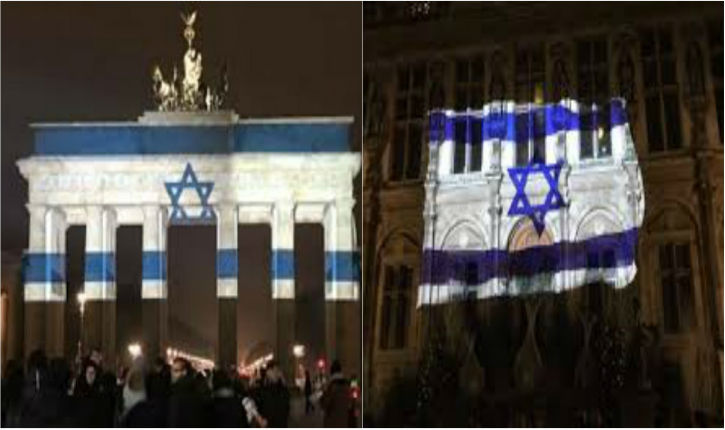 When a Palestinian terrorist used a car to ram and kill an Israeli soldier in eastern Jerusalem in 2014, the European Union urged “restraint” and, without condemning the attack, called it merely “further painful evidence of the need to undertake serious efforts towards a sustainable peace agreement.”

The statement by EU foreign relations chief Federica Mogherini was “a typical EU reaction, which blames the victim for getting attacked,” Oded Eran, a former ambassador of Israel to the European Union and a senior research fellow at the Institute for National Security Studies, said at the time.

Two years later, however, European officials had a much different reaction to a similar attack in eastern Jerusalem, which killed four Israeli soldiers.

“The European Union condemns the murder of these four young Israelis, as well as any praise or incitement for terrorist acts,” Brussels said in a statement, which unlike the 2014 communiqué omitted any reference to the fact that the attack happened in an area of Jerusalem that it considers occupied.

Unusually, following the attack the Israeli flag was projected on the Brandenburg Gate in Berlin and Paris City Hall, signs of solidarity with the Jewish state permitted by local authorities. Rotterdam City Hall flew the Israeli flag at half-mast.

To Eran and other observers of Israeli-EU relations, this change in tune is indicative of greater understanding and empathy in Europe to Israel’s fight against terrorism following a wave of terrorist attacks on the continent beginning in 2012.

“I think it’s a new development that sincerely stems from the change in the mind of many people in Europe, in government and beyond, who now understand better than a few years ago the impact and influence of terrorism on the daily lives of innocent victims,” Eran told JTA.

He was referring to the cumulative effect of at least a dozen major attacks on Western European soil since 2012 in which local or foreign jihadists killed hundreds of victims using methods long associated with Palestinian terrorists.

Last month, a terrorist whom the Islamic State terrorist group described as its “soldier” killed 11 people, including one Israeli tourist, at a Berlin Christmas market by plowing a stolen truck through the crowd. In July, a similar attack claimed over 80 lives in Nice, France. Days later, an Afghan man injured four people with an axe on a train in southern Germany.

These events happened just months after the murder of over 30 people in a series of explosions in Brussels in March, and fresh on the heels of a horrific series of bombings and shootings that left 130 people dead in Paris in November 2015.

The Israeli government, and Prime Minister Benjamin Netanyahu in particular, have been persistently drawing an equivalence between the attacks in Europe and attacks against Israelis by Palestinians.

“The terrorists who attack us have the same murderous intent as those in Paris,” Netanyahu said about the November 2015 Paris attacks. “It is time for states to condemn terrorism against us like they condemn terrorism anywhere else in the world.”

Following the Berlin attack, German President Joachim Gauck said as much in a reply he sent to a condolence message from Gauck’s Israeli counterpart, Reuven Rivlin.

“You and your country are in a position to understand fully what being threatened by terrorism means for a people and a nation because in your country it has become almost a daily phenomenon.

We know that you can feel with us and commiserate,” Gauck said.

The deputy chief of mission of the Israeli Embassy in Berlin, Avraham Nir-Feldklein, further drove home the message in a statement following the projection of the Israeli flag on the Brandenburg Gate, a gesture initiated by pro-Israel activists.

“We all find ourselves facing the same terror, from Nice through Berlin to Jerusalem, but together we will stand against evil, and we will prevail,” he wrote.

On Twitter, the German Foreign Ministry shared a picture of the projection, stating it was “in solidarity with Israel.” Paris Mayor Anne Hidalgo, by contrast, described the gesture in her city merely as a “tribute to the victims of the attack” in Jerusalem.

Muna Duzdar, an Austrian state secretary, insisted in an interview with JTA that “Europe always understood that Israel has a right to defend itself and have security,” and that greater empathy in Europe for terror victims extends not just to Israel but also to victims around the world.

But following the attacks in Europe, “now we’re having the situation that we have daily terrorist attacks. I wake up and there’s an attack in Israel, in Iraq, in Afghanistan, in Germany. No country is left unaffected. And it might be that someone who was affected himself has a better understanding of this.”

Duzdar, who was born in Austria to Palestinian parents and heads the Palestinian Austrian Society, rejected during the interview claims that the attack was not a terrorist incident because it was directed against soldiers on land that Palestinians consider occupied.

“This attack targeted human beings, and as far as I understand it was a jihadist who did that, whose intention was to attack people,” she said.

In Belgium, the firebrand anti-Israel columnist Dyab Abou Jahjah, who for years justified violence against Israelis and Americans in the pages of the De Standaard daily, was fired for defending the Jerusalem attack on social media.

“An attack on occupation soldiers in occupied territory is not terrorism! It is an act of Resistance. #FreePalestine,” Abou Jahjah wrote.

In a statement, De Standaard editor-in-chief Karel Verhoeven wrote that Abou Jahjah “has placed himself beyond the borders of acceptable debate” by endorsing violence.

Yet the gestures of empathy toward Israel will not likely carry over to EU policy, according to Eran, the former ambassador.

“These gestures are heartwarming and indicative of a positive change, but there is a clear distinction between empathy and policy in the corridors of the European Union, which is likely to remain as critical as ever of Israeli settlements and continue to oppose them on every international arena,” he said.