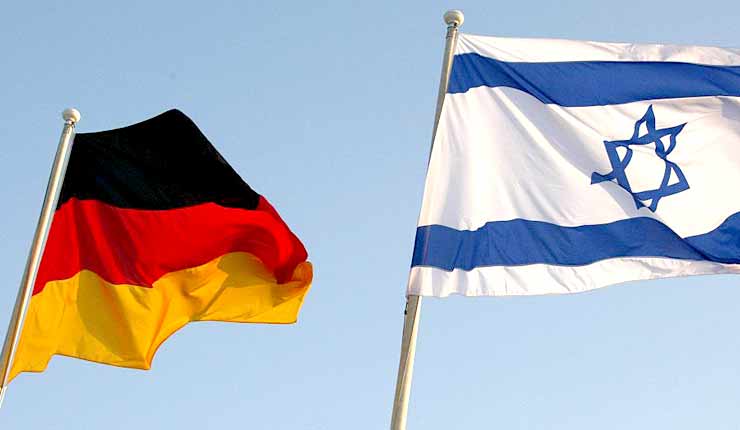 “It is outrageous that a distinguished German institution gives a stage to someone who spreads, in the best case, science fiction, and in the worst, pure incitement against Israel. Supporting [Norman] Finkelstein to maintain his academic facade is highly dangerous and an abuse of the scientific standards, ” Israel’s embassy to Germany told The Jerusalem Post on Wednesday.

The Social Democratic MP Michaela Engelmeier expressed astonishment to the Post that “with our history it is possible to welcome academics that play down the Nazi regime’s murder of six million Jews and present it as trivial.”

She added that the fact that talks from the anti-Israel academic Norman Finkelstein at the Max Planck Institute (MPI) are taking place close to International Holocaust Remembrance Day on January 27 is “especially insensitive.” She urged the MPI to cancel next week’s Finkelstein lecture titled “Gaza; an inquest into its martyrdom.”

She listed Finkelstein’s alleged support of the US and EU classified terrorist organization Hezbollah. “In the past, Finkelstein compared the antisemitic terror organization Hezbollah with the resistance against the National Socialists. He compared Israel’s approach with the Nazis. He termed, in his most important work, the remembrance of Auschwitz as the Holocaust Industry.”

She said that Finkelstein’s remarks place him in the “center of right-wing radical deniers of the Holocaust and make him criminally liable in Germany.”

Volker Beck, a Green Party MP who is the chairman of the German-Israel parliamentary group in the Bundestag, told the Post that MPI’s invitation to Finkelstein has nothing to do with “qualified academic expertise.” He said Finkelstein leveled “false contentions against the Jewish Claims Conference…he explained his solidarity with Hezbollah and considers Hamas a peace offensive toward Israel.”

Beck said Finkelstein’s views are welcomed by “conspiracy theoreticians and neo-Nazis because Finkelstein is the son of Holocaust survivors.”

He questioned what motivated the Max Planck Institute to invite him. “One cannot comprehend the invitation,” adding that he could not understand why the MPI would have something to do with fomenting  “antisemitic prejudices.”

The group Alliance against Antisemitism and Anti-Zionism along with an anti-fascist student organization from the University Halle protested on Monday against Finkelstein’s first talk at the MPI. According to media reports, the number of protestors ranged from 30 to 50.

The regional paper Mitteldeutsche Zeitung in the state of Saxony-Anhalt, where the MPI Halle is located, wrote that the media department of the MPI was “surprised by the intense reactions.” The MPI told the paper that Finkelstein is “ a smart academic.”

Marie-Claire Foblets, the managing director of the department of law and anthropology at the MPI, played a key role in organizing Finkelstein’s talks and has vigorously defended him. She told the Post it is absurd to call Finkelstein an antisemite. Multiple Post emails to Dr. Martin Stratmann. the president of the MPI, were not immediately returned. The indifference to antisemitism at MPI Halle has raised eyebrows among monitors of modern antisemitism in Germany such as Dr. Efraim Zuroff from the Jerusalem office of the Simon Wiesenthal Center because the MPI played a role in advancing the Hitler movement’s lethal antisemitism.

Engelmeier, the social democratic deputy, reminded the MPI that many “artists, academics, social democrats, communists, journalist, and Sinti and Roma were victims of National Socialism. These victims were not disputed by Finkelstein, rather only the Jews.

“Finkelstein blames Israel alone for the terror in the Middle East. With this position, he documents his passion to deny facts and to deny the terror attacks of the anti-Semitic organization Hamas and equates Israel’s defensive measures to the annihilation of the Nazis.”