The students interrupt Syrian exiles during peace conference at Hebrew University, accusing them of betraying their country; one of the Syrians responds by saying, ‘Shame on you; you live in paradise compared to Syrians.’

Arab Israeli students abruptly interrupted a Hebrew University conference that focused on the current situation in Syria. The students accused the Syrian exile participants, who had come to tell their personal stories, of being “traitors” to their country, in addition to attacking the Israeli government’s policy.

The Truman Research Institute for the Advancement of Peace at Hebrew University in Jerusalem hosted the conference, which invited Syrians to speak to Israelis about life in Syria, in an effort to convey the present-day Syrian reality to the Israeli public. The conference included two Syrians exiles: Kurdish-Syrian journalist Sirwan Kajjo, who currently lives in the US; and Isam Zitun, who currently lives in Germany. 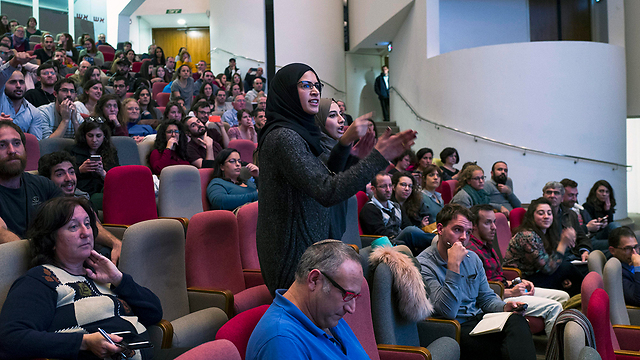 As the conference progressed, several Arab students began yelling at the Syrian speakers and reprimanding them for entering a dialogue with Israel. “The Golan has been occupied since 1967; you’re a traitor and a conspirator!” yelled one of the student protestors. Zitun answered the students by saying, “Shame on you; you live in paradise compared to Syrians.” 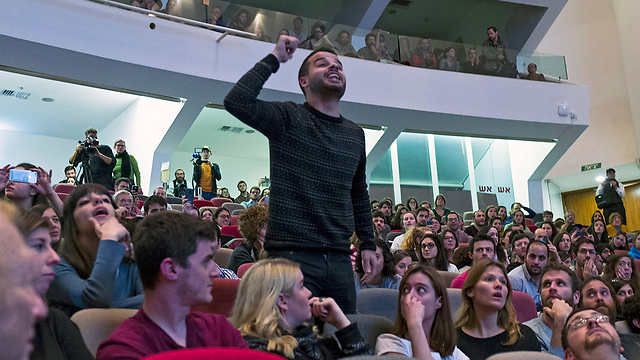 The verbal altercation began during a Skype call between the conference’s participants and Al-Rukn Abu Sakher, who introduced himself as an officer in the rebel forces. The conversation was cut short and the confrontation with the students went on for several minutes until they finally left the auditorium. MK Ksenia Svetlova (Zionist Union) responded to the students by saying, “This is inappropriate; this is an academic conference. Israelis will continue to speak with Syrians.” 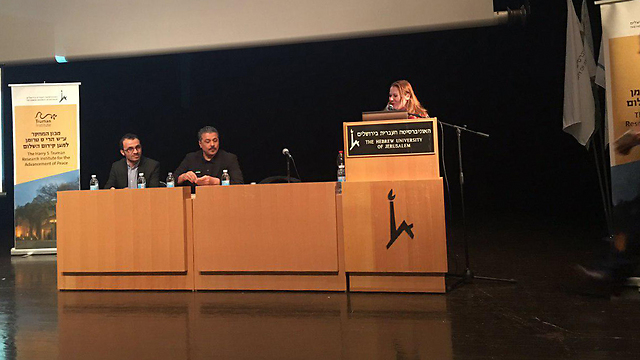 The conference before the disruption

Zitun described the situation in South Syria and the Syrian-controlled Golan region, as well what can be done to help the people there. “The Golan is under siege by the Hezbollah and (Syrian President Bashar al-Assad’s) regime. If Israel could help the people under this siege, that would be great.” 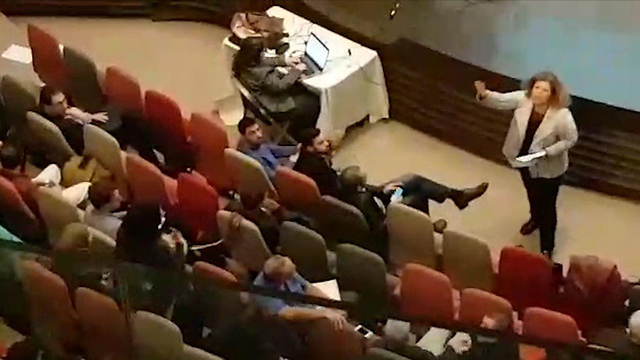 Zitun and Kajjo stated that this was not their first visit to Israel. Speaking to Ynet, the two said that they work to make Syrians’ voices heard worldwide. “Israel is a neighbor of Syria’s, and many of us think that it should be more involved, at least in terms of providing humanitarian aid to Syrians in need in south Syria,” said Kajjo, before adding, “Israel should have a better relationship with Syria in the future.” Zitun added that Israel should help the Syrian people out in both the humanitarian and political spheres, since the situation in Syria has spun into a regional crisis.

When asked why the opposition in Syria is not more unified against Assad’s regime, Kajji said, “It makes sense for the opposition to be divided, since they come from different backgrounds.” Zitun said that “It stands to reason that the opposition be divided after everything that Assad has done over the years. There also isn’t much of a political culture in Syria. The international community needs to take responsibility.” 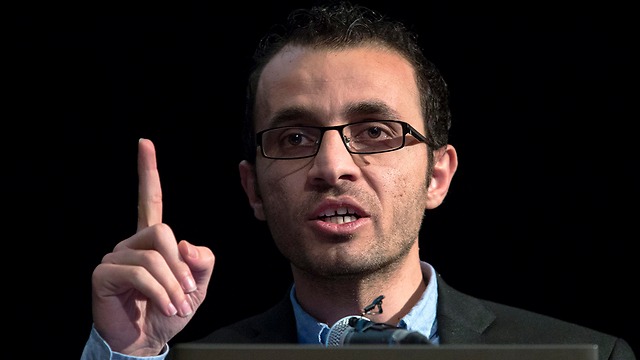 Both Zitun and Kajji said that they do not see much good in the peace talks to be held in Kazakhstan next week, as not all the warring factions are due to take part in them.