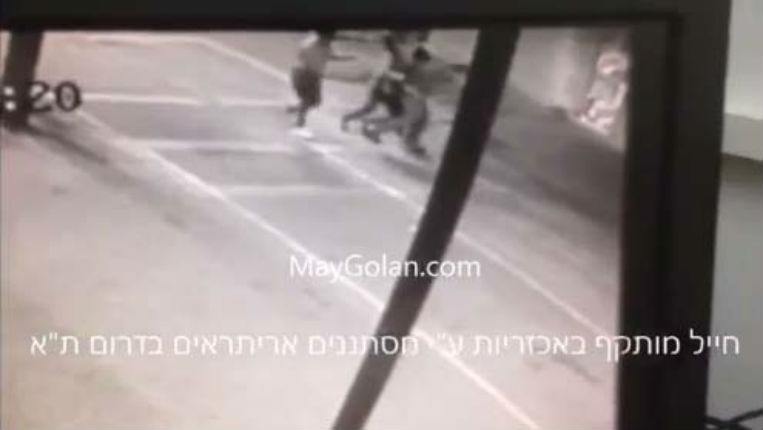 May Golan, a community activist from South Tel Aviv who has dedicated herself to the effort to rid the city’s poorest neighborhoods from the oppression of illegal migrants, on Monday night Tweeted a video showing three Eritrean illegal migrants attacking an IDF soldier on the street.

Shocking Video: #IDF soldier brutally attacked by 3 illegal infiltrators from Eritrea in my home town South TLV. @netanyahu Get them out!!! pic.twitter.com/0nAO7KlnZw

Golan, 30, who was born out-of-wedlock to a Haredi mother, described her life in South Tel Aviv next door to the “infiltrators” in her blog, and ran to the Knesset on Dr. Aryeh Eldad’s party list Otzma L’Israel. She heads the NGO Hebrew City, and ran for the Tel Aviv city council.

Golan and her mother have been attacked three times, between 2013 and 2015, by illegal Eritrean migrants.


Arab Israeli students call Syrian exiles 'traitors' - Exile responds by saying, ‘Shame on you; you live in paradise compared to Syrians.’ EU Warns Trump Not to Move US Embassy To Jerusalem From Tel Aviv