Israel is the legal occupant of the West Bank, says the Court of Appeal of Versailles, France 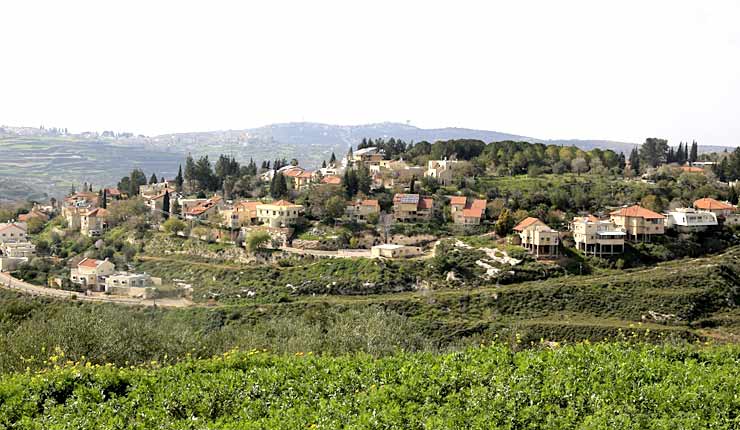 In a historical trial carefully « forgotten » by the media, the 3rd Chamber of the Court of Appeal of Versailles declares that Israel is the legal occupant of the West Bank*.

When I first learned that the Court of Appeal of Versailles ruled that West bank settlements and occupation of Judea Samaria by Israel is unequivocally legal under international law, in a suit brought by the Palestinian Authority against Jerusalem’s light rail built by French companies Alstom and Veolia, that received no media coverage, I decided to put to work my years of Law Studies in France, and I meticulously analyzed the Court ruling.

To my astonishment, pro-Israeli media did not cover it either. The few who mentioned the case did not have any legal background in French law to understand the mega-importance of the ruling, and, as a few lefty English speaking Israeli websites reported it, they thought that it was a decision strictly pertinent to the Jerusalem light rail. It’s not.

To make sure I did not overestimate my legal abilities and that I wasn’t over optimistic – as usual-, I submitted my analysis and the Court papers to one of the most prominent French lawyer, Gilles-William Goldnadel, President of Lawyers without borders, to receive his legal opinion. He indeed validated my finding. Then I decided to translate it to English, and it will soon be submitted to Benjamin Netanyahu thru a mutual friend.

First and foremost, the Versailles Court of Appeals had to determine the legal rights of Palestinians and Israelis in West Bank. Their conclusion: Palestinians have no right – in the international legal sense – to the region, unlike Israel, who is legitimately entitled to occupy all land beyond the 67 line.

In the 90s, Israel bid for the construction of the Jerusalem light rail. The tender was won by French companies Veolia and Alstom. The light rail was completed in 2011, and it cross Jerusalem all the way to the east side and the « occupied territories » (more about this term later).

Following this, the PLO filed a complaint with the High Court (Tribunal de Grande Instance) of Versailles France, against Alstom and Veolia, because according to PLO, « the construction of the tram is illegal since the UN, the EU, many NGOs and governments consider that « Israel illegally occupy Palestinian territories ».

The quest for the International Legislation to establish the rights of each party.

In order to rule whether the light rail construction was legal or not, the court had to seek the texts of international law, to examine international treaties, in order to establish the respective rights of the Palestinians and the Israelis.

And to my knowledge, this is the first time that a non-Israeli court has been led to rule on the status of the West Bank.

Why is this an historical ruling: it is the first international case since the declaration of the State of Israel in 1948

It is the first time since the establishment of the State of Israel in 1948 that an independent, non-Israeli court has been called upon to examine the legal status of West bank territories under international law, beyond the political claims of the parties.

Keep in mind though, that the Court’s findings have no effect in international law. What they do, and it’s of the utmost importance, is to clarify the legal reality.

The Versailles Court of Appeal conclusions are as resounding as the silence in which they were received in the media: Israel has real rights in the territories, its decision to build a light rail in the West Bank or anything else in the area is legal, and the judges have rejected all the arguments presented by the Palestinians.

The Court of Appeal does not deny the occupation, but it destroys one after another all the Palestinian arguments

Referring to the texts on which the PLO claim is based, the Court of Appeal considers that Israel is entitled to ensure order and public life in the West Bank, therefore Israel has the right to build a light rail, infrastructure and dwellings.

Article 43 of the Fourth Hague Convention of 1907 stipulates that « The authority of the legitimate power having in fact passed into the hands of the occupant, the latter shall take all the measures in his power to restore, and ensure, as far as possible, public order and safety ».

Israeli occupation does not violate any international law

« The Palestinian Authority misread the documents, they do not apply to the occupation »

The Court explains that the Palestinian Authority misinterprets the texts and they do not apply to the occupation:

Propaganda is not international law

The Court, quite irritated by the presented arguments, boldly asserted that the law « cannot be based solely on the PLO’s assessment of a political or social situation.«

Humanitarian law was not violated

The PLO mistakenly refers to the wrong legal document because the Hague Convention applies in case of bombing. And … « Jerusalem is not bombed. »

The PLO invokes the violation of humanitarian law contained in the Geneva and Hague Conventions.

The PLO and the Palestinians were dismissed

The PLO cannot invoke any of these international conventions, said the Court.

« These international norms and treaties » does not give the « Palestinian people that the PLO says he represents, the right to invoke them before a court.«

Neither the PLO nor the Palestinian Authority nor the AFPS appealed to the Supreme Court, therefore the judgment has become final.

This is the first time that a Court has legally destroyed all Palestinian legal claim that Israel’s occupation is illegal.

Reprint or redistribution of this copyrighted material is permitted with the following attribution and link: © Jean-Patrick Grumberg for www.Dreuz.info