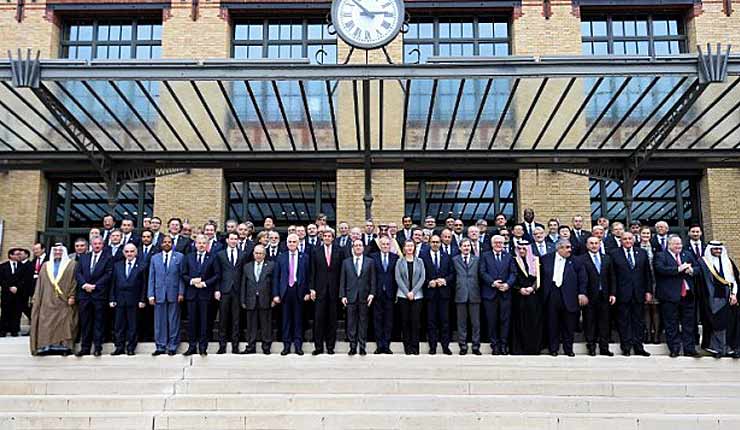 Jerusalem heaved a sigh of relief on Monday when the 28 EU foreign ministers meeting in Brussels adjourned without issuing a statement adopting either UN Security Council Resolution 2334 or the declaration that emerged from the Paris conference on Sunday.

The Council of the European Union met for a discussion on the Middle East peace process without issuing any conclusions. Israel has in recent days worked to prevent the council from issuing a final statement that would adopt the language of the Security Council’s anti-settlement resolution that also declared the Western Wall as ‘occupied territory,’ or the Paris declaration.

The Jerusalem Post has learned that France was pressing inside the meeting for the EU to adopt the Paris declaration, but these efforts were rebuffed by Britain and some Balkan states keen on getting off on the “right foot” with US President-elect Donald Trump when he takes office on Friday.

The British Foreign Office gave voice to this sentiment on Sunday, when it refused to endorse the Paris declaration.

“We have particular reservations about an international conference intended to advance peace between the parties that does not involve them – indeed, which is taking place against the wishes of the Israelis – and which is taking place just days before the transition to a new American president, when the US will be the ultimate guarantor of any agreement,” a Foreign Office statement said.

The Paris declaration reaffirmed support for a two-state solution, and called for a stop to the violence and “ongoing settlement activity.” It also called on each side “to refrain from unilateral steps that prejudge the outcome of negotiations on final-status issues, including, inter alia, on Jerusalem, borders, security, and refugees, which they will not recognize.”

EU foreign policy chief Federica Mogherini said at a news conference after the meeting of the foreign ministers that while no conclusions were formally adopted, the ministers “strongly reconfirmed our consolidated position on the two states, and on the trends that are endangering this perspective,” namely “the settlement expansion, the violence and the incitement to violence, and the situation in Gaza.”

She denied that the British blocked the adoption of the Paris declaration, saying the purpose of the meeting was an “informal exchange” on the issues. Although there was “some exchange” about whether the foreign ministers should issue conclusions on the Middle East peace process, she did not exclude the possibility that this may take place at a later time.

Regarding the possible movement of the US Embassy from Tel Aviv to Jerusalem, Mogherini said that the EU will “continue to respect the international consensus embodied in UN Security Council Resolution 478 from 1980.” In that resolution, taken after Israel annexed Jerusalem, the Security Council strongly censured Israel for the move and called on countries with embassies in the city to remove them.

“We will for sure not move our delegation – that is in Tel Aviv,” she said. “And we hope that there can be reflection on consequences on any move that is taken. I believe it is very important for us all to refrain from unilateral actions, especially those that can have serious consequences in large sectors of public opinion in large parts of the world.” She specifically mentioned the Arab world, Africa, Asia and parts of Europe.


Israel is the legal occupant of the West Bank, says the Court of Appeal of Versailles, France Poll: 85% of Jews Worldwide Have Experienced or Witnessed Antisemitism