‘Europe is under ATTACK from Islam and should prepare for WAR’, Italian politician blasts 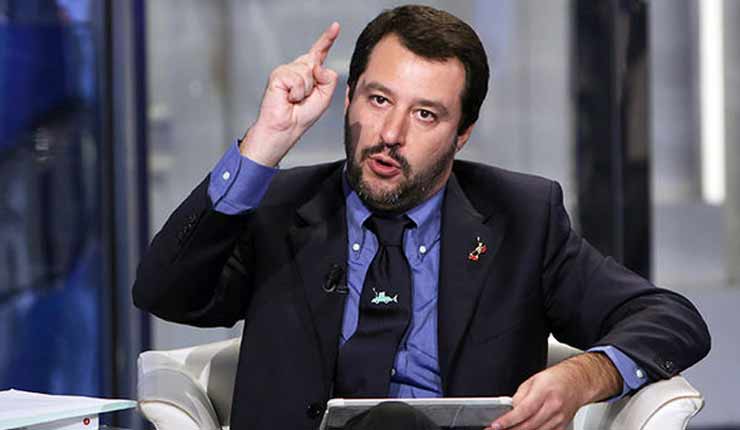 EUROPE is “under attack from Islam” and will lose its core values if migrants are not ejected, top Italian politician Matteo Salvini claimed.

The Lega Nord party leader hailed the New Year Cologne sex attacks of 2015 as a “warning” that was not heeded and he claims the incident was directly responsible for the Berlin Christmas market massacre.

Mr Salvini is adamant the main problem facing Europe is Islam, which he believes is incompatible with European societies.

He fears Europe is “losing its values” and has shown itself to be “lacking in security” given the increase in violent terror attacks in recent years.

He said: “We are under attack and must decisively kick out those people who do not have a legal claim to residence here.

“If you want to live in peace, you have to prepare for war.”

The right wing politician, 43, from Milan, also wants to see Europe strike a deal with African nations to stem the flow of economic migrants.

He said the EU was “throwing money out of the window” by housing immigrants from Mali, Nigeria, Gambia and Senegal in Italy.

He also heralds the growing popularity of the far right Alternative for Germany party, lead by Franke Petry, which he calls “a fresh and unexpected phenomenon”.

One thought on “‘Europe is under ATTACK from Islam and should prepare for WAR’, Italian politician blasts”