Over a million PA Arabs plan to leave Israel 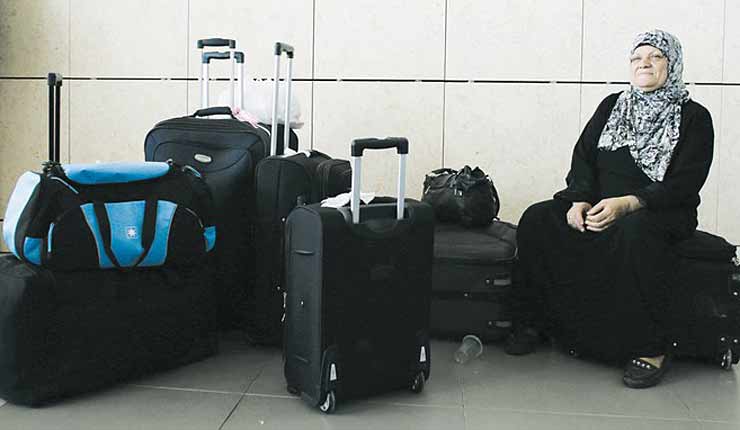 More Arabs are leaving Judea and Samaria every year reported an Arab48 journalist, referring to Areas A and B, under Palestinian Authority control.

“A guy named Ahmad told me there were 44 kids in his high school class, all of them from Kfar Ramon. Only four of them still live there, the rest moved to the United States,” the journalist said.

Most of those who emigrate are under 30, single, and jobless. 90% are Muslim Arabs, and the other 10% are Christian Arabs. And only 27% of Arab youth consider themselves to be politically active.

The vast majority of Arabs who leave Israel emigrate to either the United States or South America.

However, a large percentage visit Israel during the summers and vacations.

Both the Palestinian Authority and Hamas do not make ensuring their residents have adequate access to education, jobs, and medical centers a priority. Most of the international aid funneled to Gaza and the PA goes into financing rockets and terror tunnels, paying terrorists and their families salaries, and lining the pockets of corrupt PA politicians and terror leaders.

As a result, there is large gap between rich and poor, with much of the Arab public in these areas impoverished and uneducated. According to the Arab48, even those who do complete college and find jobs often earn between 1500 NIS to 2500 NIS each month working in Palestinian Authority-controlled areas. Those working for Israelis enjoy a higher income by far, but Israeli firms in Judea and Samaria that employ Palestinian Arabs, such as Soda Stream and those in the Barkan Industrial Park, are subject to boycotts and other threats.

Israeli Arabs are highly educated, in contrast and can be found in every sphere of economic activity earning good wages, including doctors, pharmacists, nurses, construction workers, busdrivers, repairmen and other fields. For unskilled workers, the minimum wage in Israel is approximately 5000 NIS per month.


'Europe is under ATTACK from Islam and should prepare for WAR', Italian politician blasts FROM THE SUBLIME TO THE IGNOMINIOUS IS, BUT A STEP.