Campaign was Launched against Hezbollah’s drug traffickers in Daraa, Syria 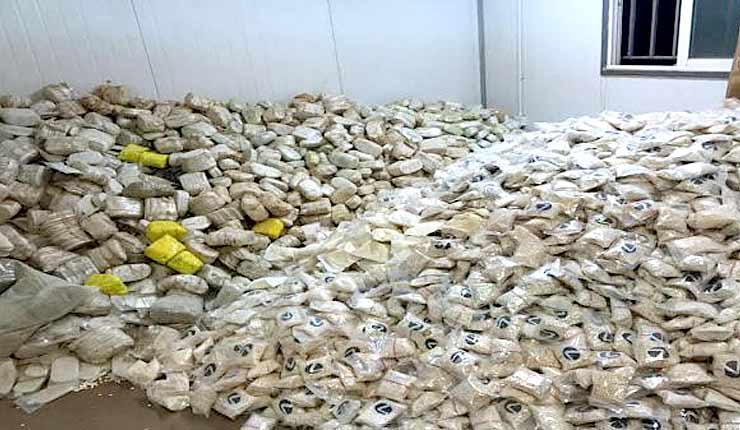 Courthouse in Horan began a campaign against drug traffickers and promoters in Daraa province, and arrested a number of them, ”Hezbollah militia is working on the smuggling of those pills into Syria” President of the Court said.

that the court and in collaboration with some militant factions in Daraa, carried out a campaign for the arrest of several drug dealers and members promote grain networks, in a number of areas in the governorate, “Naba’ news organization” quoted  the President of the House of Justice court in Dara-Sheikh “Esmat al-Absi”

He added that the collaborating force with the court, arrested a group of traders and promoters of narcotic pills in rural Daraa, including collaborators with some battalion commanders and brigade in Daraa, after monitoring and follow-up resumed for several months, to the of the drugs’ sources and people who oversee the distribution.

Sheikh Ismat said, the main source of narcotic pills in Syria, is the Lebanese Hezbollah militia, and through some traders are distributed and sent to the areas of Syria, including Daraa, and the Court wprks hard to follow those involved and punish them, and that the pardons issued by the court do not cover them.

Muzeireeb’ police station, west of Daraa oversees and collaborates with some militant factions, commissioned by the House of Justice Court, to follow drugs’ distribution sources, and drug users, and hand them over to the court branch in the city of “Nawa” western countryside of Daraa.

“Shabab al-Sunnah” forces, one of the southern front factions in Daraa, arrested at the end of December of 2016, a network of drug dealers in the city of Bosra Sham eastern countryside of Daraa, and seized of amounts of narcotic pills different types of them.