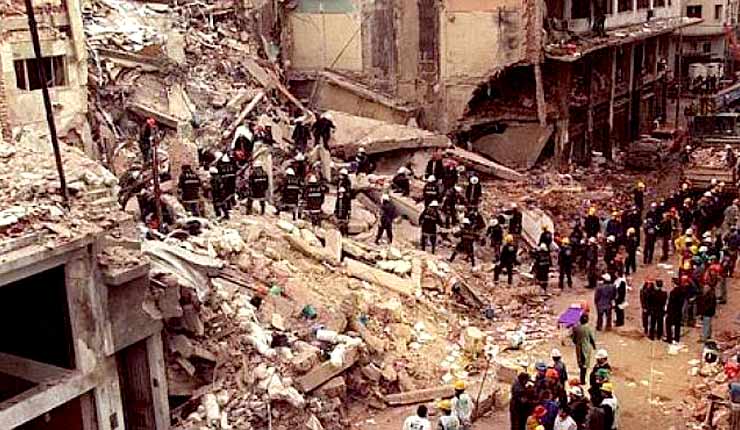 “The wall of impunity is being breached,” an Argentinian affairs commentator told The Algemeiner on Monday following the news that an Argentine court had reopened an investigation into former President Cristina Fernandez de Kirchner and the alleged cover-up of Iran’s involvement in the July 1994 bombing at a Jewish community center in Buenos Aires in which 85 people were killed.

“Kirchner and her associates are no longer untouchable,” Eamonn McDonagh said. “And this move is important because this will be the first time that Nisman’s allegation against the previous government will be investigated.”

McDonagh was referring to federal prosecutor Alberto Nisman, who was found dead — with a gunshot wound to the head — under suspicious circumstances at his Buenos Aires home in January 2015, just days after he accused Kirchner and then-Foreign Minister Hector Timerman — among other government officials – of making a secret agreement with Iran to absolve the Tehran regime of responsibility for the attack at the Asociacion Mutual Israelita Argentina building in exchange for trade concessions.

McDonagh is among those who believe Nisman was silenced by those he was investigating (it has never been officially ruled whether Nisman’s death was the result of murder or suicide).

“If Nisman hadn’t been on to something, they would not have killed him,” McDonagh said.

Kirchner, who left office in December 2015, is already facing corruption charges in a number of other cases. However, McDonagh said, “the Iran deal — and by implication having Nisman whacked — are another level of evil-doing altogether.”

The only thing that could stop the investigation now would be an appeal to the Supreme Court. But, McDonagh said, “I don’t see the Supreme Court even being willing to hear such an appeal and if it did there’s no way it’s going to go, ‘Hey, we don’t think that the accusations made by a deceased fiscal general four days before he was found with a bullet in his head should be investigated.’”

However, McDonagh cautioned, “In Argentina, we never get the full truth on anything, so I doubt if this will be an exception. Judge Ariel Lijo’s name came out of the draw to lead the investigation, but another federal judge, Claudio Bonadio, might seek to have it assigned to him because he’s investigating former Foreign Minister Timerman on closely-related treason charges. He’d be a more energetic investigator than Lijo.”

“Even if Lijo keeps the case, he won’t be able to avoid ordering the 50 or so investigative measures requested by Nisman nearly two years ago and never carried out,” McDonagh went on to say. “These including tracing the movements of cell phones belonging to the accused and checking the calls between them, also checking their movements in and out of the country, their tax records, etc. If he’s feeling brave, he may even call Kirchner to testify. And the results of these measures will leak in due course.”


[Video] Huckabee calls UN resolution an act of hate Why Did Obama Pander to the UN’s Stunning Anti-Israel Bias?