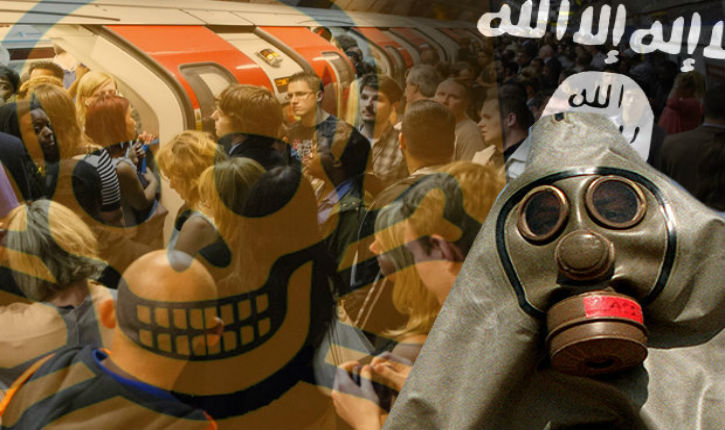 Islamic State has ambitions to carry out “mass casualty” chemical weapon attacks in Britain, the minister with responsibility for national security has warned.

In an interview with the Sunday Times, Ben Wallace, Minister of State for Security warned that Islamic State had already carried out chemical weapon attacks in Syria, and planned to do so on British soil if they can.

“They have no moral objection to using chemical weapons against populations, and if they could, they would in this country. The casualty figures that could be involved would be everybody’s worst fear.

The terror group is thought to have gained control of a cache of chemical weapons as its ranks contain former workers in Saddam Hussain’s weapons program in Iraq; it is also believed to have taken hold of weapons stored in Libya.

According to sources, the group has already used sulphur mustard gas in Syria. British intelligence believes the gas was manufactured by Islamic State itself, and that the group is further experimenting with the development of biological weapons.

As further proof of Islamic State’s ambitions to use such, Wallace highlighted the arrest in Morocco of an Islamic State cell in February, saying: “Moroccan authorities dismantled a cell involving chemical weapons. They recovered toxic chemical and biological substances and a large stock of fertiliser. The substances found could have been used to produce homemade explosives and could have been transformed into a deadly toxin.”

Security services and police have already incorporated the threat into their preparedness training, along with prepping for lone wolf and gunmen attacks, Wallace said. In one exercise by the fire service in north-west England, overseen by Wallace, firefighters ran through how to deal with chemical decontamination after an attack.

Other major exercises have involved simulating an attack on London’s Canary Wharf, on a conference centre in Birmingham, and on Manchester’s Trafford Centre.

Wallace has called on the public to play their part too by practising constant vigilance.

“If you work in government or someone is asking questions about your business, or if you work in the defence industry and someone is more curious than they should be, report it,” he said.

“If you are work­ing in an ­airport and you see odd ­behaviour or bags not being checked, say something.”

Wallace, who served in military intelligence in Northern Ireland, said he wanted to see the same levels of public awareness about the threat as “when the IRA were doing bombing campaigns in the 1970s and 1980s”.

Around 800 Britons have travelled to Syria to fight with Islamic State, of whom about half have returned to Britain and a further 100 or so killed.

In 2015, approximately 150 people were prevented from travelling to the war zone by the authorities, and Wallace said he expected the figure for 2016 would be “very similar”.

“The big concern is if Mosul collapses and all the other bases of Isis collapse. We know there are a significant number of [Britons] fighting for IS in Syria. They will probably want to come home,” he said.

“There will also be those people who wanted to go out there but no longer can get there. Their frustration may boil over.”