Lebanese Columnist: The Arab Countries Seem To Be Engaged In A Perpetual War Against Women 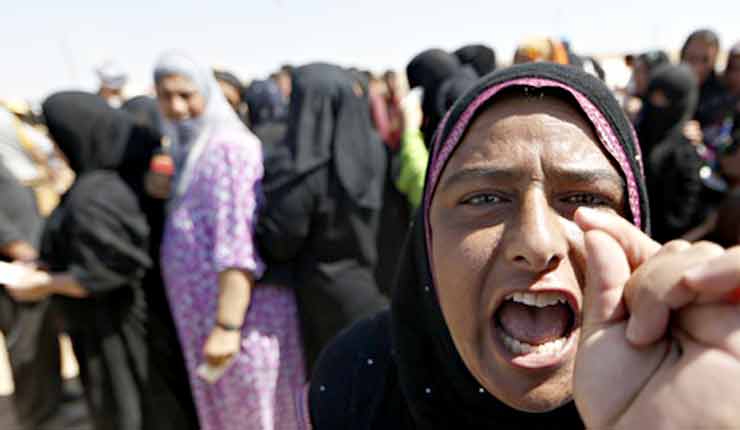 In a scathingly sarcastic article on the liberal website Elaph, Lebanese columnist Hazem Saghiya criticized the attitude towards women in the Arab world, stating that the Arab Spring revolutions took no interest in improving their status, and that various outrageously misogynic statements by Arab MPs, as well as cases of blatant discrimination against women, reflect their dire situation in the Arab world. He stated further that when women leave home and find employment, men feel threatened and respond with violent misogynist rhetoric. The following are excerpts from his article:[1]

“An observer might get the impression that, in addition to the many civil wars raging in the Arab countries, these countries are also engaged in a perpetual war against women. Very many men in our midst – [whether] at the top echelons of leadership or in the lowest strata of society – feel helpless, unsure what to do with these creatures [i.e., women] whose numbers seem excessive.

“A Lebanese MP called Elie Marouni, who generally failed to notice that women had any role [in society] at all, understood one day that they do have a role, and he should be thanked for that. But the role he ascribed to them was [embodied by his statement] that ‘some women give a rapist a reason to rape them.’

“Egyptian MP Ilhami Agina, possessing an imagination and [capacity] for fantasy absent in his Lebanese colleague, opposed a bill criminalizing female genital mutilation. [According to him], the rise in impotence among men obligates us to suppress sexual desire in women! Agina kindly provided us with an opportunity to examine the unusual and amazing statistic, that between 70 and 90 percent of Egyptian women have undergone FGM.

“The same day… [my] colleague, [journalist] Roula Amin, posted an ‘urgent call’ on Facebook demanding to enforce the decision of a Jordanian court [giving her custody over her daughter. She wrote]: ‘My ex-husband Muhammad ‘Ajlouni took my seven-year-old daughter Dina for a routine visit and did not return her as mandated by the court’s ruling, and the police say they cannot do anything to help me.’ It was the widespread solidarity [evoked by Amin’s post], and the extensive pressure exerted by media outlets of every sort, that [eventually] caused Dina to be returned to her mother.

“These are three headlines that were highlighted by the media and social networks, all of them somehow related to the plight of Arab women. But [the fact is that] there are many thousands [of women] who live out their tragedies in remote suburbs and locked rooms that nobody discusses what goes on in them.

“What to do with a woman who is forever required to be [treated] either like a slave, a commodity or a doll? The [Arab] regimes, whether conservative or revolutionary, only work to entrench this status of women. The Arab Spring revolutions, with the partial exception of the one in Tunisia, took no interest in the situation [of women] or in changing it. The military regimes chose to turn her into a soldier to be paraded around on ‘Revolution Day.’ The revolutionary Islamists regarded her as another object to control and to punish in the name of the scriptures. At the same time, the old tradition of [publishing articles] celebrating some socialite or businesswoman continued, so that their photos in women’s magazines and society magazines would prove [to the world] that we [Arabs] have come a long way in [guaranteeing] equality between the sexes!

“But the fact is that women are excluded from public discourse, and are suddenly remembered [only] when there is a need for proof of Western conspiracies or Orientalism that distorts [our image]. In any case, [the discourse on women’s issues] is confined to a handful of feminist men and women and a few legislators and activists in civil society organizations whose noble [intentions] and enthusiasm exceed their [actual] influence. The same is true for the Western pressure on our governments, for our governments deceive the West by beautifying [the facts and keeping up] the charade until the Western official’s [plane] leaves the airport, and then things go back to the way they were.

“All this is happening while masculinity is in deep crisis, not only in our [societies] but throughout the world. Suffice it to mention that modern societies and economies render physical strength unnecessary, along with the values that were long associated with manliness and are [now] obsolete. When the education [system], job market and media strive to integrate women and encourage them to leave home, this pours fuel on the fires of masculine rage that are already burning. Add to that the current decline of enlightenment and modernity, as indicated by the rise to power of men like Donald Trump and Silvio Berlusconi before him, and we discover that the ‘macho male’ uses the most despicable rhetoric and behaviors to protect the old world [order] and his privileged status.

“However, while the British, and not only them, are thinking of including hostility and hatred towards women in the category of hate crimes, we in this part of the world find nothing to rely on in confronting the mounting barbarity: neither moral standards, nor policies nor laws have any effect. As for the MPs of the Arab nation, who are elected by the public to pass laws and limit the brutal power of the executive branch over us, [let me just say that] Marouni and Agina are not [even] the worst of the lot.

“In this situation only one thing still keeps us awake at night: what shall we do with this burden called women?”


Since when did the Palestinians become entitled to a state? Police 'covered up' violent campaign to turn London area 'Islamic'