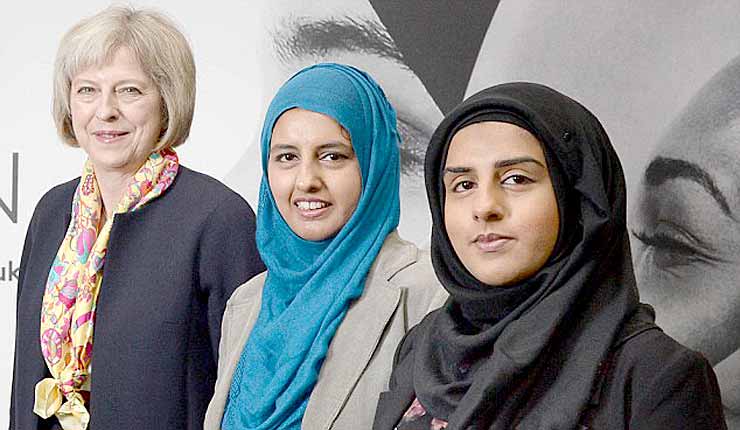 Members of an ‘anti-extremism group’ which won praise from the Prime Minister have been found to have made homophobic and anti-Semitic comments.

Odara is a Muslim women’s group claiming to promote integration. It has received more than £150,000 of taxpayers’ money from counter-terrorism programme – Prevent.

Last year, then home secretary Theresa May said she was ‘proud’ to support the group ‘working to stand up against the extremists who seek to divide us’.

But leader and co-founder of the organisation, Aysha Iqbal, and outreach worker, Tasmiyah Bint Naeem had posted a series of messages on their Facebook accounts which suggested they had extreme views themselves.

Miss Bint Naeem made homophobic comments on the social media site, saying she would not ‘be in the company of those that are gay’.

She said she would ‘not embrace’ homosexuality and added: ‘Shoot me for my views… don’t care if times have changed.’

In another, she posted a video claiming 9/11 was an ‘inside job’, alongside the caption: ‘Watch and think.’

She also appeared to make anti-Semitic comments – in one she said ‘may Allah destroy Zionists’. She repeatedly used the word ‘Zionist’ to describe Israelis – a term considered by many to be anti-Semitic in some contexts.

These views have now been taken off their Facebook pages.

Odara, based in Sparkbrook, Birmingham, runs workshops on personal and educational development for women and provides a ‘safe environment for discussion on issues like domestic violence, mental health and extremism’. 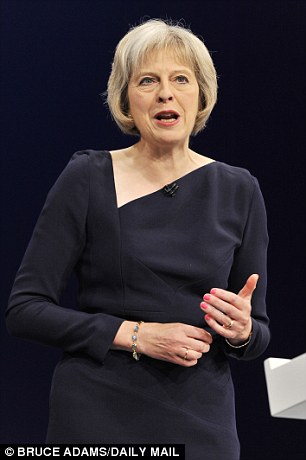 Last year, then home secretary Theresa May said she was ‘proud’ to support the group ‘working to stand up against the extremists who seek to divide us’

The group’s website states: ‘We don’t judge. We won’t discriminate. What we can promise is a warm welcome.’ It is not known exactly how much Government money the group has received, but sources say it is in excess of £150,000.

Dame Louise Casey – who conducted a Government-commissioned review into the integration of minority groups, released earlier this month – even used Odara as an example of how Muslim women with poor English are being supported and encouraged to integrate.

But two groups that had considered working with Odara told the Daily Mail they decided against it last year over concerns about the group’s ‘homophobic and anti-Semitic views’.

Miss Iqbal said her Facebook posts were from January 2013, before she began work challenging extremism.

She said they were meant to be ‘tongue in cheek’ but she realised now how ‘inappropriate and offensive it appeared without the context’. She added that Miss Bint Naeem had stopped working for Odara last month.

Miss Bint Naeem said: ‘I want to make it very clear I am not homophobic or anti-Semitic. What has been picked up on are online profile statuses from a long time ago – since then I have developed personally and professionally and reject any of the views in question.’

Birmingham Labour MP Khalid Mahmood said: ‘Again this is an example of how the Home Office has been duped into supporting, recommending and funding organisations that spring up from nowhere.

‘It is wrong that such groups are receiving Government money without first understanding what their role is in the community and whether they have any positive track record.’