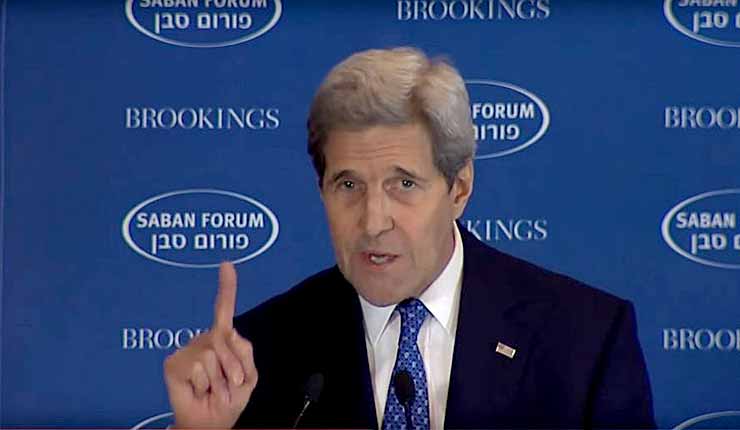 [This article is from 2004. We are adding it to add to our readers some information about John Kerry before he gives his speech about his “vision” for peace between Israel and Palestinians. This speech, like the Dec 23 2016 vote allowing a terrible anti-Israel #UNSC resolution will be a betrayal of Israel. We wish to note that we are not surprised. In order to kick-start his political career, he exploited the issue of Vietnam, betraying the very POWS suffering in terrible conditions in Vietnam. Click on the Twitter link below to see a short video on this subject]

In April 1971, when as a leader of Vietnam Veterans Against the War he gave his infamous war-bashing testimony before the Senate Foreign Relations Committee, Kerry did not stop at declaring that he and many other veterans of that conflict were war criminals.

Pointedly, Kerry also insisted that the United States had a definite obligation to make extensive economic reparations to the people of Vietnam.

Specifically, the newly discharged Navy veteran was an advocate of the so-called “People’s Peace Treaty,” a tome reportedly drafted in communist East Germany. Its nine points closely followed the enemy Viet Cong’s proposals being touted at the Paris peace talks as a quid pro quo for ending the fighting.

What rankles many Vietnam veterans today is that Kerry’s blatant advocacy of the enemy’s position occurred while hundreds of captured American fighting men suffered and languished as prisoners of war in North Vietnamese prisons.

A key provision of the enemy platform supported by Kerry:

“The Vietnamese pledge that as soon as the U.S. government publicly sets a date for total withdrawal [from Vietnam], they will enter discussion to secure the release of all American prisoners, including pilots captured while bombing North Vietnam.”

In the end, of course, the American leadership wanted nothing to do with a sham proposition that called for the withdrawal of all U.S. troops from Vietnam

Some observers suggest that the perfidy of the youthful Kerry had not much tempered by the time, when as a U.S. senator, he was frocked as chairman of the Senate Select Committee on POW/MIA Affairs in 1992.

To many, Kerry’s agenda as chairman appeared to be more about racing to the normalization of relations with Vietnam than ending the miseries of POW/MIA survivors thirsting for definitive answers as to what happened to their men.

Visiting Vietnam, Kerry repeatedly angered the homefolk by praising his former enemy for being open and reporting that he was convinced they were not holding American POWs.

In the end, Kerry and his committee determined in a 500-page final report that American POWs were left alive in Vietnam after the war but felt none were still alive. It made no attempt to identify those left behind, how they died, who killed them or where their remains might be located.

Many POW/MIA families simply didn’t believe him, and they were soon given more to ruminate on as to what could have driven Kerry to such unsatisfying and incomplete conclusions.

Shortly after Kerry declared to the world, “President Bush should reward Vietnam within a month for its increased cooperation in accounting for American MIAs,” Vietnam announced it had granted Colliers International, based in Boston, a contract worth millions.

Designating Colliers International as the exclusive real estate agent representing Vietnam, the communist regime positioned the company to rake in tens of millions of dollars in future contracts to upgrade Vietnam’s ports, railroads and other infrastructure.

The saga, however, does not end there. There remains the nettlesome matter of the document shredding.

John F. McCreary, a Defense Intelligence Agency analyst assigned to Kerry’s committee, is a member of the Virginia State Bar and consequently saw an obligation to report what he suspected was misconduct by Kerry, also an attorney governed by the lawyers’ ethics code.

A memorandum by McCreary: “Sen. John Kerry … told the Select Committee members that ‘all copies’ would be destroyed. This statement was made in the presence of the undersigned and of the Staff Chief Counsel who offered no protest.”

On April 9, 1992, McCreary verified that the original document was destroyed, as well as 14 copies.

The McCreary memo continued: “On 15 April 1992, the Staff Chief Counsel, J. William Codinha … ridiculed the Staff members for expressing their concerns; and replied, in response to questions about the potential consequences, ‘Who’s the injured party,’ and ‘How are they going to find out because its classified.’”

To defuse the growing crisis, on April 16 Kerry stated that the original documents had remained in the Office of Senate Security all along, so nothing wrong had been done.

But according to McCreary: “The Staff Director had deposited a copy of the intelligence briefing text in the Office of Senate Security at 1307 on 16 April.”

Kerry had, according to McCreary, ordered a non-original copy of the document entered into the Office of Senate Security, but only after protests from staff caused him to rethink complete destruction of the documents.

As McCreary stated at the time, this “constituted an act to cover up the destruction.”

Ironically, the Kerry campaign’s Web site states: “When John Kerry returned home from Vietnam, he joined his fellow veterans in vowing never to abandon future veterans of America’s wars. Kerry’s commitment to veterans has never wavered and stands strong to this day.”