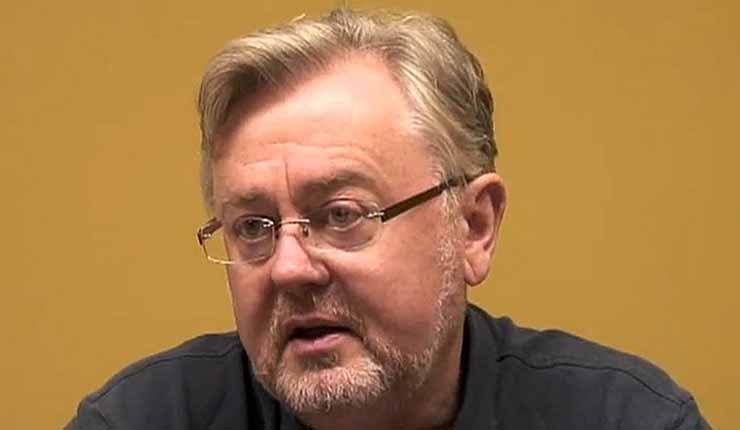 In August 2014, William Schabas was appointed to head the latest UN Human Rights Council “investigation” into alleged Israeli war crimes. This was supposed to be the culmination of his career – for many years, the Canadian academic and legal consultant had been obsessing over Israel. In October 2012, he told the audience at the pseudo-legal event known as the “Russell Tribunal on Palestine” in New York of his goal of putting Prime Minister Benjamin Netanyahu “in the dock” of the International Criminal Court (ICC) over war crimes in Gaza. The context was the January 2009 conflict, when Ehud Olmert, and not Netanyahu, was prime minister, but for Schabas, the details were irrelevant.

However, Schabas has now suddenly resigned after the exposure of his consulting job with the PLO. The failure to disclose this obvious conflict of interest violates one of the basic principles that lawyers are supposed to follow, and highlights the lack of due diligence by the United Nations Human Rights Council (UNHRC), which selected Schabas. As in many similar cases, the revelation also raises the question of other skeletons that might be hiding in his closet.

For example, there is the relationship between Schabas and Shawan Jabarin – an alleged senior PFLP activist and director of Al Haq, an NGO centrally involved in the lawfare strategy of attacking Israel by exploiting international judicial frameworks.

In 2009, Schabas wrote: “Shawan Jabarin, the director of Al Haq… has been refused the right to leave the Occupied Territory to travel to the Netherlands to receive the Guezen Medal, on behalf of his organization…Shawan is a great friend of the Irish Centre for Human Rights….” Later, under the heading of “Shawan Jabarin and Canada’s Rights and Democracy,” Schabas refers to Jabarin as “my dear friend.” (The Canadian government framework was later discovered to have secretly provided funds to Al Haq, as well as to B’tselem, and was subsequently investigated and then shut down.) Schabas also participated in a number of conferences, such as the July 2012 event organized by Al Haq and Diakonia (a radical Swedish church framework that promotes anti-Israel propaganda) entitled: “Annexation Wall: Lessons Learned and Future Strategy.” In November 2005, Schabas spoke in an Al Haq panel entitled: “From Theory to Practice: Upholding International Humanitarian Law in the Occupied Palestinian Territory.”

While Schabas has stated that the “investigation” of Israeli war crimes and the writing of his “report” is almost complete, it is clear that if this document is published, it will be morally stained and lack any legitimacy from the beginning. This stain is not only from the secret PLO consultation relationship, but goes much deeper.

The original UNHRC mandate reflects the inherent bias of a body whose agenda, appointments and sessions are controlled by the 56-nation Islamic bloc in the United Nations. The same was true for the infamous 2009 Goldstone investigation of allegations from the previous Gaza war, which even Judge Richard Goldstone denounced belatedly as lacking legitimacy and credibility.

The appointment of Schabas was designed to succeed where the Goldstone fiasco failed – to produce an indictment of Israel that could be used to promote the opening of case against Israelis in the International Criminal Court. And while his history of bias was well known at the time, and a number of delegates in the UNHRC session criticized both Schabas and the warped mandate, he was approved. (Although the European Union statement denounced the biased mandate, the members of the EU then proceeded to abstain in the vote, rather than taking the principled position and joining the US in voting against this process.) As in many such UN kangaroo courts, the case against Israel by the Schabas Commission was to be based largely on the “evidence” provided by the network of anti-Israel groups claiming a human rights agenda.

Toward this goal, in recent weeks such reports have been published by Amnesty International, Human Rights Watch, B’tselem and others. Although claiming to be investigations, each of these documents are based on a combination of unverifiable Palestinian “testimony” and aspirational international law, meaning that legal principles are invented in order to put Israel “in the dock,” to use Schabas’ terminology.

With so much evidence of failure, any continuation of this pseudo-investigation would only serve to highlight the immoral exploitation of human rights and international law as a weapon to target Israel. In contrast, the demise of the UN’s Schabas Commission would mark the long-delayed end to this farce.


Do the Palestinians Really Want a State? Obama and the UN’s outrageous assault on Israel’s legitimacy