Do the Palestinians Really Want a State? 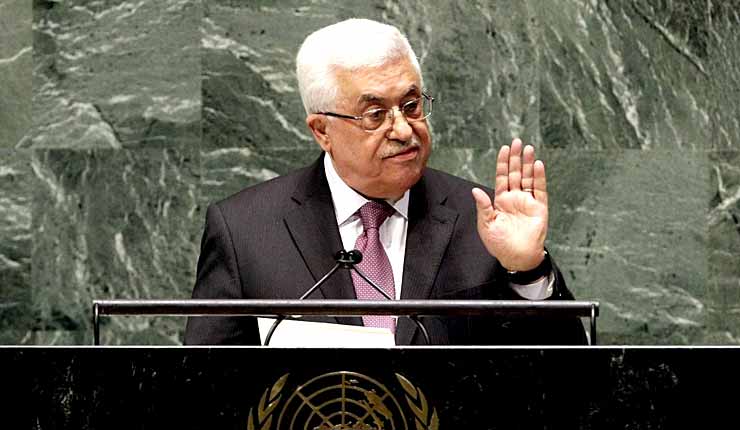 Friday’s vote at the UN Security Council will be remembered as a Pyrrhic victory for the Palestinians — and a step backward in the quest for Israeli-Palestinian peace.

In all the focus on the December 23rd vote at the UN Security Council — where 14 nations supported a resolution critical of Israel, and the US broke with longstanding policy and abstained instead of vetoing the measure — the question of underlying Palestinian motives has not been addressed.

It should be. In fact, it’s the key to the whole exercise.

First, the Palestinians have rejected one offer after another for a peaceful settlement in the past nearly 70 years. Second, and more tragically, their misguided actions now make any chance of an accord even less likely.

Friday’s UN Security Council resolution is a case in point.

If the goal was to increase the chance of Palestinian statehood alongside Israel (and not in its place), the effort was an abysmal failure, despite the lopsided vote. Those diplomats who rushed to applaud the outcome — and I’ll set aside that thuggish countries like Venezuela that don’t bring a shred of good will to the table — should think twice about what they actually achieved.

If they wanted to excoriate Israel, a longstanding vocation of too many UN member states, then they can thump their chests. But for those truly committed to advancing prospects for peace, they took a big step backwards, once again falling into the Palestinian trap.

Three things should be abundantly evident by now.

First, while Israeli settlement-building is unquestionably a highly contentious matter, the core issue in the conflict has always been the refusal by the Palestinians and their supporters to recognize Israel’s legitimacy and to negotiate in good faith towards a lasting peace deal. That was true in 1947-8, when a two-state solution was proposed by the UN; in 1967; in 2000-1; in 2008; during the 10-month (2009-10) settlement freeze that Israel adopted under Prime Minister Netanyahu in response to an American request; and in 2013-14, the most recent attempt at direct, bilateral talks facilitated by the US.

Evidence abounds for this consistent pattern of rejectionism. One particularly striking comment, as true now as then, came from an unlikely source. In 2003, the Saudi ambassador to the US was quoted in The New Yorker as saying: “It broke my heart that [PLO Chair] Arafat did not take the offer (of a two-state deal presented by Israel, with American support, in 2001). Since 1948, every time we’ve had something on the table, we say no. Then we say yes. When we say yes, it’s not on the table anymore. Then we have to deal with something less. Isn’t it about time to say yes?”

Instead of obsessively and relentlessly focusing only on Israeli actions, why aren’t UN Security Council members asking the Palestinians to explain seven decades of avoiding a settlement of the conflict on terms satisfactory to both parties?

Second, the Palestinians clearly would rather avoid the bargaining table and seek instead to internationalize the conflict. That may produce some short-term victories, given that the UN is dominated by the Arab League, Organization of Islamic Cooperation and the Non-Aligned Movement. But where has it gotten the Palestinians? Exactly nowhere — if, that is, the real aim is a Palestinian state alongside Israel.

To the contrary, this approach has only convinced many Israelis that the Palestinian leadership has no real interest in finding a solution, only in waging a struggle.

And third, shouldn’t the responsible members of the international community push the pause button and look more closely at how peace might best be attained?

Israel has enduring treaties with Egypt and Jordan. In both cases, these were reached not through the UN, but rather via face-to-face talks. Israel made unprecedented territorial concessions of land it obtained in the 1967 war of self-defense, but it did so confident that Egyptian President Sadat and Jordan King Hussein had made sincere decisions to abandon war with the Jewish state.

Every poll in Israel has shown that a majority of Israelis are supportive of a two-state accord with the Palestinians, but, at the same time, deeply skeptical of Palestinian sincerity. And why shouldn’t Israelis have doubts? Palestinian Authority President Abbas, in the 11th year of his four-year term, talks out of both sides of his mouth, claiming he wants a deal, but then resorting to incitement, refusing to sit down with Israeli leaders, trying to corner Israel diplomatically and presiding, if that’s the term, over a deeply divided West Bank-Hamas polity.

Instead of infantilizing and coddling the Palestinians, isn’t it time to see their actions for what they truly are, and to help create conditions for tangible progress?

When Palestinian leaders emerge who grasp the legacies of President Sadat and King Hussein, extend the front, not the back, of their hand to Israel, and recognize that the legitimate concerns of Israelis must also be addressed in the peace process, then they will find a willing partner. Given his hawkish political background, Menachem Begin may have seemed an improbable candidate to evacuate the vast buffer space, oil deposits, and air force bases of Sinai — but he did so to the last grain of sand for the sake of peace with Egypt.

In other words, history lessons abound, even if history students don’t appear to be in overabundance at the UN these days.

Friday’s vote at the UN Security Council will be remembered as a Pyrrhic victory for the Palestinians — and a step backward in the quest for Israeli-Palestinian peace.


Schoolchildren BANNED from singing "Silent Night" over fears it will OFFEND other religions Scandal at the UN: Head official in UN Human Rights Council , William Schabas, resigns after exposure he also held top job with the ... PLO

One thought on “Do the Palestinians Really Want a State?”