Obama and the UN’s outrageous assault on Israel’s legitimacy 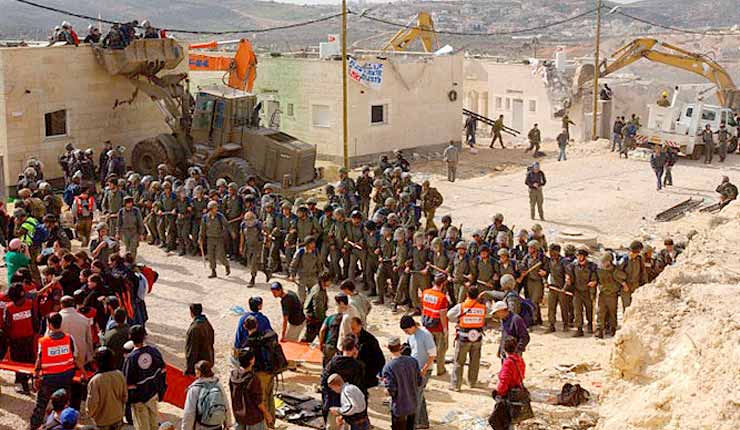 Security Council Resolution 2334 condemning Israeli house building in the West Bank including East Jerusalem is itself illegal, unjust and immoral. It will undermine, not advance the cause of peace and lead to increased hatred, violence and death in Israel and even beyond.

East Jerusalem and the entire West Bank constitutes disputed territory rather than being occupied, as the UN falsely insists. The final status of these lands must be mutually agreed in bilateral negotiations between the parties, in accordance with the legally-binding Oslo Accords which the Security Council now treats with contempt.

In her speech following Friday’s resolution, US Ambassador Samantha Power reaffirmed her country’s policy of blocking ‘any resolution that we thought would undermine Israel’s security’.

But her failure to block Resolution 2334 does exactly that. The Palestinian leadership has already hailed the Security Council vote as a victory for them and a defeat for Israel. Historically every such ‘victory’ has emboldened them to increase violence against Israel. This resolution, and Israel’s entirely warranted refusal to implement it, will undoubtedly be used to justify escalating hatred, violence and killing.

It is exactly this type of attitude by international bodies such as the UN and EU, political leaders and human rights groups, that has led to round after round of Palestinian brutality in the West Bank and in Israel proper and to terrorist attacks launched from Gaza, Sinai, Syria and Lebanon.

The pattern is familiar: hold Israel responsible for failure in the peace process, condemn its military and political actions and, almost as an afterthought, dispense token, non-specific admonishment of Palestinian behavior. The outcome is always the same: Palestinian aggression, Israeli defensive action and consequent death and suffering on both sides. If this does not undermine Israel’s security it is hard to know what does.

Nor will the violence stop at Israel’s borders. Extremists around the world will have their Jew hatred stoked by this resolution, finding in the words of the UN Security Council the justification for murderous jihadist attacks.

This resolution will also encourage and strengthen the anti-Israel Boycott Divestment and Sanctions (BDS) movement around the world, which will result in greater isolation and demonization of the Jewish state. It will increase the growing anti-Semitism in the West, where today Jews and their communities, are subject to intolerable psychological, verbal and physical abuse – especially on university campuses.

What it will not achieve is any stability or progress in the peace process. It is not so-called settlements that have undermined or got in the way of peace between Israelis and Palestinians. It is the total intransigence of the Palestinian leadership, their refusal to make any concessions for peace and their uncompromising rejection of a Jewish state in any boundaries. In modern times, unprovoked Arab violence against Jews in the territory of Israel has gone on throughout the 19th and 20th centuries, well before the foundation of the State or the beginnings of West Bank settlements.

Whatever the UN Security Council might like to believe, if every settlement were torn down we would still not be one step closer to peace. In fact we would be farther from it, as Palestinian leaders sensed victory and pressed on towards their only goal, which is Arab domination of the entire land, from the River Jordan to the Mediterranean Sea.

So what was the real purpose of UN Security Council Resolution 2334? Something that our organisation, the Friends of Israel Initiative, has fought against since it was founded by former Spanish President Jose Maria Aznar: the delegitimization of the State of Israel. Even the UN Secretary General, Ban Ki Moon, now at the end of his term of office, admitted last week the grotesque bias and hypocrisy of the UN towards Israel, to the extent that it has ‘foiled the ability of the UN to fulfill its role effectively’.

Successive US presidents have sought to protect Israel from this disgraceful bias that it alone of all countries faces, often by vetoing unjust Security Council resolutions that single Israel out for international attack. Until now.

It is no good President Obama’s staff pretending that the decision to abstain was made on the spur of the moment. Instead it has been long planned. We have known of the president’s intention to lash out at Israel in this precise way and at this precise time for over a year. We believe he would have done so whether it was Hillary Clinton or Donald Trump that succeeded him. The undoubted difficulties this move imposes on the next president are considered secondary to the need to make a final strike at Israel and to bolster his own legacy.

We remain confident that President-elect Trump, as he has already indicated, will act decisively to mitigate the damage done to Israel and to increase stability between the two sides. As well as taking a long, hard look at the UN itself, we would urge him to cease incentivizing and funding Palestinian violence and intransigence that has been the result of President Obama’s misguided policies and those of so many other world leaders, especially in Europe.

We also see a serious need to redouble global efforts against the pernicious BDS movement which, as we mention above, will have been emboldened by Resolution 2334. The BDS campaign is a racist cancer that seeks not a two-state solution but the destruction of the Jewish State through discrimination and boycotts, and encourages anti-Semitism wherever it raises its head.

Despite the unprecedented attack by President Obama and the UN Security Council we continue to see an ever-brighter future for the Jewish State, especially with the support and protection we are expecting from the Trump administration.

But we also appeal to democratic leaders everywhere, who have too often been blinded by a decades-old anti-Israel propaganda campaign. The State of Israel needs and deserves their support as well as that of the US. It is the only liberal, democratic country in the Middle East, where freedom and equality can be enjoyed by all, irrespective of race, religion, gender or sexual orientation. And for every country in the West as well as many in the Middle East, Israel remains a vitally important ally against global terrorism and insecurity.

Mr. Bardaji is the Executive Director of the Friends of Israel Initiative and the former National Security Adviser to the Spanish government.

Colonel Kemp is a board member of the Friends of Israel Initiative and the former Commander of British Forces in Afghanistan.