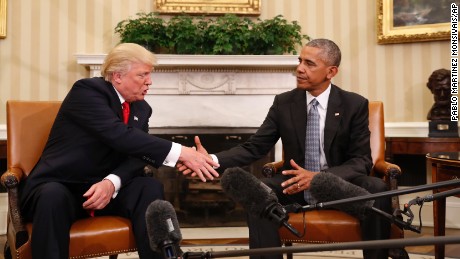 The United States could have killed a key United Nations resolution that condemned Israel for its West Bank settlements by voting against it rather than abstaining, former U.S. Ambassador John Bolton said Friday night, but he thinks President Barack Obama took the action to “box the incoming Trump administration in.”

“This was a stab in the back against the Israelis,” Bolton told Fox News’ “Hannity” show Friday night. “It was entirely predictable. I would say this for people in the pro-Israel community in the United States who defended Obama’s Middle East policy over these last eight years: You should have seen this coming and this is what you get for supporting Barack Obama.”

Obama has had a contentious relationship with Israel Prime Minister Benjamin Netanyahu over the years, Bolton conceded, but he thinks the administration’s decision to abstain from the UN vote on Friday goes deeper than that.

“I think this was an effort to box the in-coming Trump administration in, and it violates nearly 50 years of American bipartisan policy on the Middle East, going back to the iconic resolution 242 after the 1967 war.”

The proposed resolution says Israel’s occupation is “illegitimate,” said Bolton, and “therefore it has no land to give back in exchange for peace. Contrary to what the Obama administration has said, this puts a huge thumb on the scale against Israel.”

Further, Bolton said, the consequences of the revolution will be felt for many years in negative ways for both Israel and the United States.

There has been a great deal of bipartisan pushback against the decision to abstain from the resolution, but Bolton said it was “entirely foreseeable” that Obama took the action he did.

And even with the resolution, there is “not a chance” Israel will quit developing in the West Bank region, and “nor should they,”s aid Bolton.

“I do think, contrary to what Obama says, this is the death now of the two-state solution,” Bolton said. “It shows once again it’s fundamentally unworkable, and I think Netanyahu and a nearly unanimous Israeli opinion will support him on that.”

When it come to the United States, he continued, “it’s time to stand up for principle.”

“I’ve certainly advocated for a long time, which is votes in the united nations should have consequences,” said Bolton. “We’ve got two issues here, the 14 countries that voted in favor of the resolution and the United Nations as a whole.”

Bolton continued that he’d recommend that Trump call the resolution “illegitimate” and say the United States will try to repeal it, and if that fails, cut the U.S. contribution to the UN.


Outraged Mike Huckabee Slams Obama on UN Vote: 'An Insult to Israel. A flagrant violation of international law. Judea and Samaria belong to Israel' Palestinians: The Nightmare of Christians